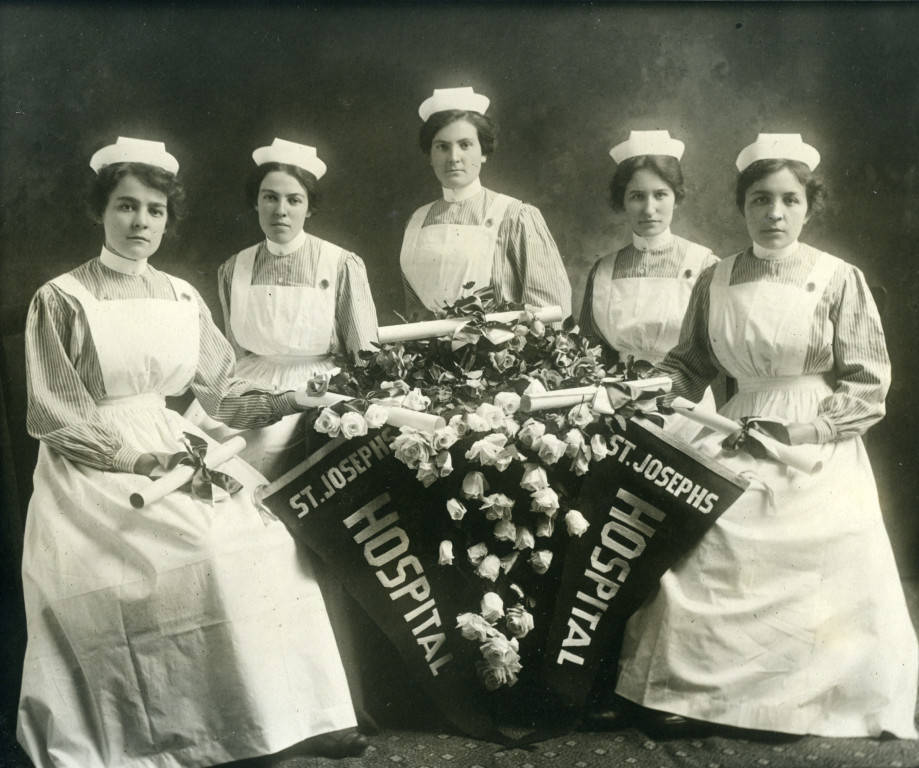 Formal nursing education in the United States had its beginnings in the late 1800s, after Florence Nightingale suggested a model for schools in England. Schools proliferated as hospitals needed nurses to care for the patients. Milwaukee was no different. The first Milwaukee schools were established in 1888 as the Wisconsin Training School for Nurses and the Milwaukee County Hospital Training School, with Trinity Hospital Training School opening the next year.[1] As can be seen in Table 1, there was rapid growth; by 1919 there were eleven active schools and two that had already closed. Also illustrated in Table 1 are the changes that occurred as schools closed, merged, changed names, or transitioned to a new institution.

Education to prepare registered nurses is unique in the way that it has progressed and changed over time. The original on-the-job training changed to programs that were one to three years in length, administered by hospitals, and referred to as diploma programs. Students were the source of labor for the hospital. In 1919 there were eleven of these hospital programs in Milwaukee (Table 1). In 1952 there were seven diploma programs remaining in Milwaukee.[2] Between 1969 and 1986, six of the programs closed. The last hospital diploma program to close was the Milwaukee County Hospital School of Nursing. In 1994 its operation was transferred to the Milwaukee School of Engineering. At the time, the Milwaukee County School of Nursing was the only diploma school in the state. There were six baccalaureate programs and two associate degree programs in the Milwaukee area.[3]

College or university programs resulting in a baccalaureate degree began to appear fairly early in the twentieth century, although these programs were not prevalent until the 1950s. In 1936 Marquette University had the first college program in the Milwaukee area. By 1952, there were two programs because Alverno College also opened a baccalaureate program. Two-year associate degree programs for nurses appeared in the 1950s as an answer to the shortage of registered nurses. The first associate degree program in the Milwaukee area opened in 1965 at the Milwaukee Institute of Technology (now Milwaukee Area Technical College). Programs giving a Master of Science or Master of Nursing degree opened beginning in the 1950s. Over time, the focus of these programs has changed from education and administration, to clinical specialists in a defined field, to nurse practitioner/advanced practice roles. Marquette University offered the first master’s degrees (1939).[4] The 1960s brought the beginning of nursing PhD programs in the United States. The University of Wisconsin-Milwaukee opened the first PhD program in the state in 1984. The newest degree program is the Doctor of Nursing Practice (DNP), a professional clinical degree. In 2008-2009 DNP programs were started by Marquette University, Concordia University of Wisconsin, and UW-Milwaukee.

To summarize, from 1888 to 2017, there have been nursing education programs that resulted in diplomas, associate degrees, baccalaureate degrees, MS and MN degrees, DNP degrees, and PhD degrees. Table 2 documents the programs that were operating in the Milwaukee area in 2017.

Between 1947 and 1967, three practical nurse programs also opened in the Milwaukee area. These are one-year programs that prepare a nurse with a more restricted role than that of a Registered Nurse. The original programs were at Milwaukee Area Technical College, Waukesha Technical Institute, and Sacred Heart School of Practical Nursing, which in the 1980s became the St. Luke’s Hospital School of Practical Nursing. In 1983 there were three programs; in 2017 there also were three programs, since St. Luke’s Medical Center had closed their program but Herzing University has opened a practical nurse program. (See Table 2).

Blank, Katie. “Jeanette Hays, the Interracial Federation of Milwaukee County, and the National Association of Colored Graduate Nurses: A Case Study of the Challenges to Gender and Race Roles in Milwaukee Nursing Schools during World War II.” MA thesis, University of Wisconsin-Milwaukee, 2011. 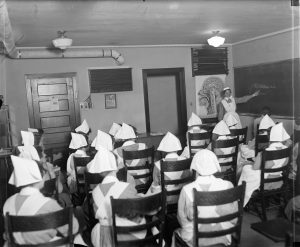 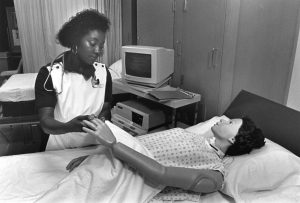 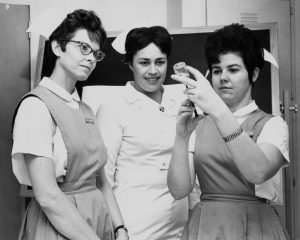 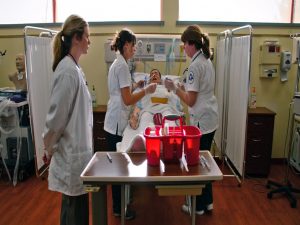