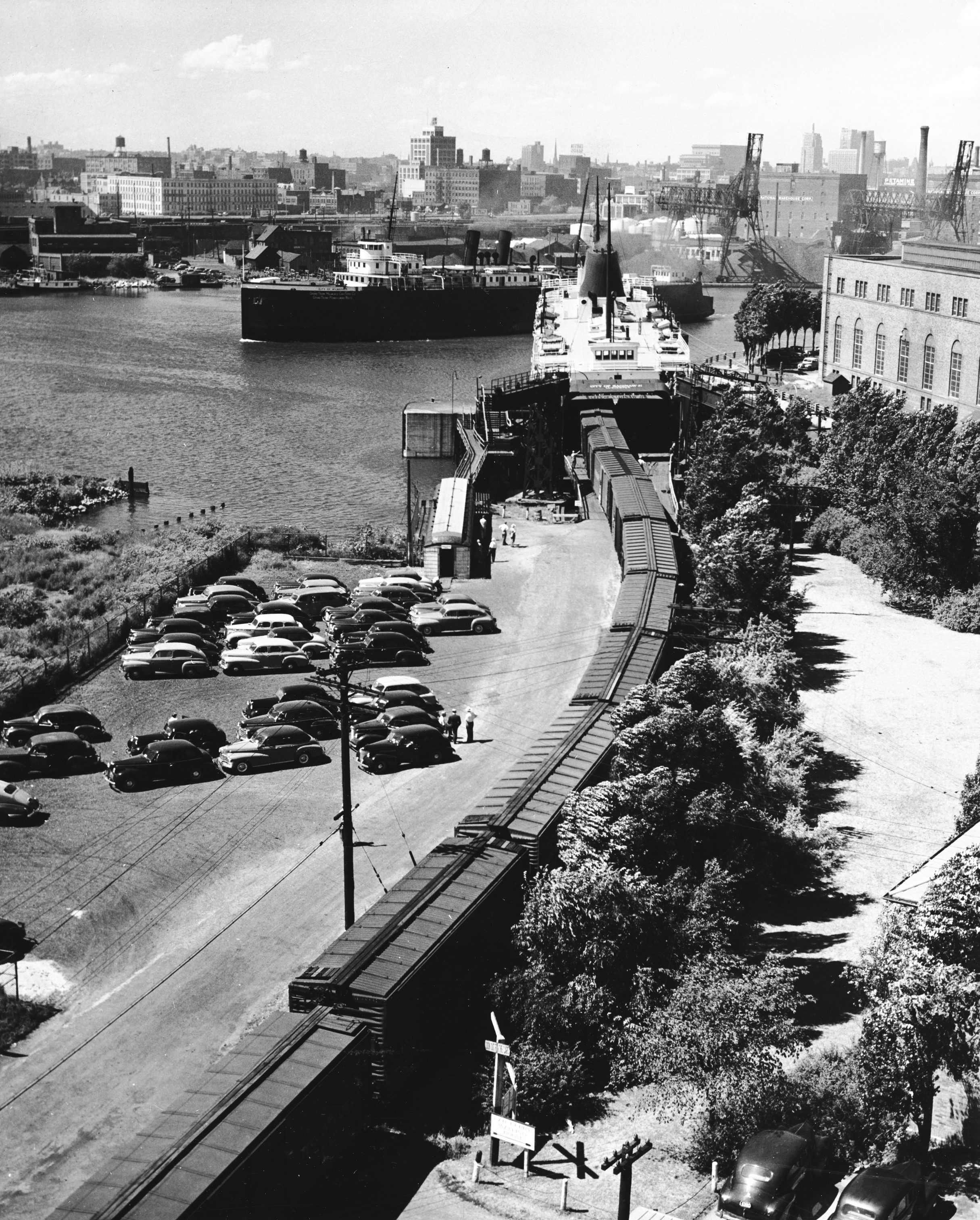 As railroads revolutionized the transportation of goods and passengers around the United States in the nineteenth century, they confronted a problem: bodies of water too big to build tracks across. The solution to this problem was car ferries, special vessels that carried railroad cars, goods, and passengers across waterways. The first self-propelled car ferry, the Leviathon, was built in Scotland in 1849. Car ferries were introduced to the Great Lakes shortly afterwards by the Buffalo & Lake Huron Railway Company.[1] As Milwaukee heavy manufacturing increased in the late nineteenth century, car ferries allowed the transport of loaded railroad cars across Lake Michigan.

The life of a crewman on a car ferry was difficult and hazardous. The normal work schedule was six hours on six hours off, seven days a week.[5] In the colder months, ice was a constant obstacle. Men used pike poles to crack open a path. Vessels were designed with thicker hulls to allow safe navigation through dangerous, cold waters.[6]

As automobile traffic increased in the United States, car ferries were redesigned to accommodate them. The S.S. Badger is the last coal-fired steamship operating in the United States. Christened with a bottle of Champagne in 1953, the S.S. Badger still runs between Manitowoc, WI, and Ludington, Michigan.[7] Although long-distance travel by ferry declined in the late twentieth century, Charles Conrad formed the Lake Michigan Carferry Service in 1992 to protect Manitowoc’s local economy against industrial decline. The S.S. Badger carries passengers and their vehicles, including cars, vans, RVs, motorcycle, and even commercial trucks.[8] The Lake Express, a high-speed ferry, transports passengers and cars between Milwaukee and Muskegon, Michigan, from May through October.[9] 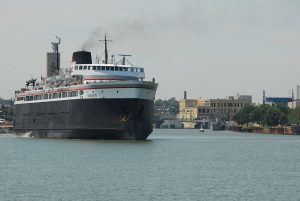 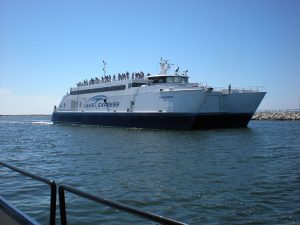