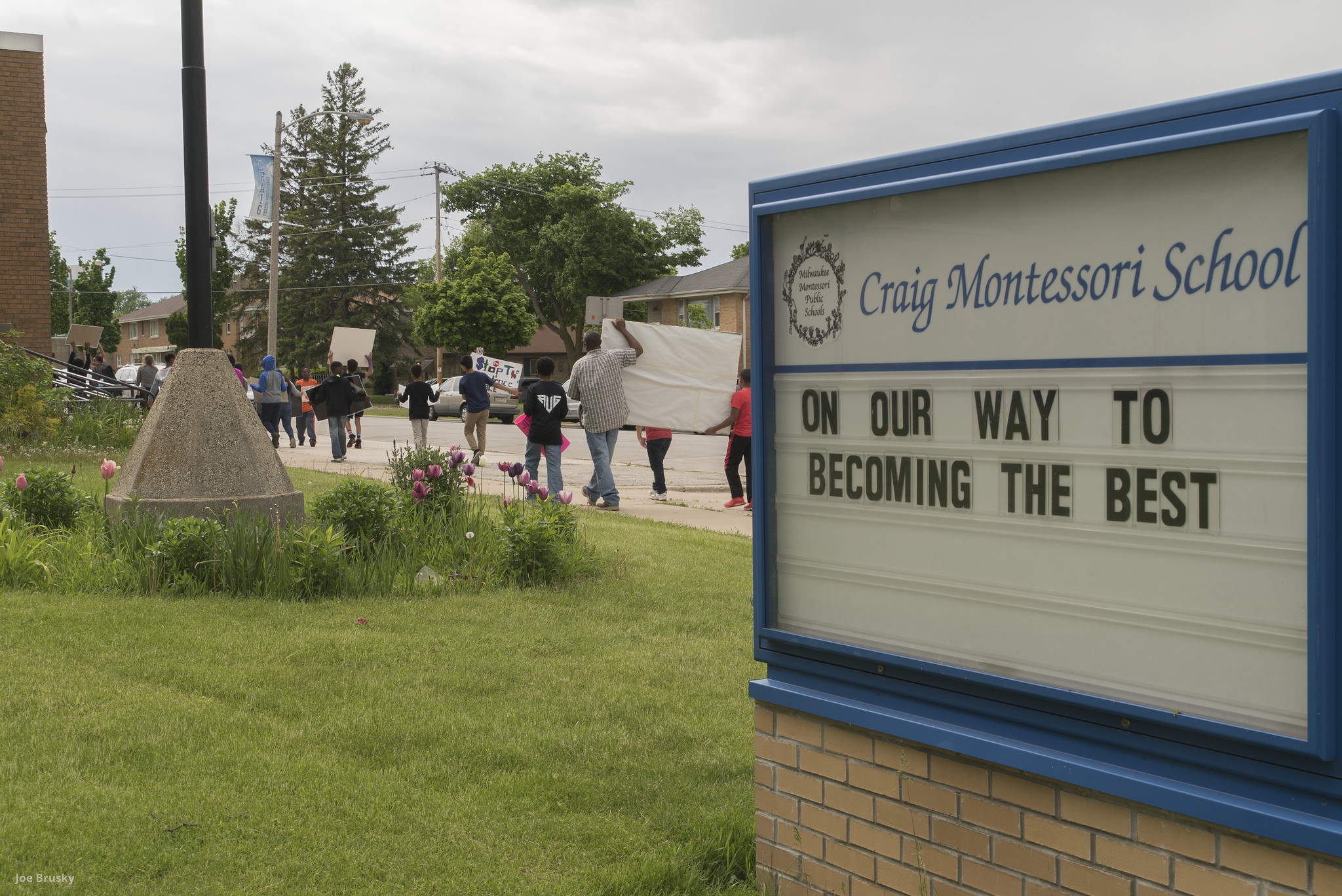 The term Montessori refers to the educational method developed by Dr. Maria Montessori (1870-1952).[1] Montessori, an Italian physician, gained world-wide recognition for an academically focused program meeting “the needs of the young child” through multi-aged groupings, constructivist curriculum, and hands-on materials.[2] A Montessori classroom is ideally an exploratory environment with young students developing self-chosen skills through carefully controlled materials, while older students are pursuing what they want to learn and attending small group presentations across the defined curriculum areas.

The first school, Milwaukee Montessori School (1961) on Milwaukee’s near West Side, was a private school led by Hildegard Solzbacher, who is credited with spreading Dr. Montessori’s methods in Milwaukee through a series of public lectures at Marquette University.

The prime factor in creating a public Montessori school was the 1976 federal court order mandating that MPS desegregate its schools. Montessori was one of several educational models selected to attract white parents to schools located in predominantly black neighborhoods, a hallmark of the Milwaukee desegregation plan. Parents who gained entry (by lottery) into MacDowell recognized an excellent educational approach. Parent advocacy led the Milwaukee Board of School Directors to gradually open additional Montessori schools.[6]

Also driving Montessori expansion in the early years was a West Side group of parents wanting Montessori education. Their effort resulted in Highland Community School (1968). The school’s three organizing themes of integration, parent power, and Montessori education gained recognition across the city.[7] In 1996 the school became the first independent charter school in Wisconsin funded by Milwaukee Public Schools. Its parent board has retained control of the school.

Even earlier, Dr. Jon and Barbara Osterkorn began Via Marsi Montessori School (1967) on Milwaukee’s West Side for Milwaukee pre-school children with exceptional educational needs. Research had shown Montessori education methods to be effective for children with disabilities. The school is now attached to the Penfield Children’s Center.

Montessori schools have increased in number and size, from approximately two hundred public school students in 1976 to over three thousand public and one thousand private school students in 2016. This number exceeds the size of several metro-Milwaukee public school districts. Along with the increase in private schools, one suburban district also began a Montessori program.[8]