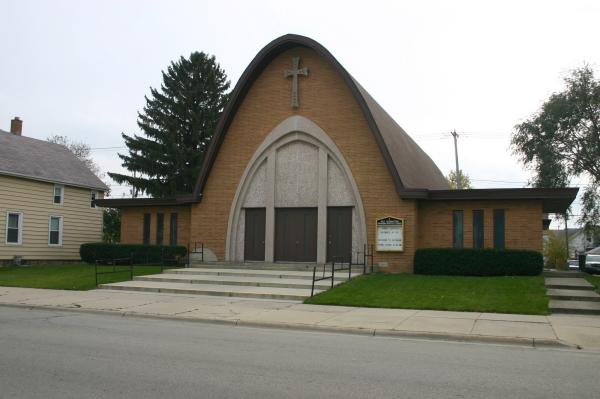 Armenia is a landlocked nation, located in the South Caucasus region of Eurasia, bordered by Georgia, Turkey, Azerbaijan, and Iran. An independent state since 1991, Armenia was part of the Ottoman Empire in the nineteenth century. From the end of World War I to 1991, it was a Soviet Socialist Republic within the USSR. Armenian immigration to the U.S. and the Milwaukee area began in the 1890s and continued unabated until US immigration restrictions in the 1920s slowed the pace.

The Armenian American community is part of one of world’s most extensive diasporas. Their heavy exodus from the Ottoman Empire began in the 1890s. In response to their organizing for self-determination, Sultan Abdul Hamid’s government orchestrated massacres in 1894 and again in 1896. This led to 60,000 Armenians fleeing to Russia and many thousands more to Syria, Palestine, and Egypt. By the mid-1890s, 2,500 Armenians were arriving in the United States each year.[1] The first Armenian settlement in America was in Watertown, Massachusetts. The Milwaukee to Kenosha corridor is home to the second oldest community. They found work in the region’s steel mills, glue factories, and meatpacking plants. A much larger contingent of Armenians later settled in Fresno and Pasadena, California. Close to eighty-five percent of the first wave of immigrants were young men. Most would never go home.

The largest Armenian immigration to Milwaukee occurred during and immediately after World War I. Under the cover of war, a new Turkish government sought to solve its “Armenian problem” through a planned extermination. Millions of Armenians were forcibly displaced. Upwards of 1.5 million were killed.[2] Milwaukee Armenians responded to the cataclysmic events, not only with relief funds but also with soldiers. Some joined the American forces in Europe. Over thirty transplanted Armenians from Tomarza in Central Turkey fought as volunteers in the Russian Army. A more sizable group of Wisconsin Armenians fought under the French flag as members of the Legion d’Orient.[3]

After the war, some surviving veterans from Milwaukee, Racine, and Kenosha counties returned with brides, many young women orphaned by the genocide. The resulting 1920s baby boom created a more vibrant community than the previous gathering of men. Armenians now began to resemble other ethnic enclaves that made up the industrial belt stretching from Milwaukee to Chicago—stalwart defenders of their ancestry, clannish, and dedicated to protecting their faith.

The first nation to adopt Christianity (about 300 AD), Armenians placed the Church at the center of their culture. As genocide survivors and immigrants, the Church also served as their communal refuge. One of the earliest US-Armenian aid associations was the Charitable and Educational Society of Tomarza, begun in 1909 by South Milwaukee congregants. Armenian women there formed a Ladies Auxiliary to assimilate the stream of refugees arriving throughout the 1920s and 1930s. [4] However, the murder of Archbishop Tourian on Christmas Eve in 1933 in New York City, attributed to an anti-Soviet faction opposed to his appointment, divided the Armenian community.[5] In southeastern Wisconsin, South Milwaukee’s Holy Resurrection Church, St. John of West Allis, and St. Mesrob of Racine remained members of the Diocese of Armenian Church in America with its Holy See at Echmiadzin, in the Republic of Armenia. A splinter group created St. Hagop, in Racine, which joined the Prelacy of the Armenian Apostolic Church in Antelias, Lebanon.

Time, Armenia’s independence from the Soviet Union in the early 1990s, and the one hundredth anniversary commemoration of the genocide in 2015 helped heal the rift. So too have the community’s efforts to assist Armenian refugees of the Syrian civil war, where tens of thousands of genocide survivors relocated. Today, forty-four percent of Wisconsin Armenians live in the southeastern metropolitan areas, comprising the fifteenth largest Armenian community in the United States, with between two and three thousand members.[6]