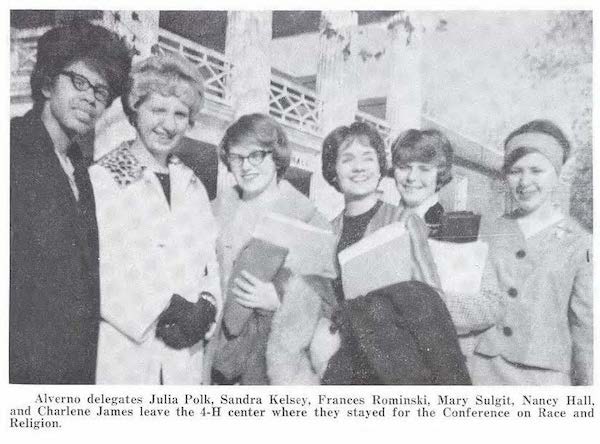 Alverno College, a Catholic women’s liberal arts college on Milwaukee’s South Side, is most recognized for its role as an international leader in non-graded, ability-based education.[1] That distinction is closely tied to its founding order, the School Sisters of St. Francis (SSSF), and this order’s dedication to the education of all women across Milwaukee.

Alverno College evolved from three post-secondary institutions in Milwaukee. The first, St. Joseph’s Normal School, was founded in 1887 within the original SSSF motherhouse on Layton Boulevard. The school was established to educate female religious to teach within Catholic parish schools. It became Alverno Teachers College in 1936. St. Joseph’s Convent Conservatory of Music was established in 1924 to train sisters to assist and develop liturgical music for Catholic parishes. And, finally in 1930, the Sacred Heart School of Nursing was founded as a way of furthering the service that the School Sisters could provide to the larger community.[2]

Between 1942 and 1948, Mother Corona Wirfs, Superior General of the School Sisters of St. Francis, guided the merger of Alverno Teachers College, St. Joseph’s Convent Conservatory of Music, and the Sacred Heart School of Nursing into a single, four-year liberal arts college. Alverno Teachers College officially changed its name to Alverno College in August of 1946.[3] Nearly a year and a half later, Sister Augustine Scheele, SSSF, became the first nun to officially take the title of president of Alverno College. That same month, January 1948, Alverno began to admit laywomen as a way of expanding its mission beyond the training of the religious community alone. To respond to the subsequent demand for its programs, Scheele led the campaign to physically consolidate the schools by building the 39th Street and Morgan Avenue campus that opened in the fall of 1953.[4]

Alverno’s first lay board of trustees was founded in February 1968 and was led by women’s rights activist and University of Wisconsin-Madison professor Kay Clarenbach. In that same year, Sister Joel Read was appointed the sixth president of the college. Clarenbach, Read, and Sister Austin Doherty, SSSF, were significant leaders in the Midwest and national women’s movement. All three were founding members of the National Organization for Women. Under their leadership, the faculty, staff, and students of Alverno College carried out a radical transformation of its curriculum. Alverno’s Research Center on Women (1970), childcare or Early Learning Center (1970), internship program (1971), ability-based curriculum (1973), and Weekend College (1977) all developed in response to the various needs of Milwaukee women that emerged out of the women’s movement and in an effort to boost enrollment at the college.[5]

Since its transformation in the 1970s, Alverno has been repeatedly recognized as a national leader in liberal arts education. For example, in 1996 it was awarded a John D. and Catherine T. MacArthur Foundation grant in recognition of its “distinctive approach to liberal arts education.”[6] In the same year, Alverno offered its first graduate program, a Master of Arts for Teachers/Trainers. The college’s graduate programs have expanded to include opportunities for both women and men in business, education, nursing, and psychology.[7]

Alverno College was named Wisconsin’s first Hispanic Serving Institution (HSI) by the United States Department of Education in November 2017.[8] This HSI distinction reflects the institution’s ongoing commitment to serving and responding to the needs of women throughout the Milwaukee community. 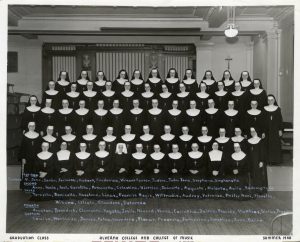 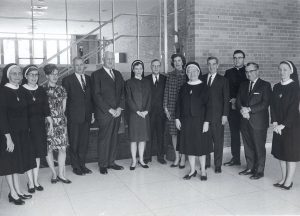 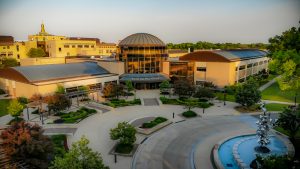