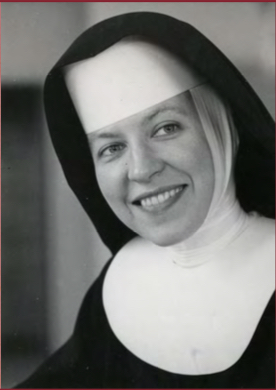 Sister Joel Read, SSSF, was the central figure in transforming Alverno College on Milwaukee’s South Side from a small, religious-oriented institution run by the School Sisters of Saint Francis into a pioneer in programs serving non-traditional students and measuring student success in innovative ways. During her thirty-five years as president of Alverno, Read became a leading figure nationally in promoting improvements and expanding availability of college education.

Janice Anne Read was born in 1925 and grew up in the Chicago area and in New Jersey. In 1948, she received a bachelor’s degree in education from Alverno. After teaching at several locations, she obtained a master’s degree in history from Fordham University before returning to Alverno in 1955 as a history professor. In 1968, she was named president as the college transitioned to being run by a lay board of trustees. She served until 2003.

Under Read’s leadership, Alverno became one of the first colleges in the country to offer weekend and part-time programs for women looking to change careers or entering the work force after years away from formal schooling. The college also had considerable success in encouraging enrollment of African American and Hispanic women, as well as women who were the first in their family to go to college. Alverno pioneered an approach to evaluating students based on their success in developing “abilities” in eight areas, rather than through a conventional grading system. For many years, this abilities approach brought educators from around the world to see how Alverno implemented such a system.

Read served as president of the American Association for Higher Education, was one of the founders of the National Organization for Women, and received numerous awards, including from the Harvard University Graduate School of Education. She served in many roles with national organizations seeking to improve educational excellence and increase innovation. She was a role model herself of a life-long learner. She continued to read voluminously and to challenge people around her to learn and do more until days before her death at 91 in 2017.

Borsuk, Alan. “Alverno College’s Sister Joel Read Was a Legend among Us.” Milwaukee Journal Sentinel, May 27, 2017.