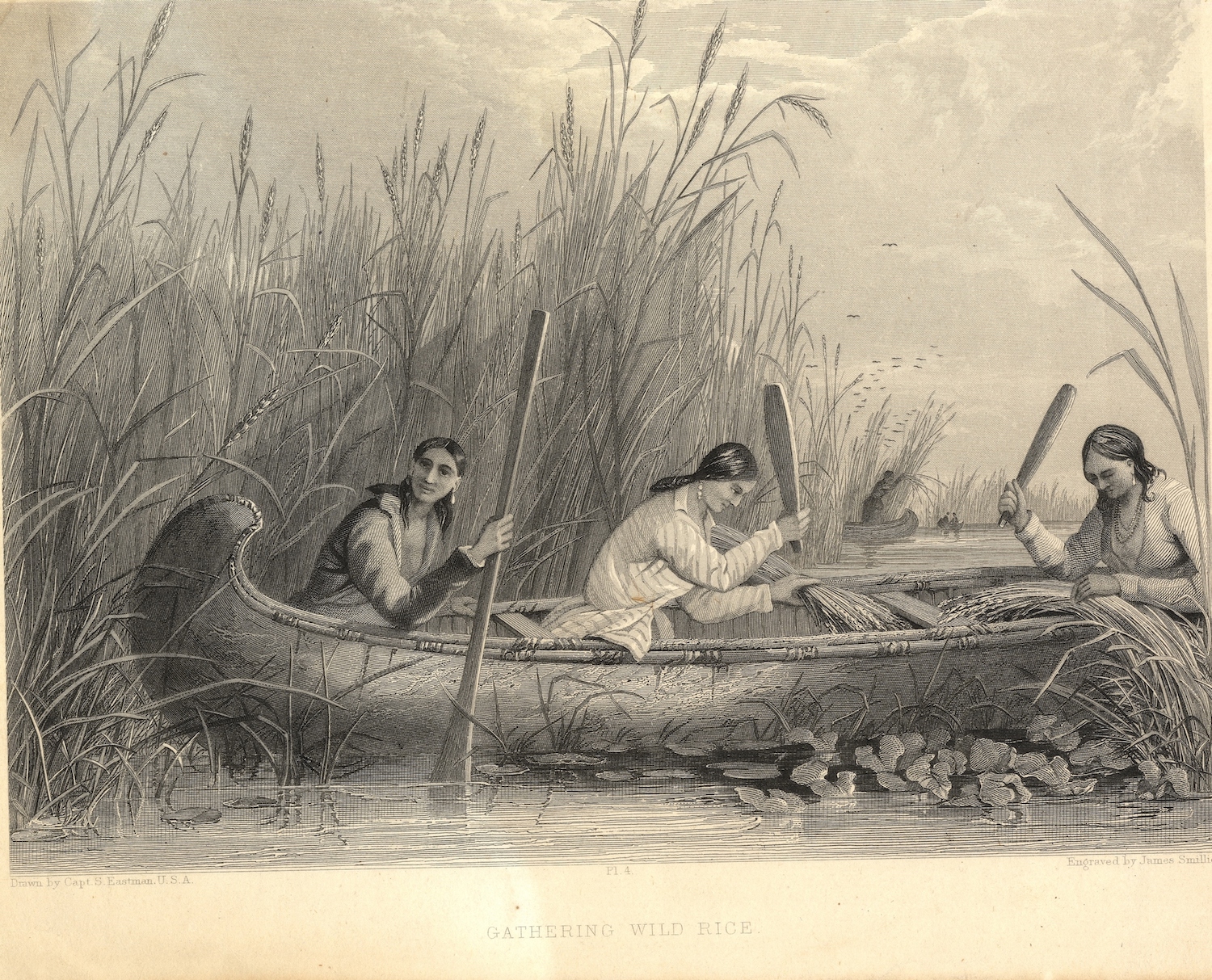 Wild rice was and is a staple food crop for the Native American tribes of Wisconsin. Indeed, the Menominee, one of the major tribes in the Milwaukee area, were called “the Wild Rice People” by Europeans.[1] Traditionally grown in shallows at the edges of lakes and ponds, wild rice is harvested in the fall by hand from ricing canoes. Paddles, referred to as knockers, are used to shake the grains of rice off their stems and into the bottom of the canoes. The ripening of the rice is monitored by a wild rice chief appointed by the tribe, who, along with state agency officials, decides when the harvest will begin. Rice is not harvested all at once. It ripens at different times in different parts of the state, and is generally harvested on alternating days, giving the plants time to recover from the first rounds of collection.[2] Although wild rice cultivation was once possible in areas as far south as Milwaukee, now wild rice is grown mostly in the northern part of Wisconsin.[3]

Aside from its use as a food source, wild rice is a cultural focal point of area Native Americans tribes such as the Ojibwe and Potawatomi. Typically, a powwow or feast is held around the time of the wild rice harvest, in late August or September. It was prophesized that the Ojibwe would find wild rice, food that floats on the water, when they moved to the Great Lakes from what is now the northeastern United States. Because of this, wild rice, called manoomin by the Ojibwe, is considered a sacred gift.[4]