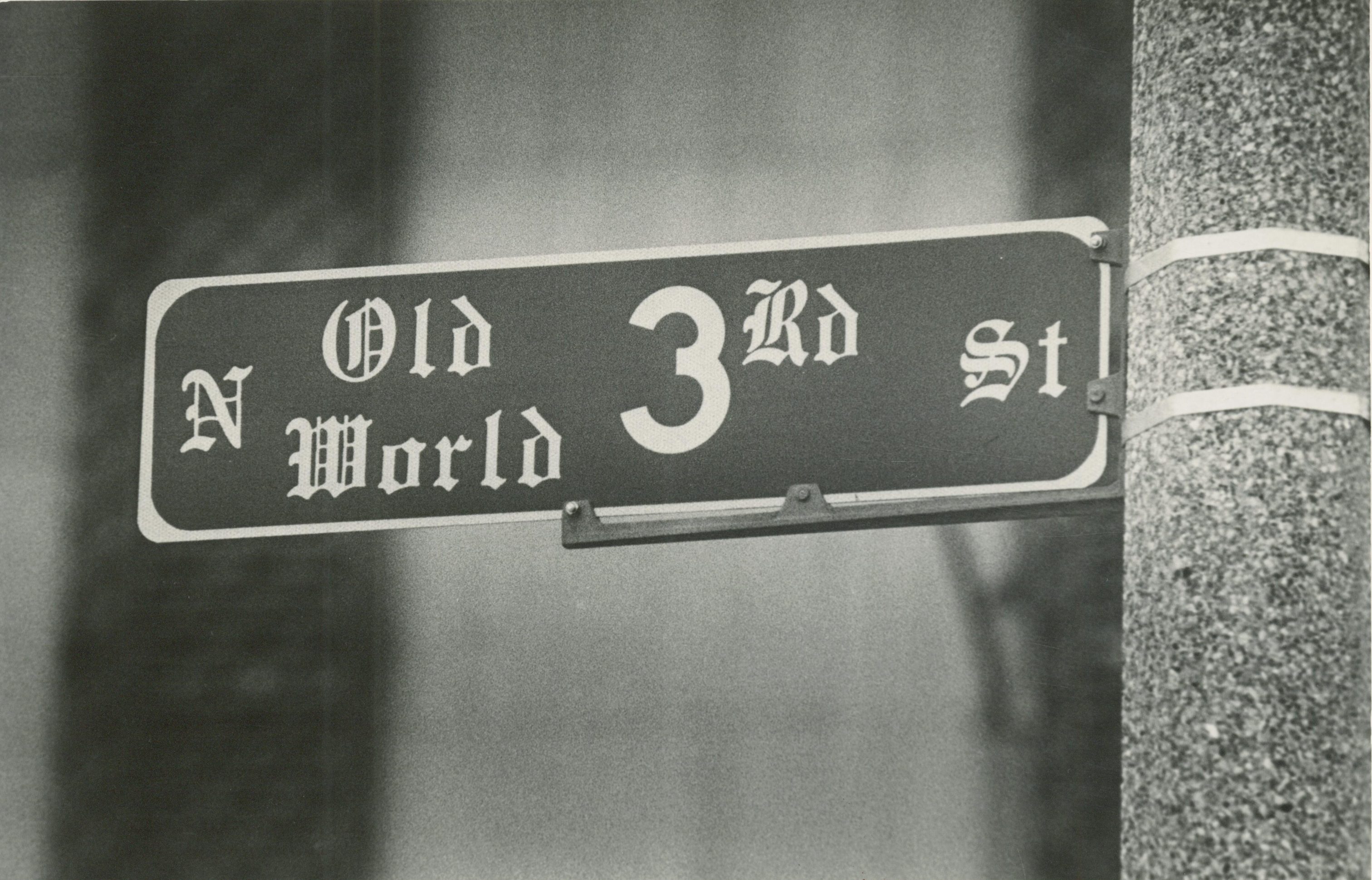 The city of Milwaukee combined three formerly competing villages when it incorporated in 1846. Because the villages had been striving to be unique, each had its own street layout and street-naming scheme. Juneautown, east of the Milwaukee River, was named for its French Canadian fur-trading founder, Solomon Juneau. Many of its streets were given the names of nationally known men like Jefferson, Jackson, Van Buren, Marshall, and Astor, as well as regional figures like Cass, Mason, and Biddle. Kilbourntown, the namesake of civil engineer and speculator Byron Kilbourn, west of the river, christened many of its streets with tree names. The north-south streets were numbered as they are today. Because the streets of the two communities did not line up with one another, the bridges that crossed the Milwaukee River were built at odd angles and the streets leading to the bridge had different names on each side. Walker’s Point, the third village, founded by speculator George Walker, featured both different names and also a different set of numbers. These numbered streets carried the generic “Avenue” rather than “Street” designation and did not correspond to the streets that continued into Kilbourntown. A traveler leaving Walker’s Point on First Avenue and crossing the Menomonee River arrived on Sixth Street when entering Kilbourntown. The consolidation of the three villages provided variety in street nomenclature but created confusion for residents and visitors alike for nearly a century.

As the city grew, the number of street names increased and so did popular frustration. Developers had free reign in labeling streets in their new subdivisions, frequently naming them for themselves or family members. They often paid no attention to how the names lined up with their new byways, creating a situation where thoroughfares had multiple names along their length. In other cases, the same name was used for different streets.

Throughout the nineteenth century, aldermen used their renaming powers to change street names. Sometimes it was to honor, as when they renamed two streets for presidential contenders Winfield Scott and Franklin Pierce in 1853.[1] Other times it was to reduce confusion. For example, a North Point developer created a grid of numbered streets in one direction and numbered avenues in another, duplicating the city’s other numbered street schemes. This was too much for city officials; they passed an ordinance redubbing these numbered streets, some of them for the Walter Scott novels Kenilworth, Woodstock, and Ivanhoe.[2]

Milwaukee was not the only city where it was difficult to find an address. By the early twentieth century postmasters around the United States were fighting to make it easier to deliver mail. In Milwaukee in 1913 Mayor Gerhard Bading and the Common Council appointed a committee to study the problem and look into solutions used by other cities. They chose the Philadelphia system for address numbering, which added 100 for each block from a baseline.[3] The committee also recommended that a street have only one name along its length, eliminating duplicate names, and purging similar sounding names. There was general agreement that changes were necessary, but no one wanted their street to have a different name. A second committee was formed in 1921, but when it could not agree with the City Engineer on what baselines to use, Mayor Daniel Hoan disbanded it. He turned to the City Engineer’s office for a plan that was soon accepted.

Assigning only one name to a street took more than eighty names off the city’s street map. Some multi-named streets kept one of their names (e.g. Grand Avenue and Wisconsin Street became Wisconsin Avenue), while others were given an entirely new name (e.g. Cedar and Biddle Streets were renamed Kilbourn Avenue).[4] Replacing the names of duplicates like Chicago, Franklin, and Menomonee, and triplicates such as Garden, Highland, and Juneau, added sixty new names. Sound-alike names were also abolished. Allen Street was deemed too much like Ellen Street, as was Alten Street, so both were changed.[5] Many of the new names memorialized past civic leaders, like former mayors (Peter) Somers and (George) Peck and industrialist (Theodore) Vilter. Lastly, the numbered “avenues” on the south side were changed to “streets” and were recalibrated to line up with the north side scheme.

The City Engineer’s office retained the authority for naming streets after the renaming era. It memorialized the names of city employees like (Edward) Petersik and (Donald) Sleske on street signs. In the mid-1960s aldermen, who already had the authority to rename streets, decided they should also name new streets in their districts. Alderman Clarence Miller named streets Andrea, Allyn, Angela, Michele, and Beatrice for family members.

In the 1980s, after a request to rename Third Street for Martin Luther King, aldermen broke with the philosophy of a street having only one name. Merchants on the downtown portion of Third Street felt the new name would harm their businesses and proposed that the downtown section be named Old World Third Street to reflect the traditional businesses located on it. In 1984 the aldermen accepted both proposals, while leaving the section south of downtown as Third Street, resulting in three different names for the street. Aldermen have continued this new policy by naming a part of Sixteenth Street for civil rights activist Cesar Chavez and a section of Seventh Street for astronaut James Lovell. Exclusive of numbered streets, the city has over 800 street names. With this new strategy, that number is likely to continue to grow. 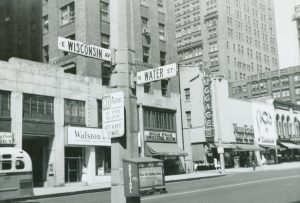 The primary resource for converting pre-1930 addresses to the new address system is Wright’s Street Guide Supplement Directory of Milwaukee for 1930 (Milwaukee: Alfred G Wright, 1931). The Supplement is alphabetical by street name. Copies are accessible to researchers at the Milwaukee Central Public Library and the Milwaukee County Historical Society. The Society also makes it available at their website on the Street Conversions page (http://www.milwaukeehistory.net/street-name-conversion/).

Only street names current at the time of the conversion have entries in the Supplement. So converting 179 Biddle Street, a street name no longer in use in 1930, to the new system requires an additional step. There are several resources for converting old street names to new names. The most comprehensive is the Milwaukee Street Names card file in the Humanities Department of the Milwaukee Central Library. The card entry for Biddle Street indicates that the street name was changed to E. Kilbourn in 1929. With that information the Supplement can be consulted for the new address for 179 E. Kilbourn Avenue, which is 609 E. Kilbourn Avenue.

There are two online resources for converting old street names to new street names. The more comprehensive of the two is “Links to the Past, Milwaukee Street Name Changes” (http://www.linkstothepast.com/milwaukee/mkestreets1.php). The Milwaukee County Historical Society website mentioned above also has a less comprehensive list under “Street Name Conversions.”