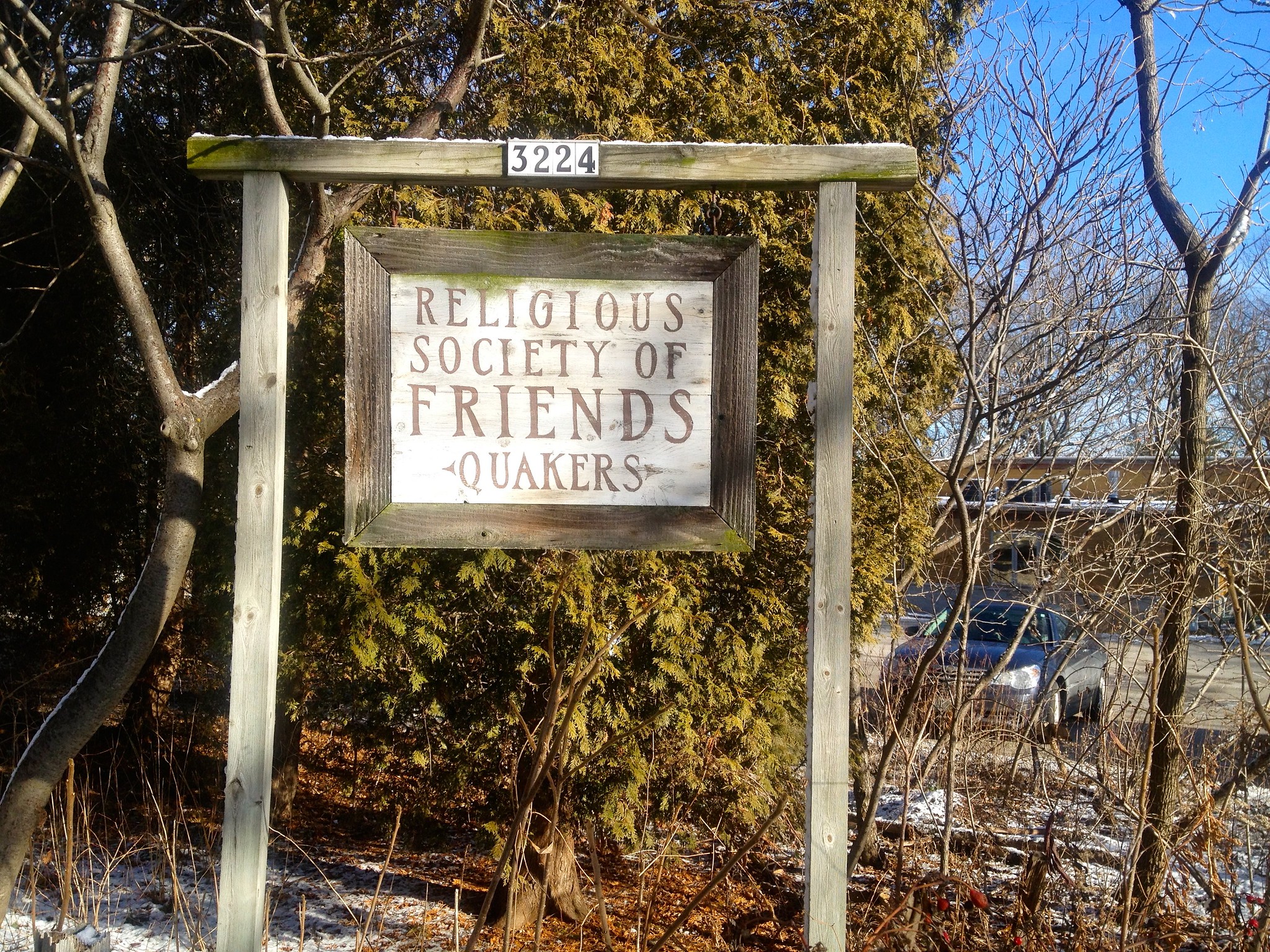 The Milwaukee Friends Meeting, like its counterpart in Madison, arose from the pacifist movements of the 1920s and 1930s.[2] Bolstered by traditional Quaker pacifism, Milwaukee Friends began meeting in homes and borrowed spaces in the early 1940s.[3] In 1950, the Milwaukee Monthly Meeting was regionally recognized as part of the Illinois and Western Yearly Meetings.[4] The Milwaukee congregation is now part of the Upper Midwest’s Northern Yearly Meeting.[5] In 1964, a worship group affiliated with the Milwaukee Meeting began in Waukesha County.[6] Both groups met in temporary spaces, including YMCAs and church buildings, until the opening of the Milwaukee Meeting’s Riverwest Meetinghouse in 1984.[7] As of 2010, the two congregations included 163 adherents.[8]

Although small in number, Milwaukee’s Quakers have had a lasting impact on social and environmental concerns. In addition to coordinating with the American Friends Service Committee, the Milwaukee Meeting has counted several peace and social justice activists among its members.[9] In 1976, as part of its search for a permanent meetinghouse, the Milwaukee Meeting agreed to establish a nature preserve on the former farmland owned by Milwaukee schoolteacher Anita Koenen.[10] Maintained and used by the Quaker and local communities since its founding in 1980, the Anita and Jacob Koenen Land Preserve fosters indigenous vegetation along the Milwaukee River.[11] The Quaker Meetinghouse, expanded in 2001, is located on the Preserve.[12]