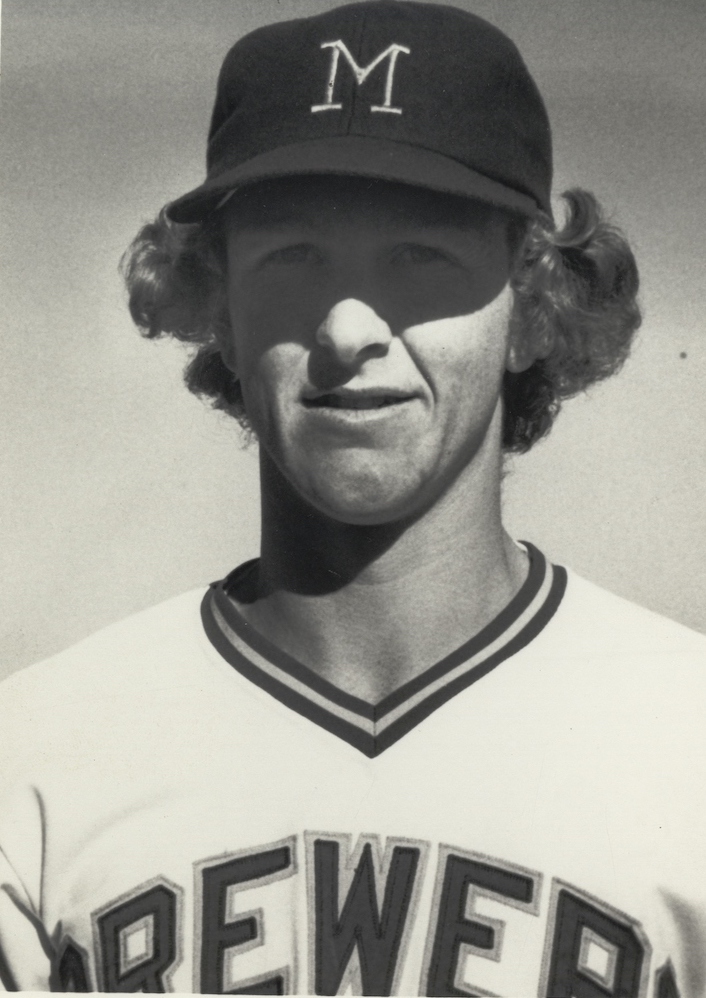 Drafted at age eighteen, Robin Yount became an everyday starter for the Milwaukee Brewers in his first season and played his entire major league baseball career (1974-1993) with the Brewers. Yount led the team to the World Series in 1982 and earned two league MVP awards (shortstop, 1982; centerfield, 1989). Collecting more hits during the 1980s than any other MLB player, Yount finished his career with 3,142 hits and 251 homeruns.[1] A three-time All-Star, Yount holds Brewers’ team records for games played, runs scored, hits, doubles, triples, homeruns, and runs batted in.[2] He was inducted into the Baseball Hall of Fame in 1999.[3]