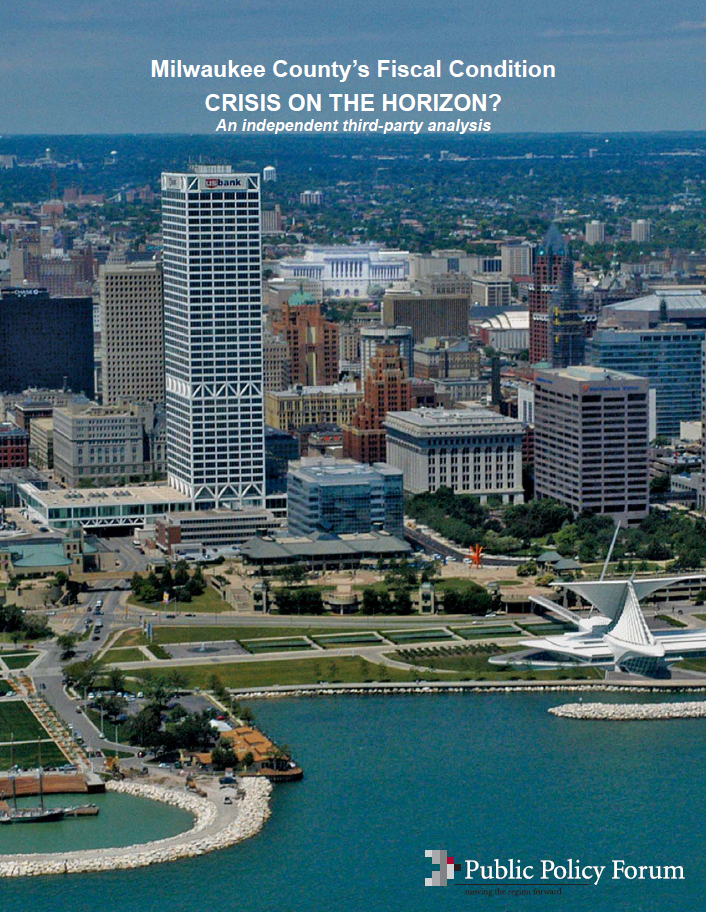 Milwaukee’s Public Policy Forum is a non-partisan, government watchdog group that since its 1913 founding has continuously provided independent, non-partisan research and analysis of local municipalities’ activities and public policy issues.[1]

From its founding until today, the group has wielded great influence with local governments and in the media. The Forum earned a reputation for independence, tenacity, and professional research. Over its history, the Forum has issued more than a thousand reports, studies, and whitepapers, and its leaders have monitored local government activities in part by attending hundreds of official public meetings.[2]

The non-profit Forum’s creation in the early years of the twentieth century was rooted in two divergent movements of the time: Milwaukee’s good-government Socialism and so-called private “efficiency bureaus” then existing in many cities around the U.S.[3]

Socialists on the Milwaukee Common Council in 1910 created the Forum’s local forerunner—a city-run agency called the Milwaukee Bureau of Economy and Efficiency. In its short existence, the city bureau issued 20 detailed surveys and reports on issues such as housing conditions, women’s wages, and industrial accidents. But despite its impressive research, the city abolished the bureau after Socialists lost power in the 1912 city elections.[4]

Top Milwaukee corporate leaders appreciated the work of the city bureau and lamented its demise. These business executives decided to create a private, non-profit watchdog entity focused on Milwaukee government, and they used the efficiency bureau movement as inspiration.[5]

After commissioning the New York City bureau to conduct a preliminary survey of Milwaukee government, the business leaders on May 26, 1913, formed the Milwaukee Citizens’ Bureau of Municipal Efficiency. (It has since been renamed several times and is now called the Public Policy Forum.) They elected as the first board president, August H. Vogel, who was a top executive of the prominent Pfister & Vogel Leather Co. and the son of the company’s co-founder. Other board members and associates were also members of Milwaukee industrial legacies, with well-known last names such as Pabst, Uihlein, Plankinton, and Gallun. They hired as its first executive director a New Yorker who had worked at other municipal efficiency bureaus around the country, Thomas L. Hinckley.[6]

In its earlier years, the forum focused on improving and professionalizing basic government functions and services. Study topics from 1913 to 1945 included central purchasing, playgrounds, bond budgets, gas taxes, police administration, taxation systems, sewage facilities, and housing sanitation codes. From 1945 through 1984, the forum was run by a single director, Norman Gill, who focused on government budgets and consolidation of the functions of various units of government.[7]

Most recently, the Forum has continued to differentiate itself from partisan think tanks as a source of truly independent analysis. It has strengthened its independence by diversifying its board leadership, adding non-profit members, and funding sources beyond business interests. The Forum today has expanded its areas of interest to include broader public policy issues. Contemporary topics have included school choice, race, regionalism, early childhood education, transit, county government, and cultural institutions.[8]

In November of 2017, the Forum merged with the Wisconsin Taxpayers Alliance, creating a new organization entitled the Wisconsin Policy Forum.[9]