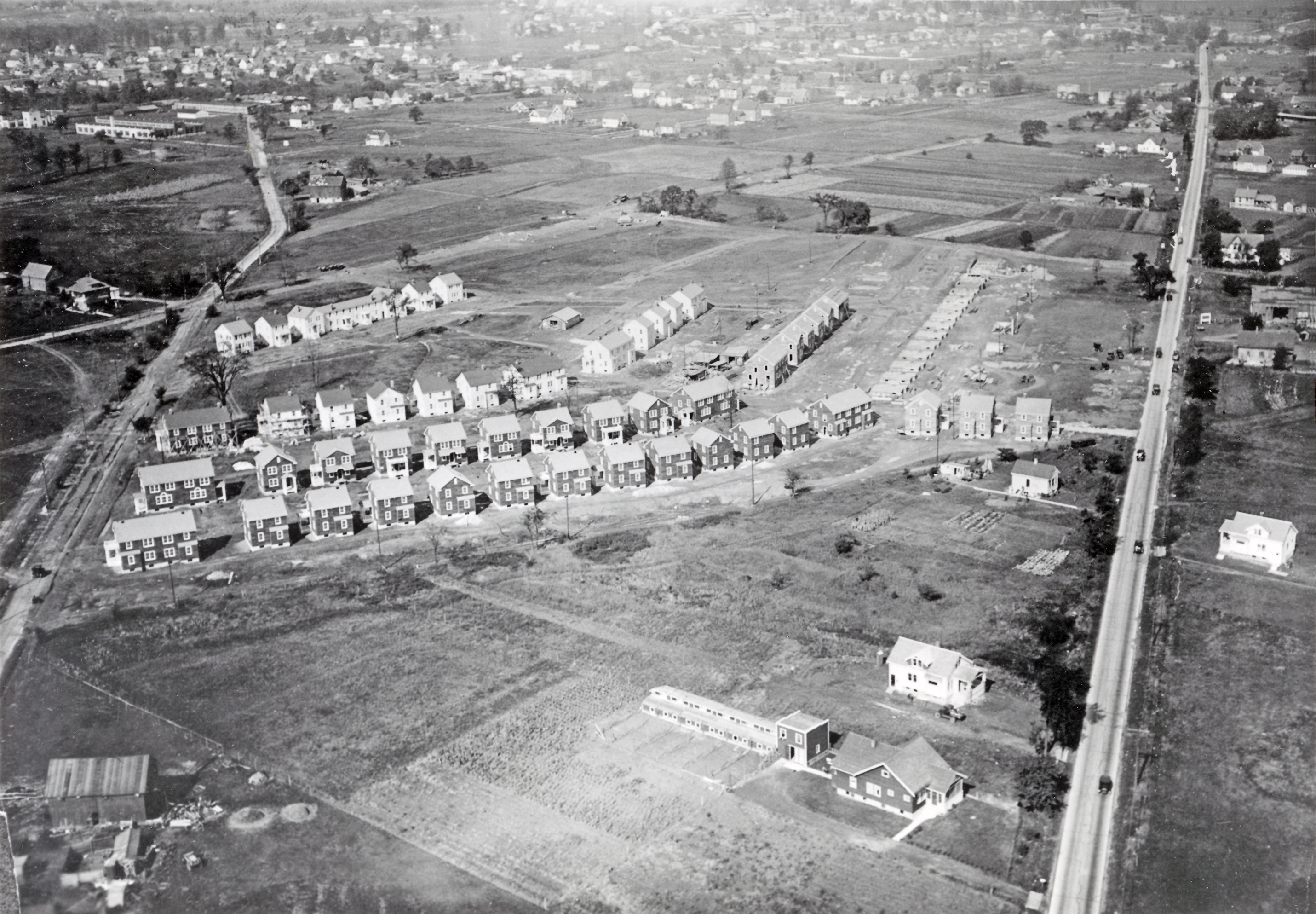 While Milwaukee had a visionary public housing mission in the first half of the twentieth century, the vision diminished as market forces and racial politics came to the fore after World War II.

Milwaukee’s first two public housing projects were built for the working class. Garden Homes, completed in 1923, included both single-family homes and duplexes, and was the first municipally-sponsored public housing project in the United States.[1] During the Depression Milwaukee became home to Parklawn, a Public Works Administration project built on vacant land on the western edge of the city. Parklawn was made up of two-story brick row houses with numerous amenities, including a community center with a health clinic.[2]

After World War II, Milwaukee continued its focus on the working class by building affordable housing for veterans. Opening in 1950 and 1951, the two-story row houses of Northlawn, Southlawn, and Berryland were built on vacant land in predominantly white neighborhoods with good access to parks and public transportation. These veterans’ projects were built at city expense using MHA-issued bonds.[4]

During the 1950s the MHA shifted its focus from working class to low-income housing. Hillside, opened in 1950, was the country’s first postwar low-rent public housing and the first public housing built in Milwaukee with federal funds. Hillside’s location set in motion a pattern in which new projects were placed in predominantly black neighborhoods that often included a slum clearance component.[5] Westlawn, on the city’s near northwest side, opened in 1951. Westlawn followed the familiar two-story row house model. Like the veterans’ projects, it was built near public parks and had good access to public transportation.[6]

During the 1960s the MHA shifted from the row house model to the construction of high-rise buildings designed for low-income elderly residents. Eight such developments opened during the 1960s. Three turnkey projects were built by private developers who then “turned the keys” over to the MHA. During this same period, two low-income projects, Lapham Park and Highland Park, were built on Milwaukee’s north side in predominantly black neighborhoods. Both included low income non-elderly and elderly housing.

Very little public housing construction or redevelopment occurred between the 1970s and the 1990s, although the 1968 Federal Fair Housing Act required that all elderly projects serve people with disabilities as well.[7]

Since 2000, the HACM has focused on redevelopment and revitalization. Westlawn’s redevelopment, completed in 2012, resulted in the demolition of the old row houses and the creation of new townhomes and one-bedroom apartments.[8] Highland Park, redeveloped with federal Hope VI funds, now includes new single-family homes and enhanced educational and community programs.[9] Olga Village, a newly constructed low-rise apartment building for low-income elderly on the near south side, was built on Milwaukee’s United Community Center campus, which provides programs for the Hispanic community.[10]

Ozaukee, Washington, and Waukesha counties have less public housing than Milwaukee County does. Officials in these counties rely on a combination of dedicated public housing and vouchers to house residents who qualify for assistance.[11]

Building a Better Milwaukee: Resilience and Sustainability in Public Housing, A Guided Driving Tour. Milwaukee, 2014. This booklet was created by students in Professor Michael Gordon’s History 715 course at the University of Wisconsin, Milwaukee (UWM).

Christoph, Erica. “Preservation and the Projects: An Analysis of the Revitalization of Public Housing in Milwaukee, Wisconsin.” MHP thesis, University of Georgia, 2004. 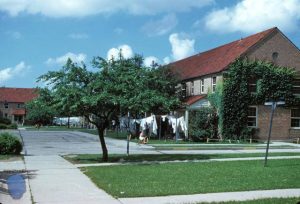 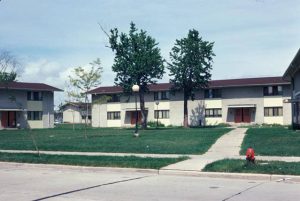