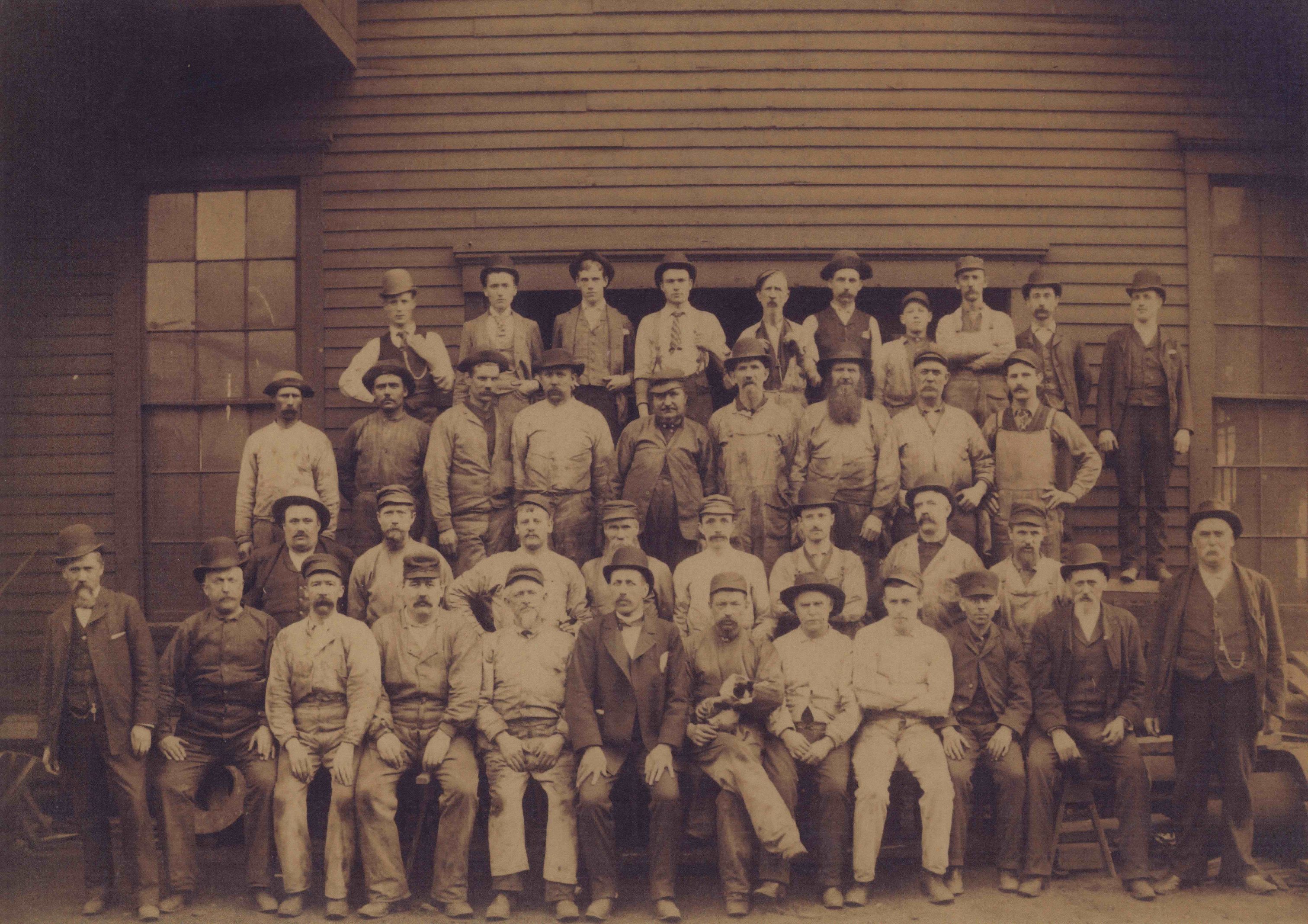 For just over sixty years, three companies, Milwaukee Iron Company, the North Chicago Rolling Mill, and the Illinois Steel Company operated successively at the same site in Bay View. Called colloquially the Bay View Rolling Mill, these companies produced iron and steel products for customers nationwide, played key roles in Milwaukee’s industrial growth, and employed thousands of skilled and unskilled workers, many of whom had emigrated from Great Britain and continental Europe. Eventually, Illinois Steel, the last of these three merged companies, became part of the massive amalgamation in steel and other industries that swept through America in the late nineteenth and early twentieth centuries.

Many small manufacturers had sparked considerable industrial energy in Milwaukee by the end of the Civil War.[1] But Eber Brock Ward, a wealthy Detroit industrialist and former Great Lakes shipping magnate, sparked new area growth when he opened the Milwaukee Iron Company in 1868 with 185 employees on twenty-seven acres in Bay View. Brock owned iron companies in Detroit and Chicago, was a pioneer manufacturer of steel rails, and was lured to Milwaukee by easy access to rich iron ore deposits in Michigan and nearby Iron Ridge in Dodge County. He built homes and boarding houses, donated lots for churches, and recruited skilled English puddlers and other artisans.[2] The company produced re-rolled iron rails; metal bars called fish plates, which joined two rails together; merchant bar, which customers reshaped for other products; horse shoes; nails; and pig iron, a durable product made from smelting iron ore with coke and limestone in blast furnaces. By 1870, the company produced half of Wisconsin’s pig iron. By the early 1870s, Milwaukee Iron employed one thousand workers and was a national leader in iron production.[3]

The depression of the 1870s, and Ward’s death in 1875, led the company into bankruptcy in 1876. In 1878, it was bought by the North Chicago Rolling Mill, which had its main plants in the Chicago area.[4] Business improved, but in May 1886, many of the 1,500 mill hands, who worked twelve-hour shifts six days a week for low pay, joined thousands of other workers in the Milwaukee area and nationwide in strikes for an eight-hour day. On May 5, state troops fired on a crowd of mostly Polish strikers as they approached the Bay View mill, killing seven and quashing the strike.[5]

Other mergers followed. In 1889, the Illinois Steel Company took over operations but struggled to stay afloat during the 1890s depression. By 1898, it found refuge in a new conglomerate called Federal Steel (Illinois Steel kept its name).[6] The Milwaukee works expanded its product line, produced 397,000 tons of steel products, and accounted for $6 million of Milwaukee’s combined manufacturing output of $141 million. In 1901, when Illinois Steel became part of the United States Steel, the Milwaukee plant still employed some 1,600 men.[7] 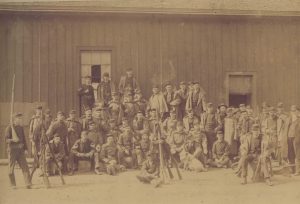