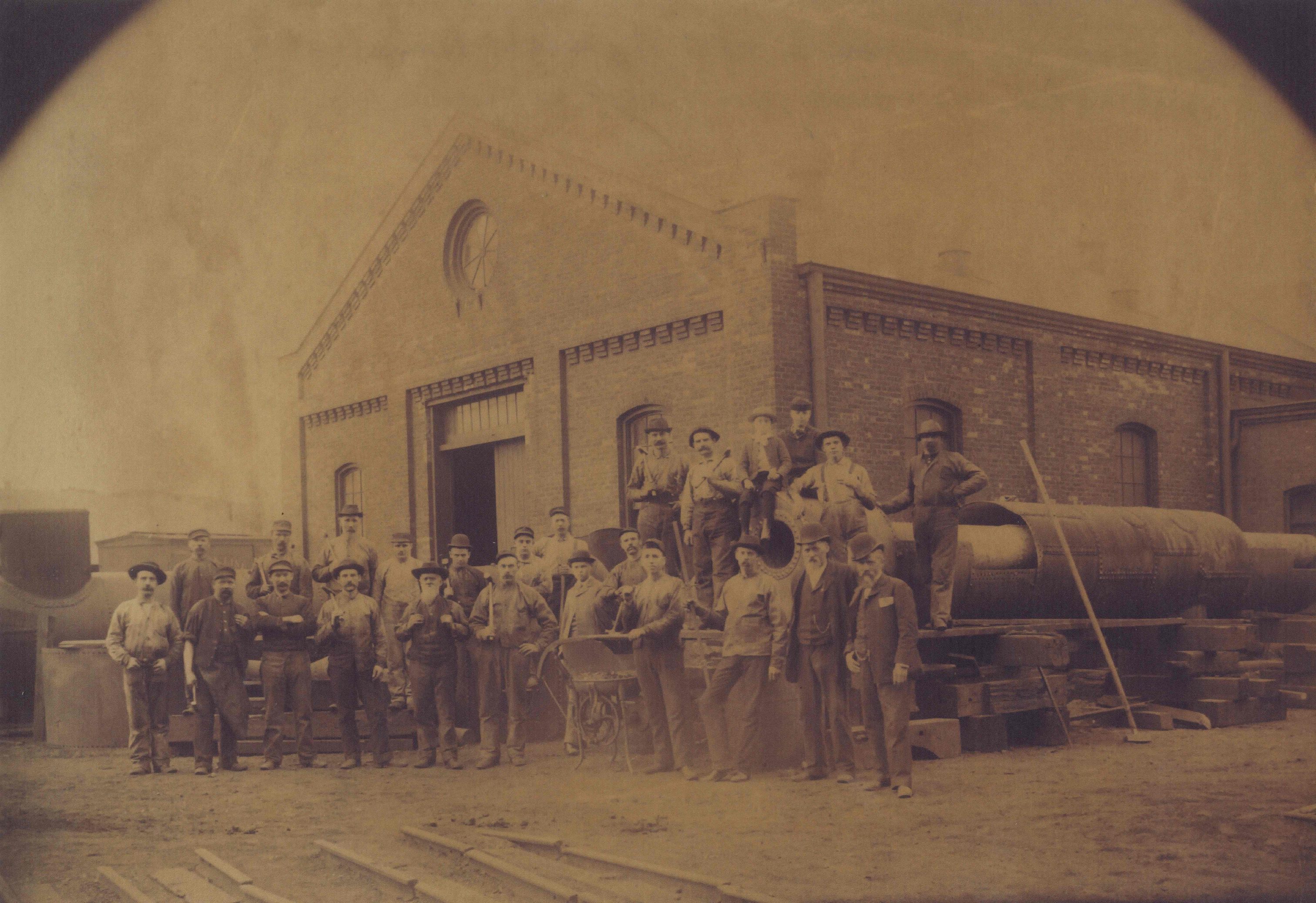 An eight-hour day movement flourished for several decades after the Civil War and united thousands of Milwaukee and other American workers who otherwise differed by skill, occupation, race, gender, and ethnicity. Often working ten or twelve hours a day, workers said they needed more time for rest and to be with their families, and insisted they should receive ten hours pay for eight hours of work. Many Milwaukee workers joined nationwide strikes for an eight-hour day in 1886 and supported eight-hour efforts afterwards. But few achieved eight-hour days, and no sweeping wage and hour laws appeared until the 1930s.

Milwaukee workers formed an Eight-Hour League in 1865.[1] The League dissolved in the 1870s depression. But the national movement revived in 1884 when the Federation of Organized Trades and Labor Unions (FOOTLU), which became the American Federation of Labor (AFL) in 1886, called on its affiliated unions of skilled workers to seek an eight-hour day by May 1, 1886, and implied they should strike if employers resisted.[2] Terence V. Powderly, leader of the popular and more inclusive Knights of Labor, told local Knights assemblies not to join the eight-hour movement, but Robert Schilling, a Milwaukee Knights leader, and most of the twelve thousand Knights members in the city, disregarded his order, including many Polish laborers who worked at the North Chicago Rolling Mills in Bay View. Schilling even collaborated in a revived Eight-Hour League with socialist Paul Grottkau, editor of the Arbeiter-Zeitung and head of the new Central Labor Union, which rivaled the Knights and had ties to FOOTLU.[3]

By late April, city government employees and workers at some twenty private firms had won an eight-hour day.[4] Other employers claimed that shorter work days would increase their costs and make competition more difficult.[5] By Saturday, May 1, an estimated ten thousand workers were on strike. Worried about possible violence, Governor Jeremiah Rusk readied state troops for duty in Milwaukee. On Monday, roving bands of workers swarmed throughout the city urging workers to join the strike. On Tuesday, Polish members of the Knights marched from St. Stanislaus Church to the nearby rolling mills where state troops turned them back. When some one thousand workers marched again to the rolling mills the next morning, acting on Rusk’s orders Major George R. Traeumer ordered his troops to fire on the crowd. Seven died, including a boy and a man tending his garden.[6]

The eight-hour movement unraveled quickly but sparked new political activity. Schilling launched the People’s Party of Wisconsin, whose candidates in the fall elections won many Milwaukee city and county government positions and state assembly seats. Henry Smith, a millwright, was elected to Congress.[7]

Local unions endorsed the AFL’s new target date for an eight-hour day of May 1, 1890, but the depression of the 1890s stymied the eight-hour movement.[8] Most Milwaukee area workers had no gains in hours and wages until the Fair Labor Standards Act of 1938 established minimum wages and a forty-four hour work week for workers covered by the law.[9]