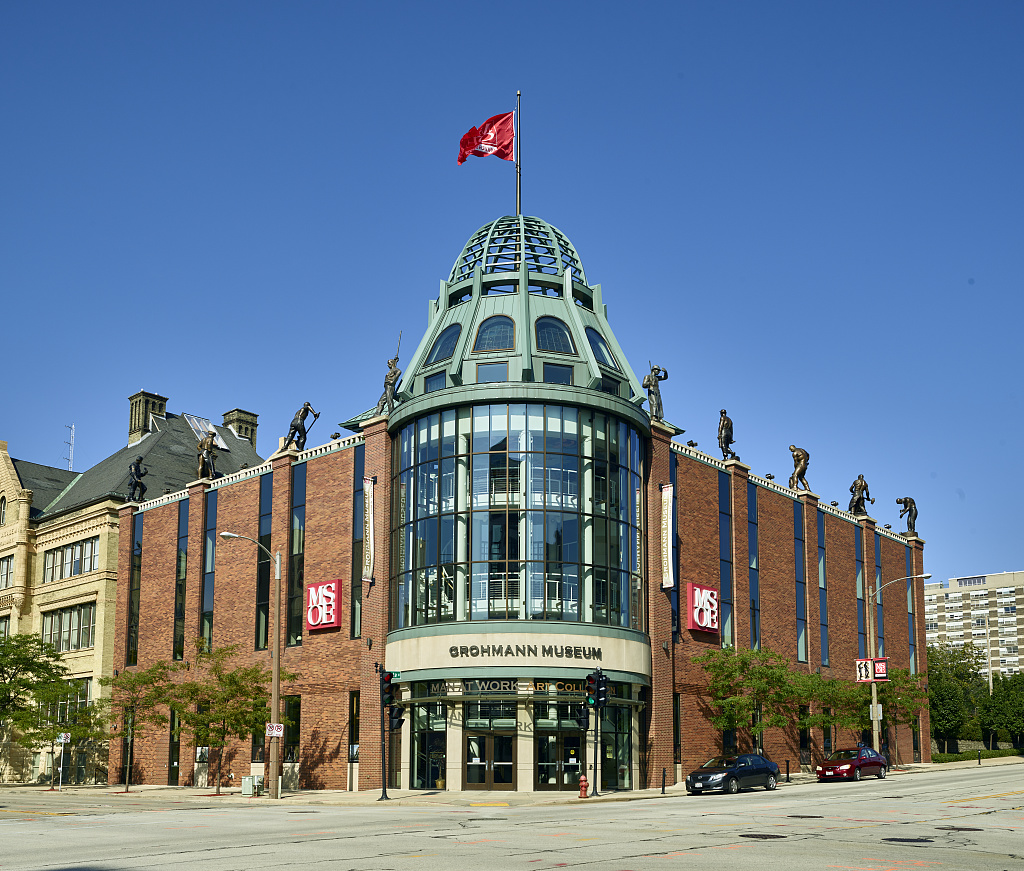 The Milwaukee School of Engineering began as a technical institute in the fall of 1903. Its founder, Oscar Werwath, had arrived in Milwaukee from Germany only months earlier and immediately found work as an electrical engineer at the newly-merged Allis-Chalmers Company, under the guidance of Louis Allis.[1]

Milwaukee’s population was more than a third of German extraction at this time. Werwath quickly became the center of a group of young men, a few of whom, like him, had received excellent engineering training from a German university but looked in vain for an opportunity to further their education in their new home. Responding to this need, Werwath began to offer a series of evening classes in mathematics and electrical engineering, while continuing his daytime employment.[2]

Two years later, in 1905, with enrollments soaring, Werwath decided to open a full engineering education program and used $500 in sponsorship from Louis Allis to secure a building at 1025-1027 Winnebago Street. He placed a large sign reading “School of Engineering” (SOE) above the door (“Milwaukee” was added in 1932). This double store had room for laboratories, several classrooms, and an office which Werwath used for consulting. Both the industrial sponsorship for his school and his continuation of a career in engineering became hallmarks of SOE. His faculty, like himself, were often employed in these industries, a tradition that persists today. By 1906, enrollment grew to more than 200 students, and the school graduated its first class of engineers from those who had started three years earlier in the evening.[3]

With technological advances becoming part of America’s booming industrial economy, other engineering schools witnessed similar enrollment growth, but Werwath’s approach was creatively distinct. He pioneered an innovative new “Concentric Curriculum,” which emphasized this “hands on” approach to technical learning. SOE students were moved through this path from “practice to theory,” instead of through a traditional methodology of attending lectures and moving from theory to practice upon graduation.[4]

Instructors gave students a series of practical problems, drawn from their own work in company laboratories, and engaged them in problem-solving in the very first semester. Werwath also added an electrical shop on the campus where students produced power motors, electrical meters, storage batteries, and electrical switchboards for the school’s Milwaukee Electrical Construction Company. Student problem solving, under Werwath’s guidance, resulted in an early battery-powered car. SOE’s graduates helped to make Milwaukee a world leader in industrial electronics with companies such as Allis-Chalmers, Globe Union, and Allen Bradley.[5]

Additional buildings comprise today’s campus just north of downtown, with many new laboratories, from fluid power to bio-molecular modeling and rapid prototyping. Student teams from MSOE have engaged in and won many international competitions for innovations in fields from radio to aerospace. The school’s curriculum, while still focused on all types of engineering, has also expanded to include fields such as nursing and international business as well as other undergraduate and graduate programs. By 2015, a student body of 2,800 from countries across the world enjoys a 15 to 1 student-faculty ratio.[6]