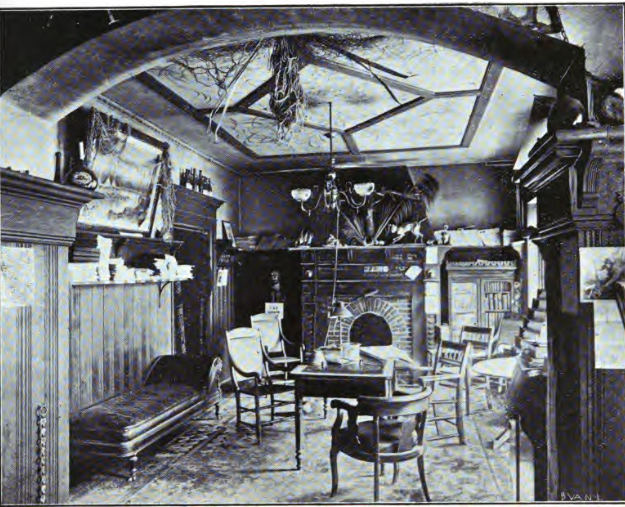 In 1885, four newspapermen established the Milwaukee Press Club to promote journalism while fostering camaraderie among their peers.[1] Recognized as the oldest continuously operated press club in North America, the private social organization has fulfilled its mission through celebratory dinners, publication of its annual journalism magazine, and professional development opportunities.[2] Over time, the club’s base has expanded to include non-print media applicants as well as publishers, editors, and individuals especially interested in the press.[3] Still, aside from admitting the Milwaukee Journal’s Edna Dunlop in 1910, the group denied women formal membership until 1971.[4] That year, following six years of protests, the club admitted thirty-six women.[5] As of 2005, the club featured approximately 275 members.[6] Numerous venues, including spaces in the Jung Building (1914-1948), the Fine Arts Building (1948-1983) and, as of 2000, the Newsroom Pub, have served as the society’s headquarters.[7]