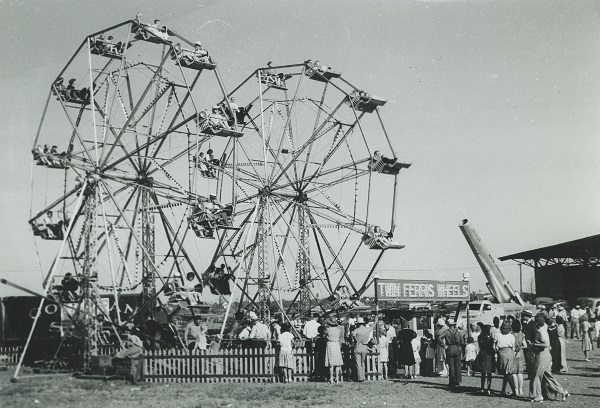 Mayor Daniel Hoan declared the week of July 16, 1933 the “Milwaukee Homecoming.” Inspired by ethnic festivals he observed on a recent trip to Europe, Hoan transformed the upcoming Elks National Convention of 1933 into a similar gathering in Milwaukee.[1] Convention organizers opened activities to all Milwaukee citizens as well as to the visiting Elks. Free admission appealed to cash-strapped, Depression-era citizens starved for entertainment.[2] Following the successful display of fireworks, boat races, swimming contests, carnival rides, beer gardens, and ethnic pageants, Hoan made it an annual event co-sponsored by city and county officials, and it was renamed the Midsummer Festival in 1935.[3] Running until 1941, when the outbreak of war shifted Milwaukeeans’ focus to national events, the Midsummer Festival is considered a predecessor to Milwaukee’s Summerfest.[4]