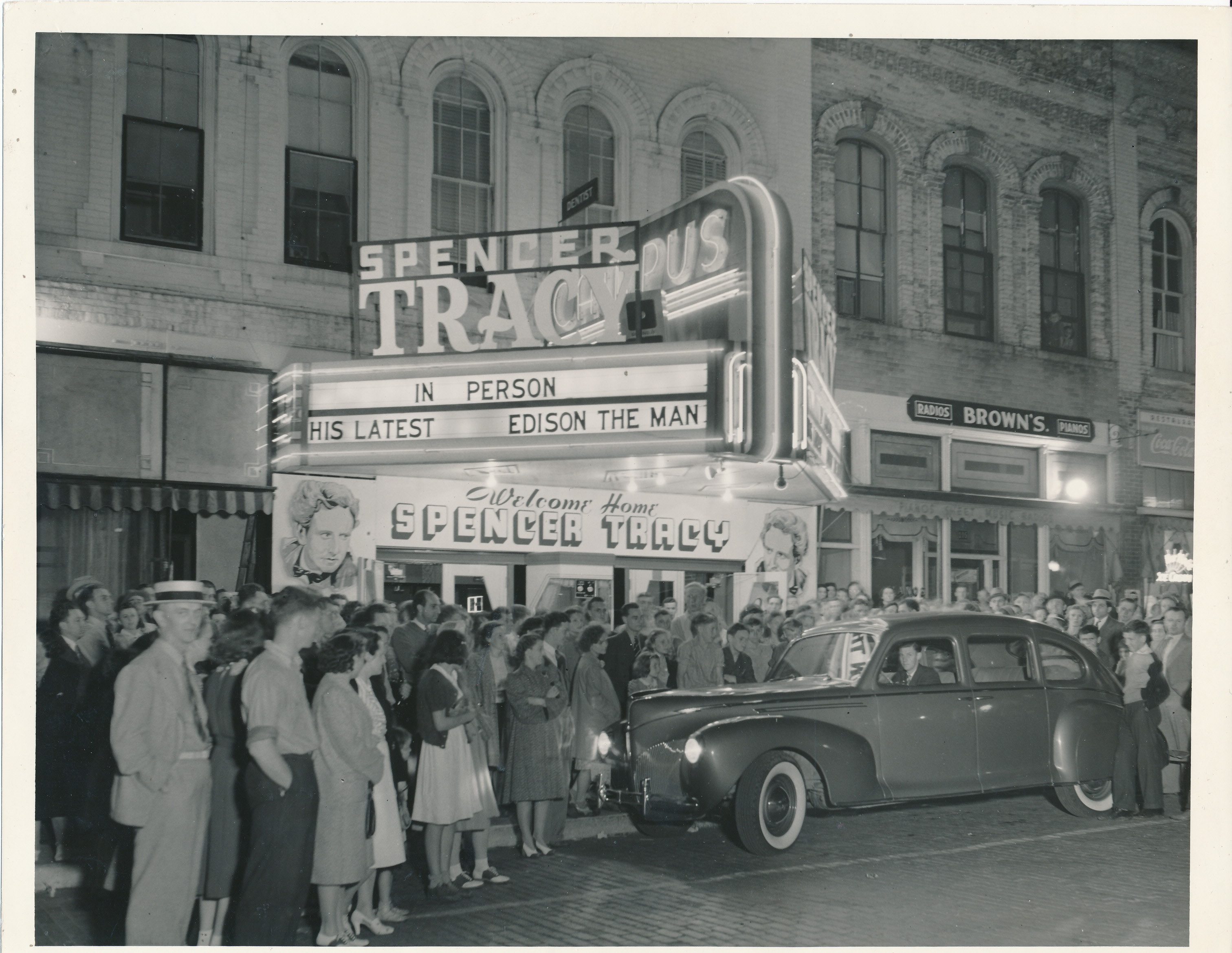 Milwaukee has produced a number of noteworthy people whose careers shaped the United States and beyond. The members of this “Milwaukee Diaspora” were born in the Milwaukee area but made their greatest contributions after they moved away. Any such list is naturally subjective, but the following sampling of famous Milwaukeeans was chosen because they were born in or near the Milwaukee area, achieved success outside Milwaukee, and influenced their chosen fields in such a way that they gained national or even international fame.

Arguably, no other Milwaukee native was as widely known in his or her lifetime as Liberace. Wladziu Valentino Liberace was born in 1919 in West Allis, but would go on to become one of the best known entertainers of the twentieth century.[1] A child prodigy as a pianist, at the height of his career would be the highest-paid entertainer in the world. His penchant for the flamboyant earned him the nickname “Mr. Showmanship.”[2] Liberace earned two Emmy awards, six gold albums, and two stars on the Hollywood Walk of Fame. He died of AIDS in 1987, although he maintained that he was not gay until his death.[3]

Perhaps more influential in the world of music in the long term was Les Paul, the “Wizard of Waukesha.” Born in 1915 as Lester Polsfuss, Paul showed an aptitude for music at an early age. But he also had a knack for invention; around the age of 10, Paul invented a neck-worn harmonica holder. His basic design is still used today.[4] He is best remembered for his invention of the solid body electric guitar, known as the “The Log.” Marketed as the Gibson Les Paul, one of the most famous artists to play this guitar was Eric Clapton. Paul pioneered a number of other innovations, such as multitrack recording and overdubbing. Paul’s talents and innovations make him the only person to be included in both the Rock and Roll Hall of Fame and the National Inventors Hall of Fame.[5] Paul died in 2009 and is buried in Waukesha.

A number of noted musicians and bands from the area have risen to national prominence. Alwin ‘Al’ Jarreau was born in Milwaukee in 1940. An internationally renowned jazz musician, Jarreau won seven Grammy Awards.[6] The Violent Femmes, an alternative rock group first active around 1981, have had a number of hits, including “American Music,” “Blister in the Sun,” and “Kiss Off.”[7] Additionally, the alternative rock band the BoDeans, formed in 1983 in Waukesha, are best remembered for their song “Closer to Free,” which became the theme song for the television show “Party of Five.”[8]

Milwaukee was home to various additional figures across many genres of music. Felice Bryant (1925-2003) co-wrote songs such as “Rocky Top,” “Love Hurts,” “All I Have to Do Is Dream,” and “Bye Bye Love.”[9] Born in Milwaukee but raised in Abrams, Wisconsin, Julius Frank Anthony Kuczynski, better known as Pee Wee King (1914-2000), was a country music songwriter, artist, and actor. He earned his place in the Country Music Hall of Fame in large part as the writer of the song “Tennessee Waltz.”[10] Born in Milwaukee to parents who were friends of Les Paul, Steve Miller (b. 1943) headed up the Steve Miller Band and produced such well-known songs as “The Joker.”[11]

In a country known for its progressive form of government, Milwaukee has produced a share of distinguished political figures. One of the most notable national political figures was Chief Justice William Rehnquist. Born in Milwaukee in 1924, Rehnquist attended Shorewood High School, then Harvard and Stanford Universities, receiving an LL.B. from the latter in 1952. In 1971, President Richard Nixon nominated him to the United States Supreme Court. Ronald Reagan named him Chief Justice of the Supreme Court in 1986. Rehnquist held the post until his death in 2005.[12]

Another Milwaukee figure prominent in national politics was Leslie “Les” Aspin. Born in Milwaukee in 1938, Aspin also attended Shorewood High School before earning a Ph.D. in economics from the Massachusetts Institute of Technology in 1966.[13] In 1971, Aspin was elected to the House of Representatives. Aspin served in the House until President William “Bill” Clinton appointed him Secretary of Defense in 1993. Aspin resigned the position in 1994 and joined the faculty of Marquette University’s international affairs program in Washington D.C. Aspin died in 1995 of a stroke at the age of 56. Marquette University named its Washington government center after Aspin.

Also shaping twentieth century international affairs was George F. Kennan. Born in Milwaukee in 1904 to the descendants of eighteenth century Scotch–Irish settlers, Kennan attended St. John’s Northwestern Military Academy in Delafield and later Princeton University. In 1946, while serving in the Foreign Service as Chargé d’Affaires in Moscow, Kennan sent an 8000-word telegram to the State Department outlining Stalin’s aggressive mentality. In the so-called “Long Telegram,” one of the most noteworthy documents of the Cold War era, Kennan championed the idea of “containment,” explaining that the United States needed to curb the Soviet drive to spread communism beyond its borders.[14] Kennan died in 2005, having won the Pulitzer Prize, National Book Award, and the Presidential Medal of Freedom.

Other famous Milwaukeeans to enter national politics include Lawrence Eagleburger (1930-2011), who briefly served as Secretary of State under President George H.W. Bush and in other capacities under Presidents Richard Nixon, Jimmy Carter, and Ronald Reagan.[15] Wilbur J. Cohen (1913-1987) served as the seventh Secretary of Health, Education, and Welfare from 1968 to 1969. Cohen is best remembered for his work with the creation of the American welfare state.[16] A number of Milwaukee-born citizens have influenced politics outside of Wisconsin. Charles C. Butler (1865-1946) served as the Chief Justice of the Colorado Supreme Court from 1935 to 1936.[17] Otto Bock (1881-1942) served as a member of the Colorado Supreme Court.[18] Jim Risch (b. 1943) was elected junior senator from the state of Idaho in 2008.[19] John G. Schmitz (1930-2001) served as a representative from California to the House of Representatives.[20]

Of the numerous professional baseball players to hail from the Milwaukee area, one of the most significant was Ken Keltner. Born in 1916, Keltner grew up on the southeast side of the Bay View area. Keltner excelled at baseball, leaving high school early to pursue a baseball career. Keltner is best remembered for his role in halting Joe DiMaggio’s 56-game hitting streak when he played third base for the Cleveland Indians. Keltner died in 1991 in New Berlin, Wisconsin.[21]

Milwaukee has also been well-represented in the Olympics, thanks in large part to speed skater Dan Jansen. A native of West Allis, Jansen, born in 1965, participated in four winter Olympic Games. In spite of his fame, he struggled at the Games. In 1988, he fell during his attempt to medal in the 500 meters hours after learning of his sister’s death from leukemia. A few days later, he fell in the 1000 meters. He had equal ill-luck at the 1992 games, again failing to medal. He finally won gold in 1994 in the 1000 meters.[22]

Jansen was not the only Milwaukeean represented on United States Olympic teams. In 2004, Milwaukee-born show-jumper Beezie Madden helped Team USA win gold in equestrian show-jumping.[23] The 2004 Summer Olympics in Athens, Greece, also saw Milwaukee-born Dede Barry win a silver medal in the cycling time-trial.[24] Judi Brown, silver medalist in the 400 meter hurdles at the 1984 Summer Games in Los Angeles, California was also born in Milwaukee in 1961.[25]

Although a number of actors hail from the Milwaukee area, arguably the most famous was Spencer Tracy, one of the best-known stars of Hollywood’s “Golden Age.” Born in 1900, Tracy appeared in 75 movies in his career, including such beloved movies as Dante’s Inferno, Father of the Bride, and Inherit the Wind. Tracy was nominated for nine best actor Academy Awards, winning two.[26] He died in 1967 of a heart attack, shortly after completing his final movie, Guess Who’s Coming to Dinner.[27]

Another Milwaukee native, Jerome Silberman, became a prominent actor in very different movies. Born in 1933 and a graduate of Washington High School, Gene Wilder, as he became known, starred in many acclaimed comedies. In 1971 he played the title role in Willy Wonka & the Chocolate Factory. In 1974 he played the title role in Young Frankenstein, earning an Oscar nomination for Best Adapted Screenplay, along with director Mel Brooks. Wilder and Brooks ultimately lost to Francis Ford Coppola and Mario Puzo for The Godfather Part II. Wilder died of complications from Alzheimer’s.[28]

Although she spent only a short time in Milwaukee, the city is also the birthplace of actress Heather Graham. Born in 1970, Graham is best noted for her roles in the movies Swingers, Austin Powers: The Spy Who Shagged Me, and Boogie Nights.[29] Of course, Milwaukee has also produced several notable small-screen actresses. Most recognizable is Jane Kaczmarek. Born in Greendale, Wisconsin, in 1955, Kaczmarek, who attended the University of Wisconsin and Yale University, has frequently appeared in several television series, but her best-known was Malcolm in the Middle. Kaczmarek has been nominated for three Golden Globe and seven Emmy awards.[30] Milwaukeeans have also impacted daytime television. Deidre Hall, born in 1947, created the role of Dr. Marlena Evans on Days of Our Lives in 1976. Hall continues her role on the long running day time soap opera and has proved one of the most popular characters.[31]

Milwaukeeans have also played pivotal roles behind the camera. Perhaps the most notable were Jim Abrahams (1944) and brothers Jerry (1950) and David Zucker (1947). The three filmmakers attended Shorewood High School. The trio went on to create such movies as Airplane!, The Naked Gun, and Ruthless People. Jerry Zucker has found the most mainstream non-comedic success with movies such as Ghost and First Knight.[32]

Finally, the Milwaukee metropolitan area has been the birthplace of numerous actors of stage and screen. These include Alfred Lunt (1892-1977). Lunt received three Tony Awards and an Emmy Award; the Lunt-Fontanne Theater on Broadway honors Lunt and his wife, Lynn Fontanne, while Ten Chimneys, their home in Waukesha County, is now a museum and center for theater education.[33] John Ridley (b. 1965) won an Academy Award in 2013 for Best Adapted Screenplay for 12 Years a Slave (which also earned the Best Picture Oscar).[34] Ray “Crash” Corrigan (1902-1976) may have been a “B-Western” movie actor, but he was also a noted stuntman and athlete. The most memorable thing about the Milwaukee-born actor is that he may have been the first celebrity featured on a Wheaties cereal box.[35] 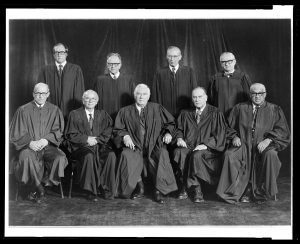 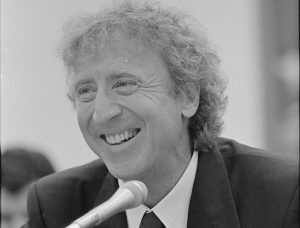 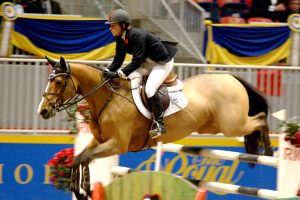 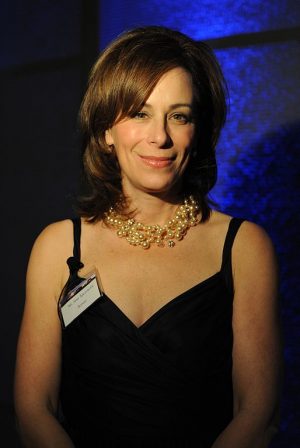