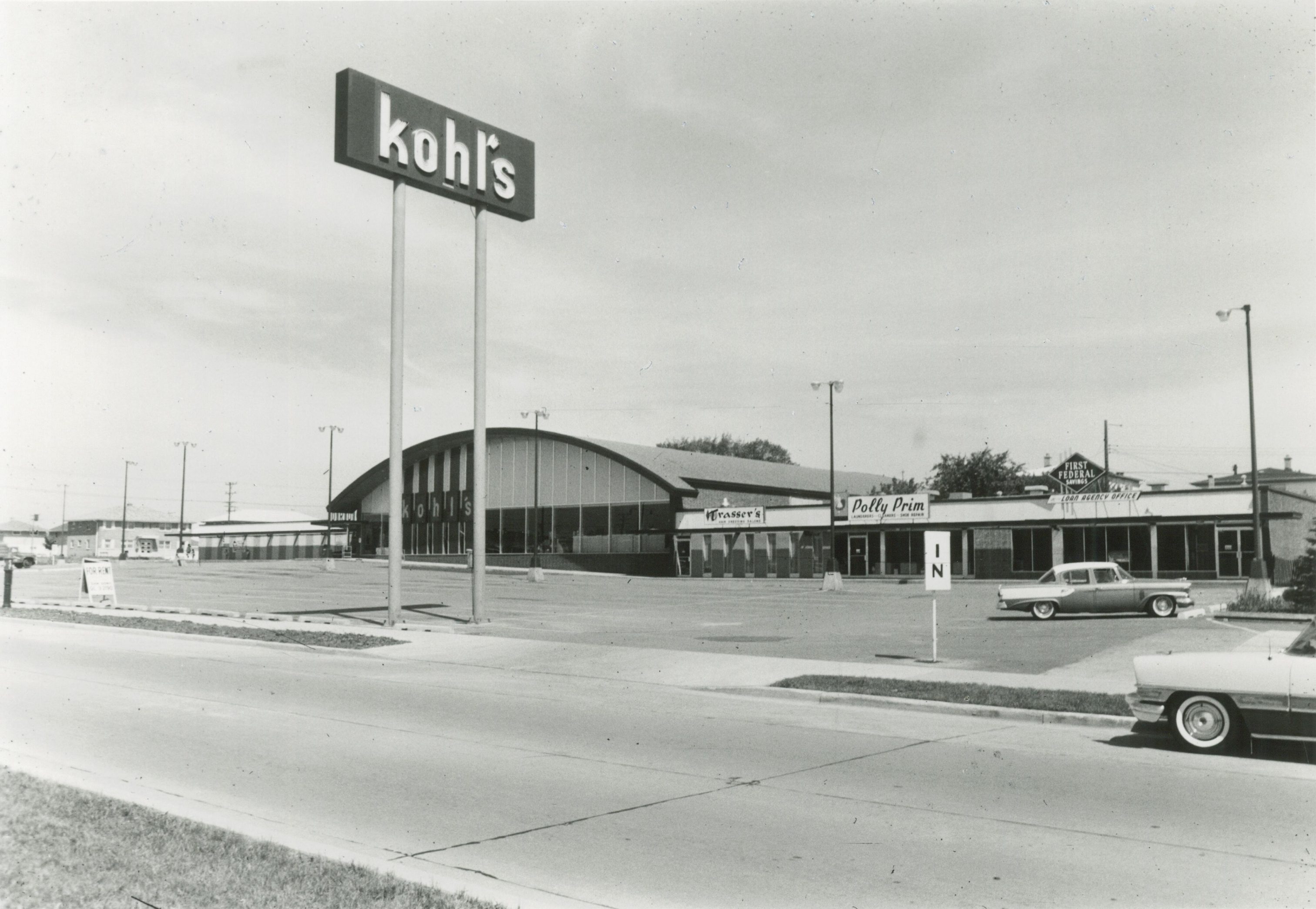 Kohl’s Corporation, a Fortune 500 company headquartered in suburban Menomonee Falls, operates a national chain of over 1,100 department stores.[1] The Corporation had over $19 billion in sales in 2014.[2] As of 2015, Kohl’s had stores in every state except Hawaii and employed a total of 137,500 people across its corporate and retail locations.[3] Forty of Kohl’s stores as well as 10,500 employees were located within Wisconsin.[4]

Although Kohl’s gained national recognition as a department store chain, the corporation has its origins in the grocery business. In the 1920s, Max Kohl, a Polish Jewish immigrant to Milwaukee, opened a traditional grocery store at Lincoln Avenue and Kinnickinnic Avenue in the Bay View neighborhood.[5] Nearly two decades later in 1946, he opened his first supermarket in Milwaukee’s Sherman Park neighborhood.[6] Hoping to draw additional shoppers to his stores, Kohl opened his first department store in conjunction with a supermarket in 1962.[7] Kohl and his sons continued to expand their company beyond groceries. In 1967, the Kohls embarked on creating shopping malls, Granville’s Northridge and Greendale’s Southridge.[8] By 1972, the Kohl family’s retail enterprise included fifty-six supermarkets, six department stores, three drug stores, and three liquor stores.[9] That same year, the Kohls sold a controlling interest in their stores to a subsidiary of the British American Tobacco Company.[10] By the end of the decade, Max’s son Herb Kohl, a future owner of the Milwaukee Bucks and U.S. Senator, had resigned as president of Kohl’s. Herb Kohl was the last member of the family to lead the company.[11]

In the 1980s and 1990s, following another change in leadership, Kohl’s began its national expansion. After selling off the Kohl’s Food Stores in 1983, British American Tobacco decided to part with the Kohl’s Department Stores three years later.[12] A group of management executives and investors, led by William Kellogg, bought the 40-store retail chain.[13] The company determinedly expanded, beginning with its acquisition of Federated’s Main Street stores in 1988.[14] With this purchase, Kohl’s entered the Chicago, Detroit, and Minneapolis-St. Paul markets.[15] The company’s continued growth prompted the leadership to take Kohl’s public with an initial public offering in 1992.[16] In 1998, Kohl’s joined the S&P 500.[17] When the department store chain opened twenty-eight stores in California in 2003, it had officially reached from coast to coast.[18]

Kohl’s success is tied to its operational position between department stores and discount retailers, but this model has not been without some controversy. By carrying national brands with reduced overhead, Kohl’s is often able to offer lower prices than traditional department stores.[19] The company is known for offering these prices by running sales on large segments of its merchandise.[20] In addition to ongoing challenges from traditional big box competitors, in the twenty-first century Kohl’s must take on internet rivals. Still, Kohl’s continued success has clearly come from courting middle-income families.[21] 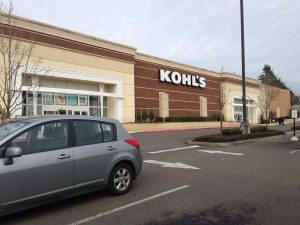