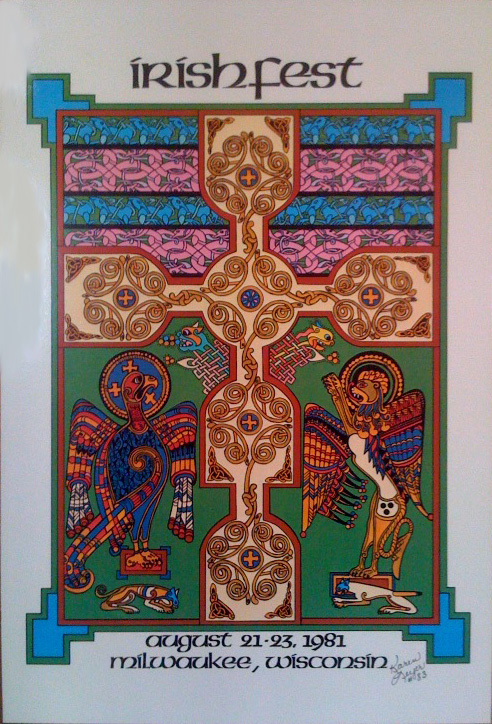 Initially inspired by the success of Festa Italiana, Irish Fest blossomed into a world-renowned celebration of Irish culture and heritage.[1] Local Irish musician and president of the Shamrock Club, Ed Ward, led the way in organizing the first Irish Fest in 1981, which met with strong community support.[2] The festival grew to include not only Irish music and dancing, but also drama, cultural exhibits, sports, and year-round classes and events organized by the Irish Fest Foundation.[3] Recognized by the Smithsonian Center for Folklife and Cultural Heritage, Irish Fest organizers claim to draw crowds of over 120,000 each year. Former Irish president Mary McAleese attended the festival’s twenty-fifth anniversary in 2005.[4]