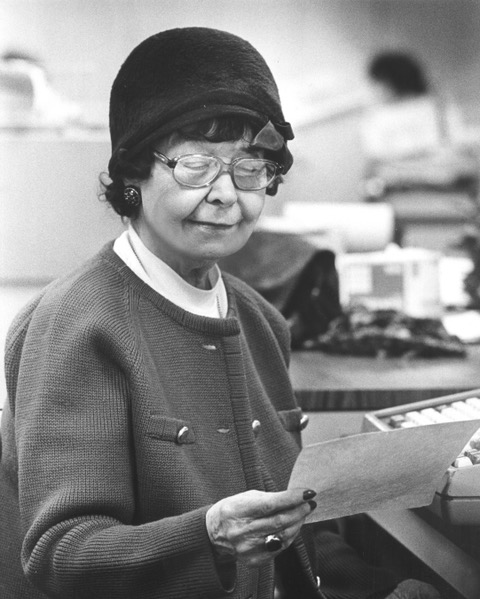 An advice columnist for more than half a century, Ione Quinby Griggs (1891-1991) became a beloved Milwaukee icon. Famed in 1920s Chicago’s “Jazz Age” as a front-page “girl reporter,” her reportorial reputation came from coverage of women of lesser repute, “murderesses,” and mobsters’ molls of Chicago’s most notorious decade. However, her reportorial range encompassed women entering politics, business, and other sectors of city life—until her newspaper folded during the Depression. Days later, she wed writer Bruce E. Griggs.[1] A year later, after his sudden death, a “piecework” position—paid by “space rates”—at the Milwaukee Journal brought the jobless widow north.[2]

Tasked to create a “lovelorn” column in 1934, “Mrs. Griggs” admitted “misgivings” but promised to employ her “knowledge of human nature” gained from coverage of women with “headline fame by the homicide route” to forestall similar mayhem in Milwaukee. She also promised “modern methods,” departing from earlier advice columns called “sermonettes.”[3]

Instead, she established a “common sense” style and a format, emulated decades later by the likes of “Ann Landers” and “Dear Abby,” as “IQG” relied on readers, primarily women, to set the column’s agenda. Empowered by a collaborative role to write their page of the paper, readers made the back page of the “Green Sheet” the paper’s most popular page. It provided a community forum for issues deemed not front-page news by male editors, from Depression-era women’s unemployment to their World War II homefront workplaces to peace, prosperity (reflecting suburbanization of readership), “the Pill,” availability of abortion, and discussion of divorce laws that led to legislative reform.[4] Griggs retired in 1985, an “advice industry” longevity record.[5] 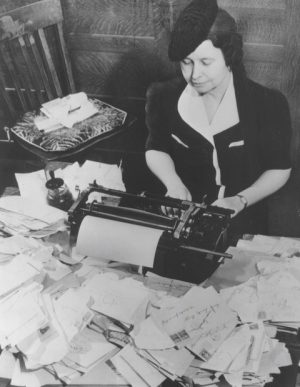