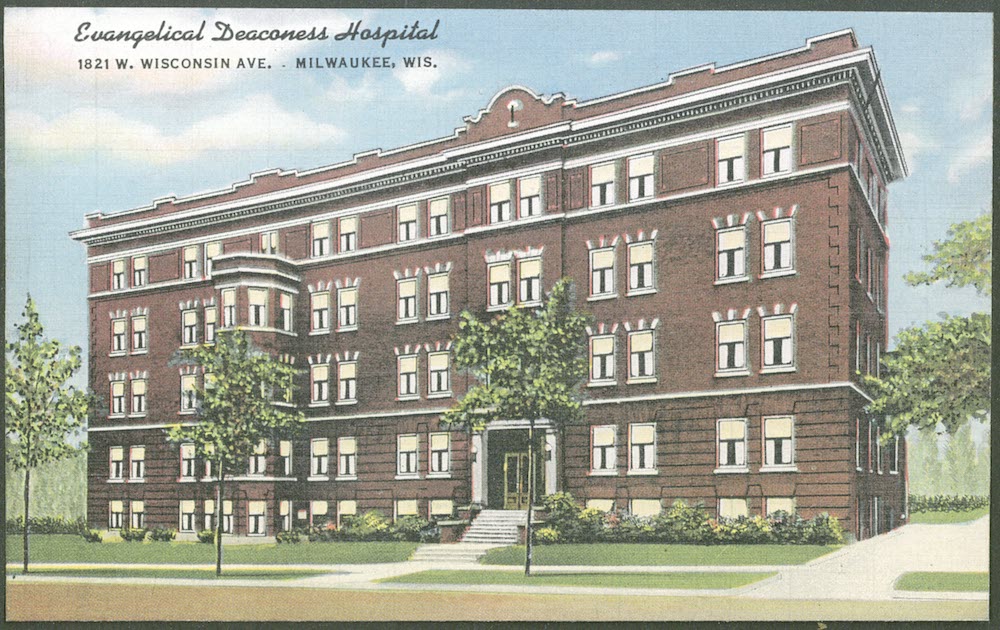 In 1909, the synod of the Evangelical Church, a predecessor of the United Church of Christ, founded a Deaconess Society in the German tradition that called on Christian Sisters to offer hospital care to Milwaukee’s sick and needy.[1] The fifteen-bed unit established by the Society in 1910 on what is now West Wisconsin Avenue grew into a modern hospital that continued to expand until the late 1970s, when cost-saving initiatives in the health care industry encouraged consolidation.[2] Deaconess began shuttering its departments and sharing services with Milwaukee Lutheran Hospital before the two institutions merged in 1980 to form Good Samaritan Medical Center. Good Samaritan closed the Deaconess campus five years later.[3] A subsequent merger in 1987 with Mount Sinai Medical Center created Sinai Samaritan Medical Center, which at that time, came under control of Aurora Health Care.[4]