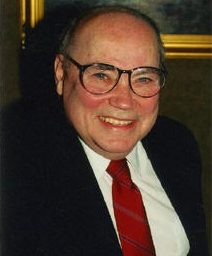 Eldon Murray (1930-2007) was a nationally-recognized figure in the gay rights movement.[1] Murray was born and raised in Vincennes, Indiana.[2] He relocated to Chicago at age 18 and later served in the Korean War. He settled in Milwaukee in 1955, where he began a career as a stockbroker.[3]

Murray’s local activism began in 1969, after the 1969 Stonewall Riots in New York City brought national attention to the issue of gay and lesbian rights.[4] He was among the founding members of the Gay People’s Union (GPU), which launched the GPU News in 1971. The GPU News grew into a national publication, one of the first of its kind. Murray served as the magazine’s editor until 1980.[5] Murray also hosted “Gay Perspectives,” one of the first regularly broadcast gay radio programs. The half-hour program ran from 1971 to 1972.[6]

In 1974, Murray worked to open the GPU Venereal Disease Clinic, which continues to operate as the Brady East STD (BESTD) Clinic. The clinic was the first gay men’s STD treatment center in the country.[7] When the AIDS epidemic hit Milwaukee in the early 1980s, Murray wrote the first grants for what would become the Milwaukee AIDS Project, known later as the AIDS Resource Center of Wisconsin.[8]

In his later years, Murray worked as an advocate for gay senior citizens, founding SAGE (Senior Action in a Gay Environment) Milwaukee.[9] Among the many honors bestowed upon Murray were induction in the Milwaukee County Committee on Aging’s Senior Citizens Hall of Fame, recognition by the International Gay and Lesbian Archives as one of 32 pioneers of the movement, and Milwaukee Pridefest’s Lifetime Achievement Award.[10]