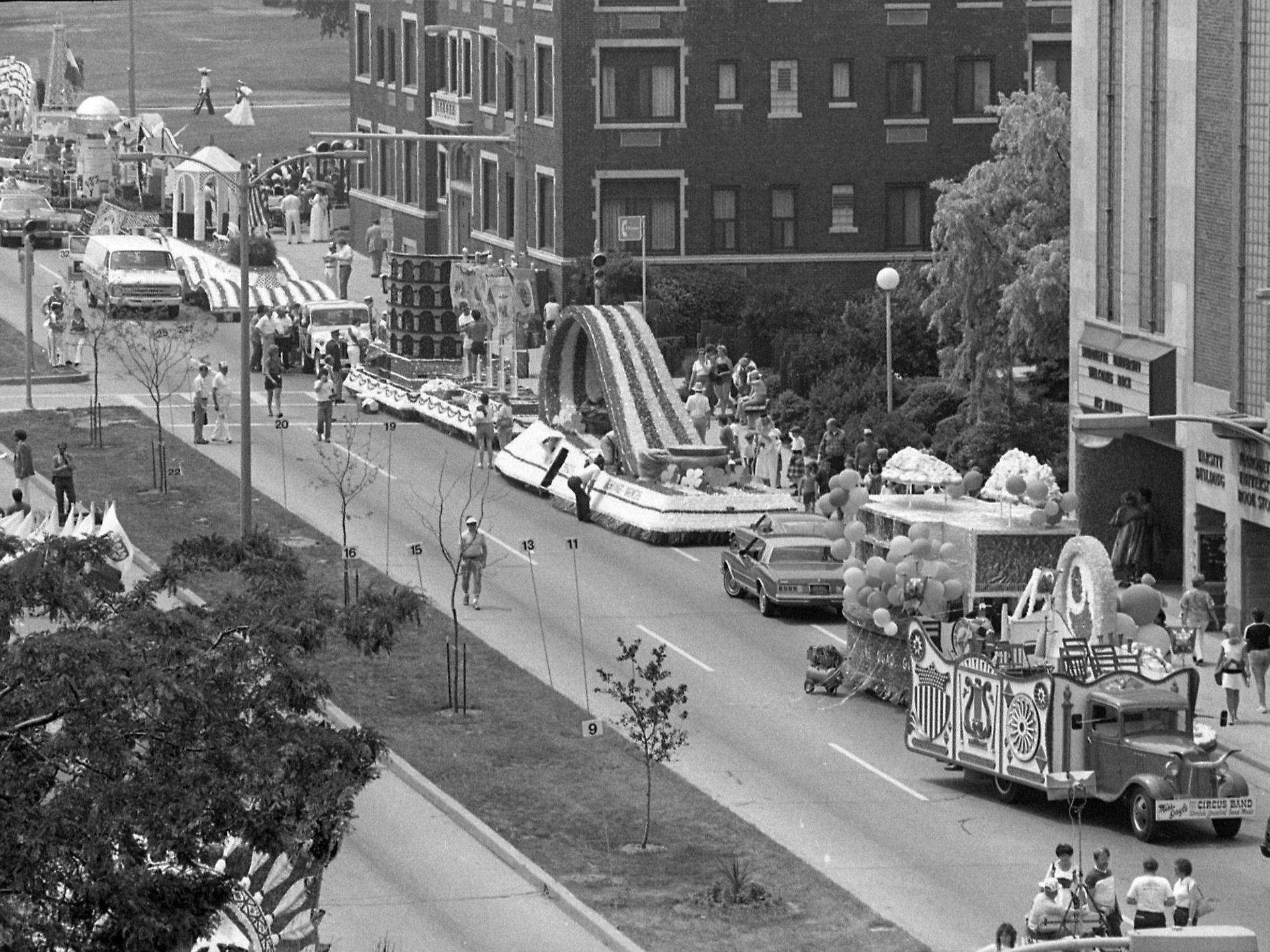 Inspired after witnessing the parade and pageantry that commences Munich’s Oktoberfest, Mayor Henry Maier envisioned something similar to kick off Milwaukee’s festival season.[1] Beginning in 1983, the City of Festivals Parade opened Milwaukee’s summer festivals and celebrated the city’s ethnic diversity.[2] Every June, high school bands and floats featuring ethnic dances and musicians wound their way through downtown Milwaukee.[3] The two-mile route began at Tenth Street and continued mostly along East Wisconsin Avenue all the way to the lakefront.[4] The parade proved popular, with estimates placing at least several hundred thousand spectators along with parade route in 1985.[5] While attendance remained impressive throughout its run, financial support from local corporations severely declined and the city chose to cancel the parade after the 1993 event.[6]