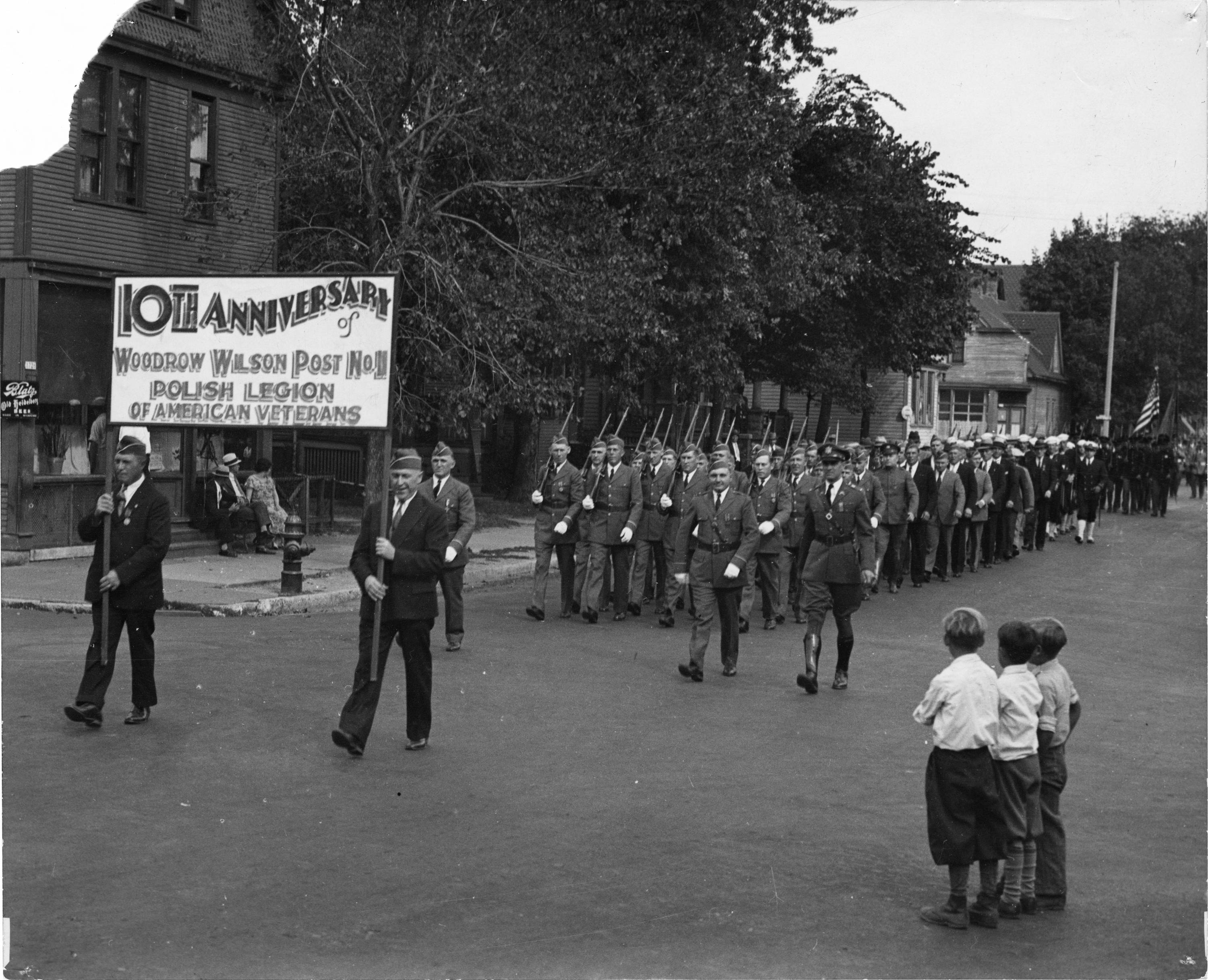 Milwaukee has a long tradition of parades, starting with the Saint Patrick’s Day Parade, which first occurred before Wisconsin was a state in March 1843. This parade, honoring Milwaukee’s Catholic and Irish heritage, was conceived and led by Father Martin Kundig, the leader of the Catholic Church in Milwaukee. The current iteration of the holiday parade is sponsored by the Shamrock Club of Wisconsin, which started its version in 1966.[1]

Parades in Milwaukee celebrate the city’s history in addition to the holidays. The “Industrial Parade” commemorated the state’s semi-centennial in June 1898. The Industrial Parade highlighted the changes in “methods and environments” of daily and industrial life in Milwaukee.[2] The three-mile-long procession had 300 decorated floats from private and public organizations.[3] When the city held its month-long centennial celebration, dubbed “Centurama,” in 1946, among the planned events was the “panorama of nationalities” honoring Milwaukee’s diverse ethnic history.[4] The July 14th parade lasted three and a half hours and included 115 floats, seventy-six balloons (including at least some from the Macy’s Thanksgiving Day Parade), local veterans, bands, and beauty queens. The Journal Sentinel reported that, despite a summer drizzle, approximately 150,000 to 250,000 people watched the Centurama parade, making it one of the city’s largest.[5]

The Milwaukee Holiday parade, which ran for ninety-one years until 2017, traced its roots to the parades sponsored by the Gimbels and Shuster’s department stores.[6] Although Gimbels held a Christmas parade for several years, the best-known holiday parades were sponsored by Shuster’s, starting in 1927. The first version of the Schuster’s Christmas parade featured Santa Claus and his reindeer and introduced Me-Tik, the Eskimo reindeer handler, and Billie the Brownie, both of whom became holiday advertising mainstays. When Gimbels acquired Schuster’s in 1962, the Schuster’s parade was cancelled so the consolidated company could focus on supporting the Downtown Associations’ annual parade.[7]

One of Milwaukee’s favorite parades was the Great Circus Parade, also known as “the Grand Daddy of Parades.”[8] This parade was an annual tradition starting in 1963, when Schlitz Brewing sponsored the parade as a fundraiser for the Circus World Museum in Baraboo, Wisconsin.[9] Although it was cancelled in 1968 due to the city’s racial and social unrest, the parade continued until 1973, when the Schlitz dropped its sponsorship.[10] The museum continued holding the parade sporadically until 2009.[11]

In addition to these long running parades, Milwaukee also hosts annual Veterans Day parades, which started in 1963. The parade features floats and marching bands honoring veterans and the military. In 2016, the parade concluded at the Milwaukee County War Memorial to honor those who died in service and to commemorate World War I’s centennial.[12] The annual Labor Day parade opens Laborfest, an event honoring Milwaukee’s labor and craft groups, the working and middle classes, and Milwaukee’s labor history.[13] 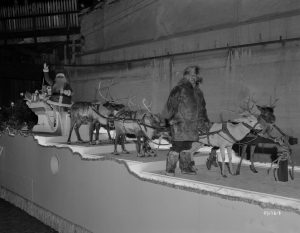 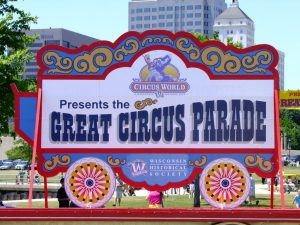