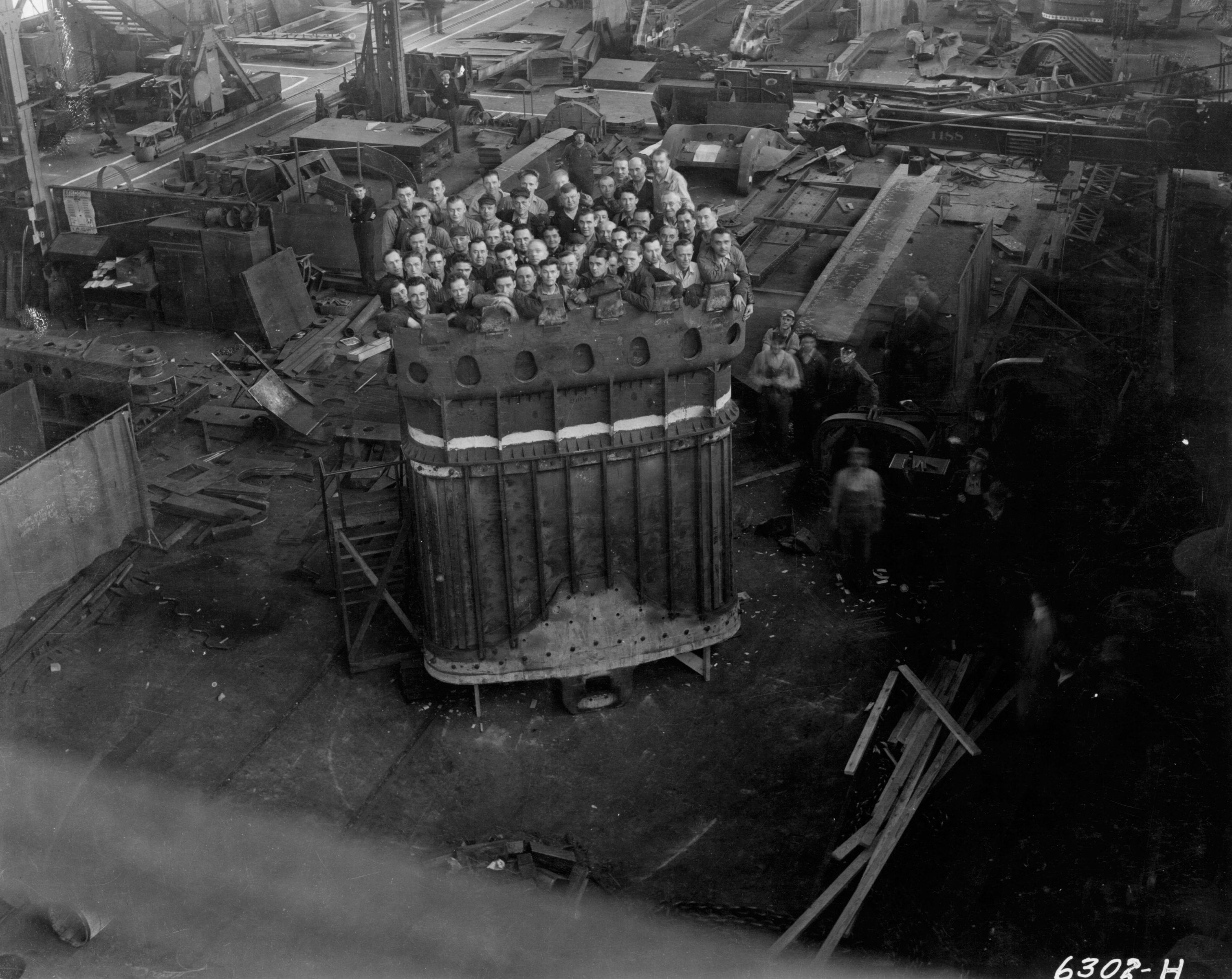 No other company built as wide a variety of excavating and lifting machines as Bucyrus International, Inc. and its predecessor companies. Machines have been manufactured at its South Milwaukee plant since 1893 and from 2011 by Caterpillar Inc., which purchased Bucyrus that year.[1]

Originally founded in 1880 as the Bucyrus Foundry and Manufacturing Company at Bucyrus, Ohio, the successful company sought to expand its operations in 1891. A group known as the South Milwaukee Company convinced Bucyrus management that an industrial site it owned in the Town of Oak Creek in Milwaukee County, Wisconsin, held great potential. It was adjacent to the Chicago and North Western Railroad tracks and was offered with a substantial financial incentive. Bucyrus subsequently built a new factory on the site and began operations there in April 1893.[2]

Bucyrus machines earned a solid reputation through their work on major projects across the United States and worldwide. These included the California gold fields,[3] the enlargement of the New York State Barge Canal in 1902-1912,[4] and the Panama Canal, to which 77 steam shovels were supplied between 1904 and 1908.[5]

Over its long history, Bucyrus acquired several companies, either to eliminate competition, or to add new products. In 1927, it merged with Erie Steam Shovel Company, causing a further corporate name change to Bucyrus-Erie Company.[6] This merger provided a line of small shovels, which Bucyrus previously lacked. In 1930, it established Ruston-Bucyrus Ltd. in England, a joint venture with Ruston & Hornsby Ltd. to expand worldwide sales and manufacturing.[7] And in 1933, Bucyrus entered the mobile drill industry when it acquired Armstrong Drill Company.[8] A year later it added walking draglines when it gained control of the Monighan Manufacturing Corporation.[9]

Among Bucyrus’ many achievements and inventions over the years, none captured the public’s imagination as much as the giant strip mining machines of the 1960s, built to sizes never exceeded. The largest Bucyrus-Erie shovel was the 140-yard 3850-B; the largest dragline was the 220-yard 4250-W known as “Big Muskie,” the latter being the largest mobile land machine ever built.[10]

Through its long history, Bucyrus was able to survive “boom and bust” periods by expanding or contracting as market conditions dictated. Shortages of oil in the early 1970s caused a rapid increase in coal mining, and the company responded by doubling its manufacturing space within one year. The 1980s recession caused the company to sell its outlying plants and consolidate manufacturing at its South Milwaukee headquarters.[11] Another boom in the 2000s resulted in record sales.

Bucyrus-Erie continued its acquisition of key companies in the surface mining industry. In 1988, it acquired the walking dragline assets of Ransomes & Rapier Ltd. of England and, in 1996, to better reflect its international status, changed the company name to Bucyrus International, Inc. In 1997, it purchased its main competitor, Marion Power Shovel Company, after 113 years of rivalry.[12] Marion had built the world’s largest shovel, the 15,000-ton 6360 180-yard stripping shovel, and the Apollo moon rocket transporters for NASA in 1965[13]

With the acquisition of Rapier and Marion, Bucyrus (now Caterpillar Global Mining), along with competitor Harnischfeger Corporation (now Joy Global), supply the entire western world with electric mining shovels and walking draglines. Both are based in the Milwaukee area.