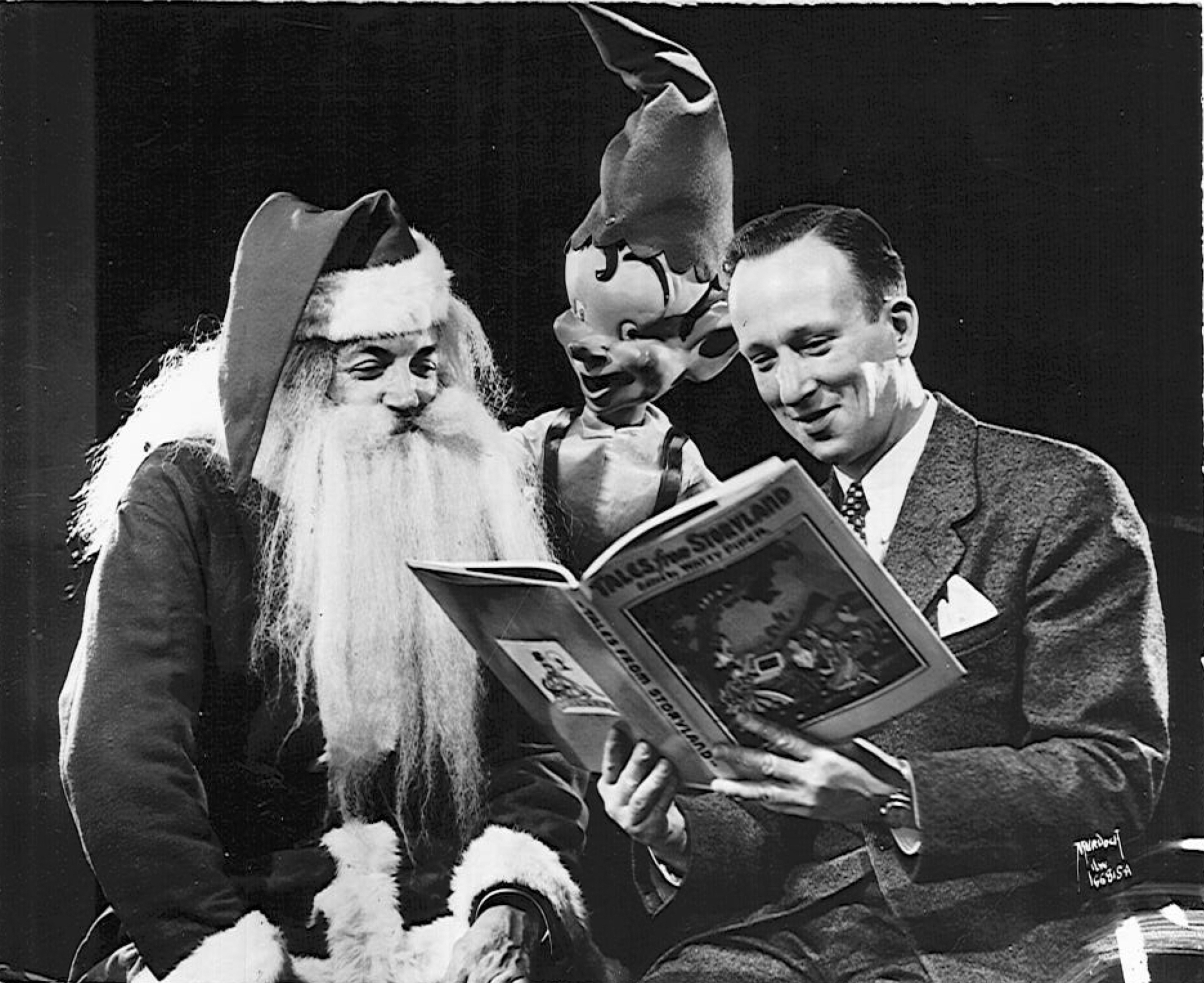 Billie the Brownie was a multi-media star of Christmas in Milwaukee from the 1920s to the 1950s. Years earlier, the writer and artist Palmer Cox had popularized “Brownies”—he created dozens of the little men, each with a different ethnic background, personality, and occupation—in scores of stories published in children’s magazines late in the nineteenth century.[1] They also appeared in numerous advertisements, were made into toys, and became the namesake of the hand-held “Brownie” camera in 1900. In Milwaukee, Brownies began to appear in Schuster’s Department Store advertisements and displays during the 1920s. By 1927, “Billie the Brownie” was featured in Schuster’s annual Christmas Parade. Four years later Billie joined Santa Claus and an Eskimo named Metik on a fifteen-minute, daily radio show on WTMJ. They chatted about the holiday, read letters from children to Santa (in 1947, 100,000 letters were received), and told Christmas tales. After nearly a quarter century, Billie, Santa, and Metik made their final radio broadcast on Christmas Eve, 1955.[2] The Milwaukee Journal Sentinel honored the tradition when it launched a seasonal comic strip called “Beanie the Brownie” in 1996. Beanie, Billie’s son, is challenged each year to “save” Christmas from one villain determined to ruin Christmas.[3] 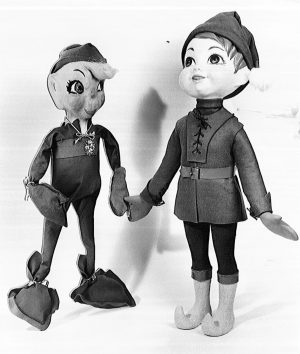