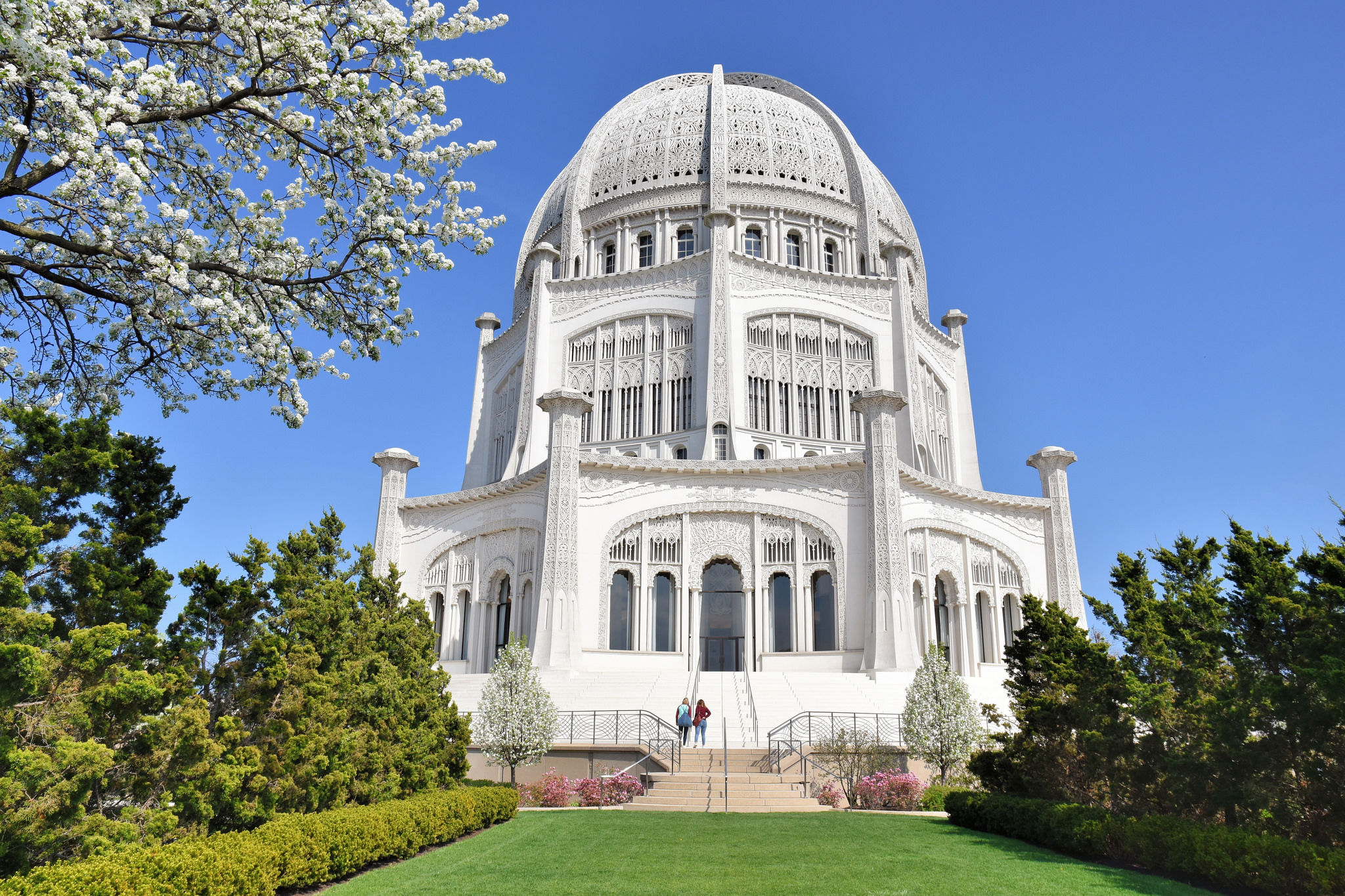 In 1894, Ibrahim Kheiralla, one of the first Bahá’ís in the United States, arrived in Chicago.[1] This Lebanese-born entrepreneur, aided by new converts to the Faith, worked to spread this independent, monotheistic religion. Within five years Bahá’í communities had spread to Southeastern Wisconsin.[2]

In 1900, Charlotte and Henry Morton moved from Kenosha to Milwaukee, becoming the city’s first Bahá’í residents.[6] By 1906, the Milwaukee community had grown to fourteen members.[7] More recently, several influential national Bahá’í leaders and missionaries—called “pioneers”—have ties to the Milwaukee community.[8] Immigration from Iran and an increase in conversions in the late twentieth century added to the strength of American Bahá’í communities. In 2010, over 730 Bahá’ís worshipped in greater Milwaukee.[9]

Milwaukee-area congregations have met in private homes, parks, and rented spaces.[10] Wisconsinites helped fund the United States’ only Bahá’í temple, located outside of Chicago.[11] From the 1960s until the 2010s, Milwaukee Bahá’ís maintained a community center in the Midtown neighborhood.[12] And in 2001, upwards of 8,000 faithful attended a Bahá’í national conference in Milwaukee.[13]

Although members are discouraged from joining political parties, the faith is active in promoting racial and gender equality, human rights, and sustainability on the local, national, and international levels.[14]