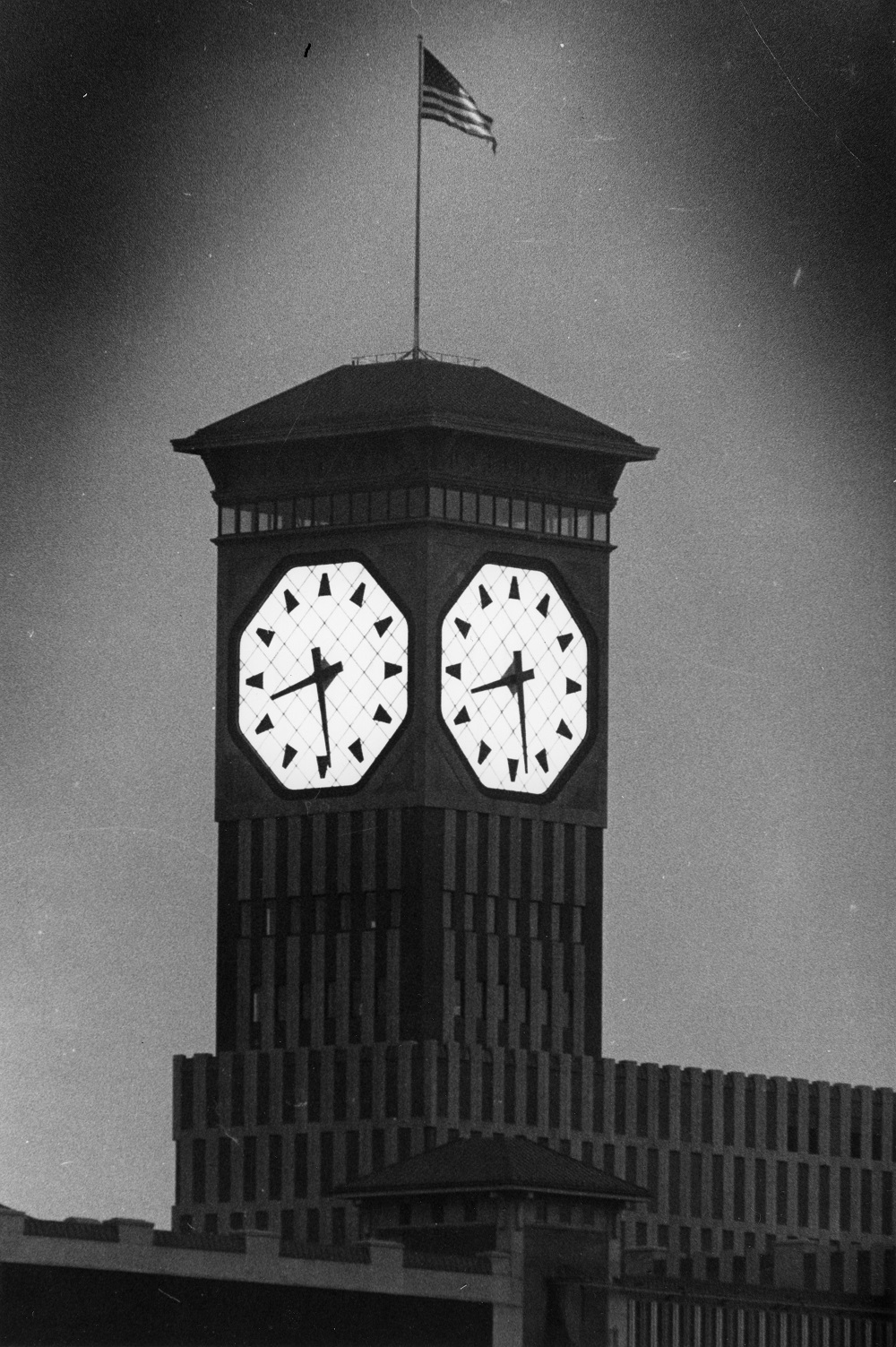 When it was unveiled on October 31, 1962, the clock tower replaced a lower clock tower that rose above a different Allen-Bradley building.[4] The original clock, standing 160 feet above street level, was removed after the new tower was operational.[5] The current tower is 280 feet above street level. Each of the four clock faces is 40 feet, 3 inches in diameter; they are powered independently.[6] It takes about 10 minutes to reset the time by one hour.[7]

The clock tower is sometimes referred to as the “Polish Moon,” as its illuminated faces dominate the skyline of the South Side, which once had a large Polish population.[8] Harry Bradley, one of the founders of Allen-Bradley, intended the tower to become the “village clock” for the neighborhood.[9] It also became a navigational landmark, as the faces can be seen miles out into Lake Michigan on a clear night.[10]