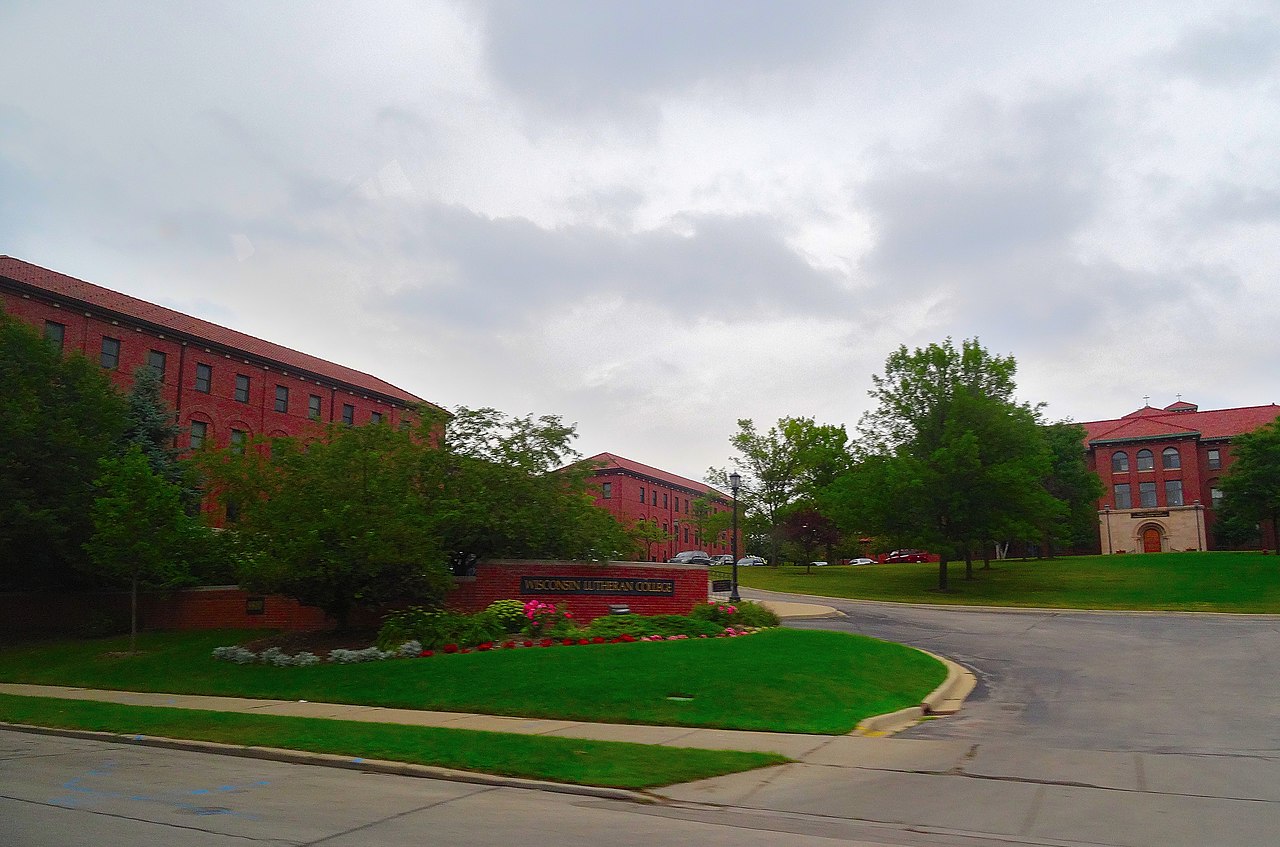 Wisconsin Lutheran College (WLC) was founded in 1973 by a group of Wisconsin Evangelical Lutheran Synod (WELS) members. The college is owned by a corporation of WELS congregations and governed by its Board of Regents.[1] WLC has enjoyed an ever-growing and generally positive relationship with the Milwaukee metro area and the state of Wisconsin.

WLC was initially a two-year junior college established to provide a liberal arts education for members of the WELS. In its first academic year, 1973-1974, WLC used classrooms of Wisconsin Lutheran High School on Glenview Avenue in Milwaukee, while its principal, Robert Krause, served as the first part-time president of WLC.[2] In 1977 the college purchased a campus at the site of a former Catholic home for women, the House of the Good Shepherd, at 8800 W. Bluemound Road.[3] WLC expanded its focus and became an accredited four-year undergraduate liberal arts institution. In 1987, it conferred degrees on its first Baccalaureate cohort.[4] In 2010 it began to offer a degree completion program and Master of Arts degrees with education-studies emphases.[5]

The original 1977 campus accommodated a student population of 350, ten times the size of the inaugural class. Throughout the following decades, the college grew in population and footprint. By 2004 WLC had over 700 students and the campus, initially a single building, had grown to eight dedicated buildings, all built in the Romanesque style. The school also owned several residential properties in the vicinity.[6] In anticipation of continued student population growth, WLC added a dormitory along Wisconsin Avenue in 2014[7] and a multi-level parking structure in 2016.[8] In 2016 WLC had enough space for approximately 1,150 resident students.[9]

Since the campus straddles the Milwaukee and Wauwatosa city borders, construction has occurred in both cities. Occupying space in two municipalities has been trying for both the institution and its neighbors in Wauwatosa, who have sometimes challenged WLC’s initiatives.[10] However, despite some vocal opposition, it appears that most residents are comfortable with the college’s development. According to an unofficial poll administered in 2016 by My Community NOW, 67 percent of the nearly 600 respondents agreed that WLC’s expansion is reasonable. Only 21 percent consider the neighborhood impact to be too great.[11]

Though the college is small, it has made significant contributions to the local community, student spiritual growth,[12] and Wisconsin markets. An economic impact study conducted in 2015 shows that WLC has generated more than $44 million in fiscal growth and sustained nearly 600 jobs in Wisconsin.[13] The report also indicates that the WLC community donates $9.5 million annually in charitable contributions.[14] WLC has also forged important relationships with area colleges, Froedtert Hospital and the Medical College of Wisconsin, local historical societies, businesses, K-12 institutions, charities, and fine arts organizations, among others.[15] Additionally, the college has been the launching place for programs like the Center for Urban Teaching[16] and Pathways to College, efforts that support underprivileged communities, and that serve urban education in the Milwaukee area.[17] Overall, Wisconsin Lutheran College’s relationship with Milwaukee is both positive and enduring. 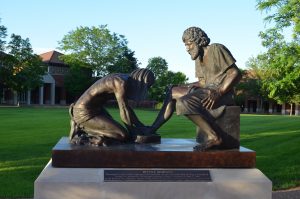