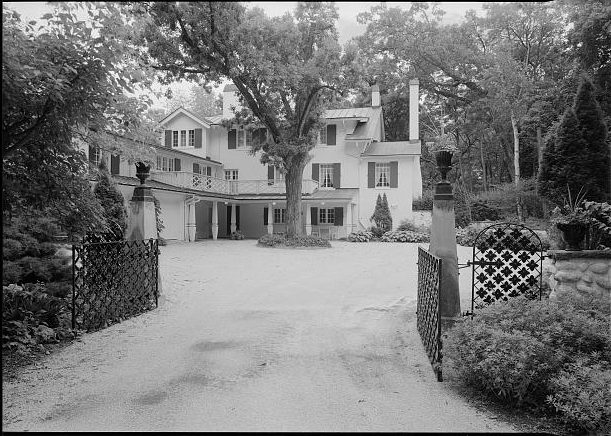 Home to world famous theater couple Alfred Lunt and his wife Lynn Fontanne, Ten Chimneys earned National Historic Landmark status in the early 2000s.[1] Lunt, a Milwaukee native, bought the site in Genesee Depot in the Town of Genesee in 1913 and began building the house a year later.[2] The Lunts brought in famed theater set designer Claggett Wilson to paint elaborate murals on the walls and ceilings.[3] They hosted a number of world renowned celebrities at Ten Chimneys, including Noël Coward, Sir Lawrence Olivier, and Katherine Hepburn.[4] Threatened by land developers, the property was saved by local arts and preservation advocates in 1996. Now administered by the Ten Chimneys Foundation, the house and grounds serve as a museum and as a venue for public programs, specialized theater events, arts education programs, acting workshops, and lectures.[5]