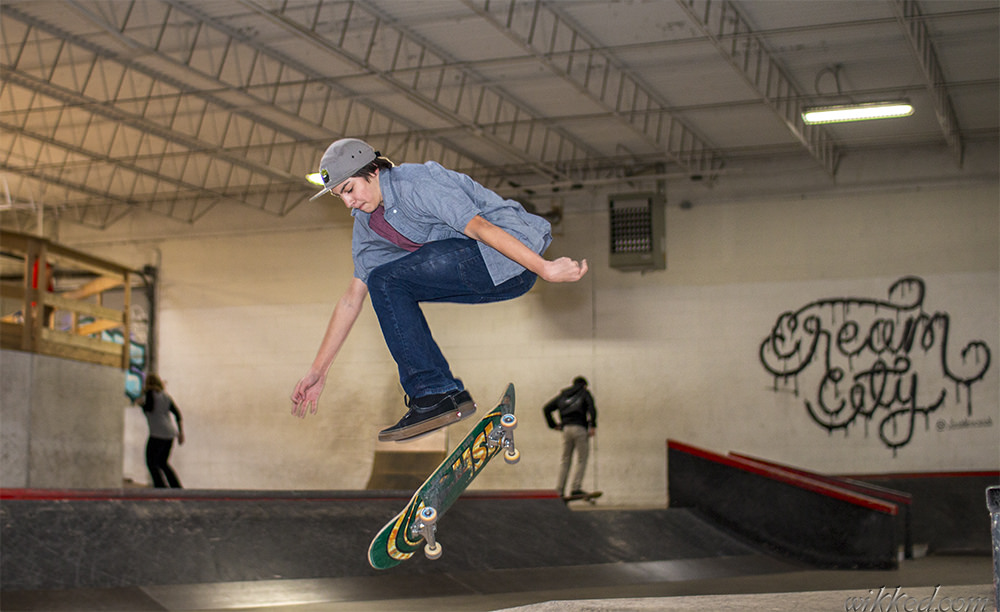 A California import, skateboarding appeared in Milwaukee in the 1960s and rose in popularity in the 1970s.[1] Local authorities perceived skating as dangerous and wasted little time banning it from most public places.[2] According to contemporary accounts, this led to confrontations between skaters and authorities, which supported skateboarding’s outsider image.[3] Nevertheless, skaters careened down the smooth ramps of local schools until campus police intruded, while hotshots performed tricks at “the spot” in Greenfield Park.[4] The famous concrete pools at Turf Skatepark in Greenfield functioned as skateboarding’s area headquarters, attracting the nation’s top teams and local youth alike through the mid-1990s.[5] Forty years on, skateboarding’s rebellious spirit remains, but the growing number of well-maintained skate parks in the area attest to its increasingly mainstream status.[6] 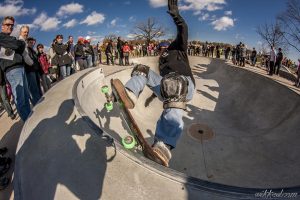