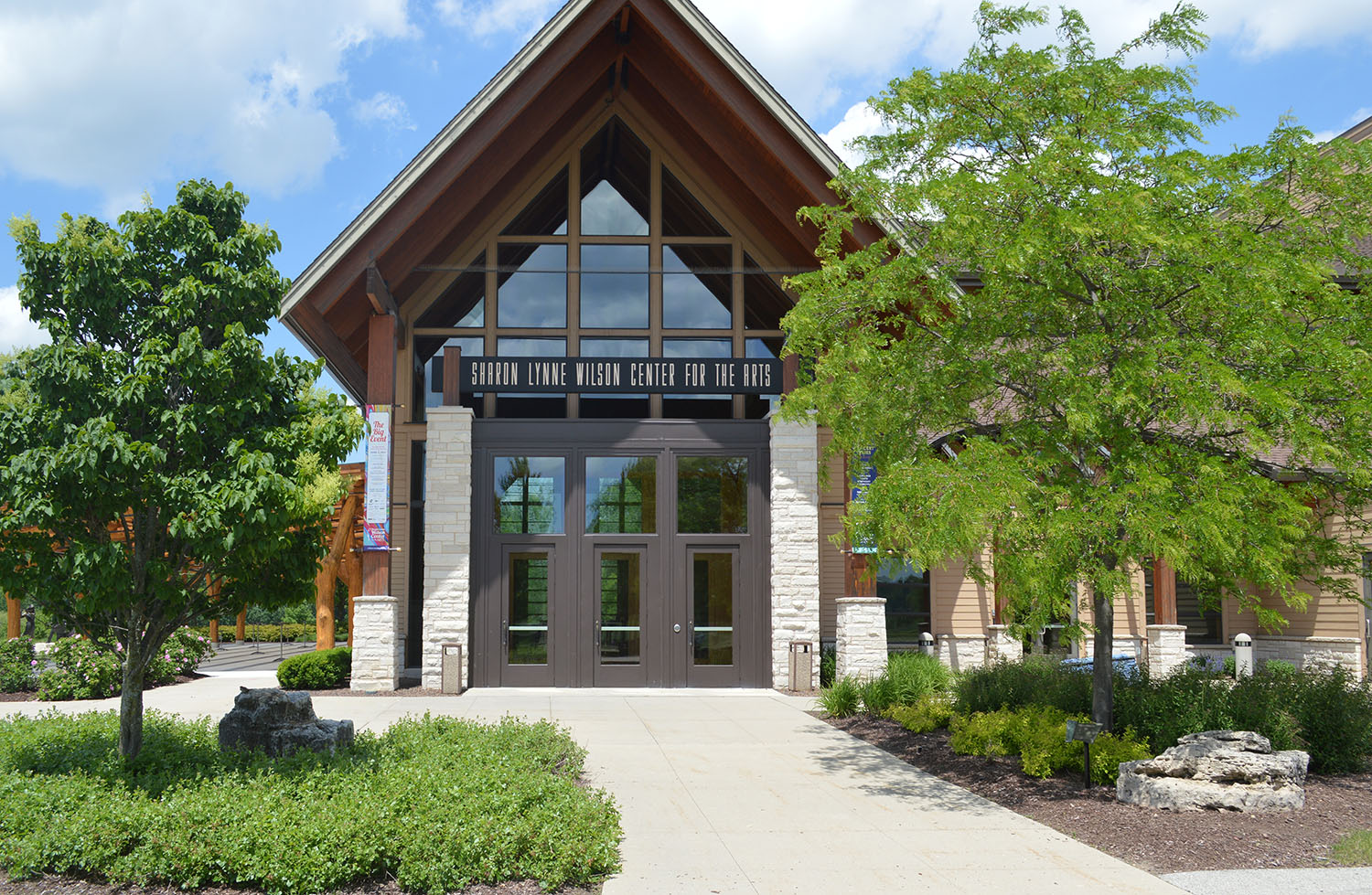 The Sharon Lynne Wilson Center for the Arts was born in early 1994 when a five-person committee conducted a survey of approximately fifty performing arts groups to assess the needs of the community for an arts-oriented facility in Brookfield.[1] Named after Sharon Wilson, an avid supporter of the arts who died of breast cancer in 1995, the 43,000 square foot facility is equipped with a studio theater, education space, a 40-foot-high limestone fireplace, and a 600-seat auditorium.[2]

Some of the region’s finest arts organizations provide instruction at the Wilson Center. The Wisconsin Conservatory of Music offers classes ranging from chamber music and the piano to introductory lessons geared toward children and families.[3] The Wilson Center also hosts the Trinity Academy of Irish Dance, which instructs children aged three to ten, and the First Stage Theatre Academy, which provides theatrical training for all school aged children.[4] Visual arts are also offered at the Wilson Center, with individual classes and a week long summer camp, “the Art of Nature,” for children in grades one to six.[5] The Wilson Center also collaborates with the Elmbrook School District, which pays $140,000 annually to schedule one hundred days of performances, set construction, spelling bees, and staff development.[6]