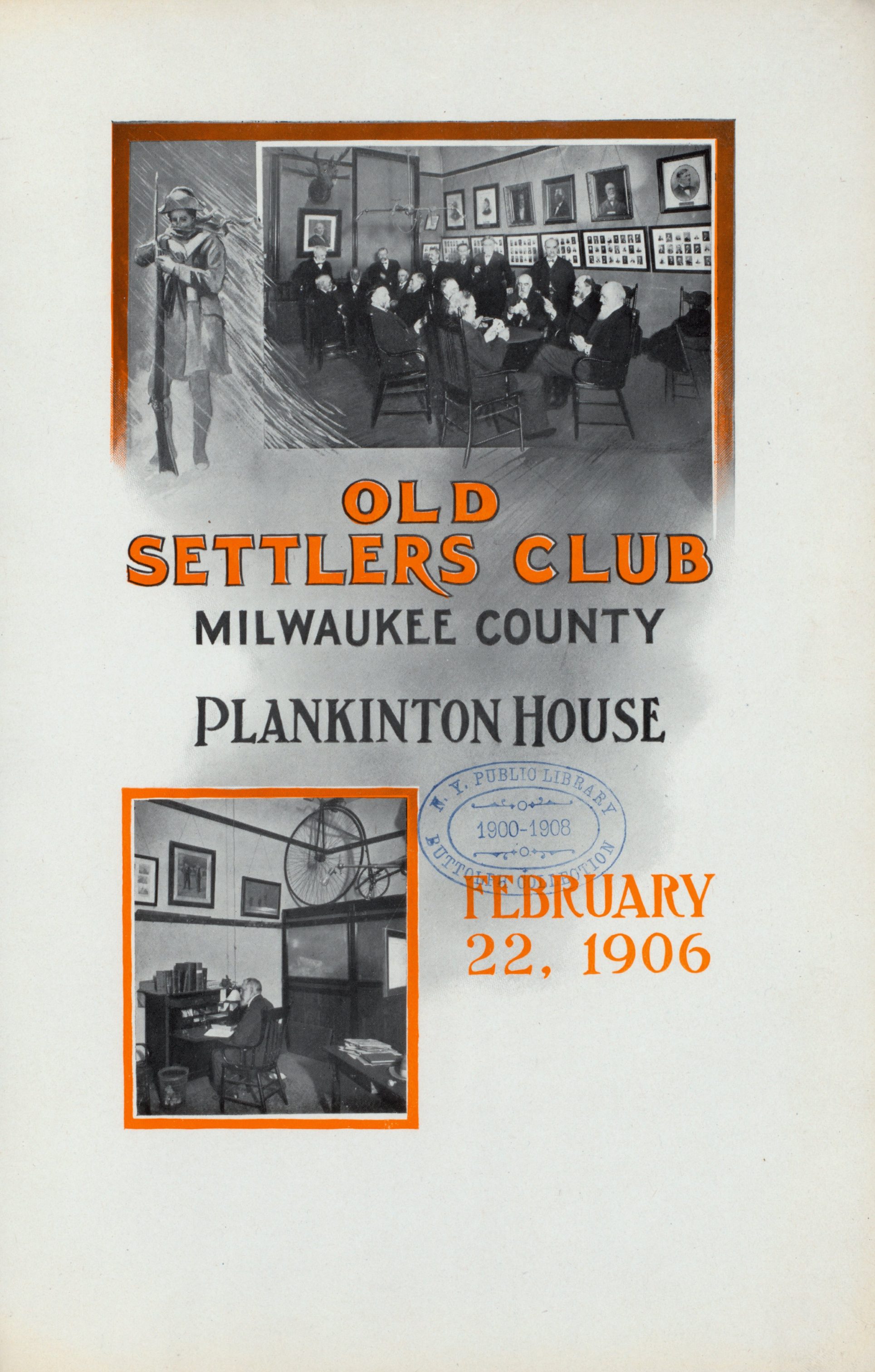 In the 1860s, as Milwaukee’s original founders passed away, a group of early settlers came together to revive their former ties and preserve the area’s history.[1] On July 5, 1869, the group held its first meeting, inviting any citizen of “good moral character” (later only men could belong) who had settled in Milwaukee prior to January 1839 to join.[2] Over time, they broadened membership requirements, allowing new members to join if they lived in Milwaukee County for thirty years or more.[3] As the city grew and changed, the Club collected books, pictures, and relics of early Milwaukee. They also held annual picnics, built memorials honoring community founders, and issued plaques commemorating historical sites in the city.[4]

Flowers, Frank. The History of Milwaukee, Wisconsin: From Pre-historic Times to the Present Date. Chicago: The Western Historical Co., 1881.