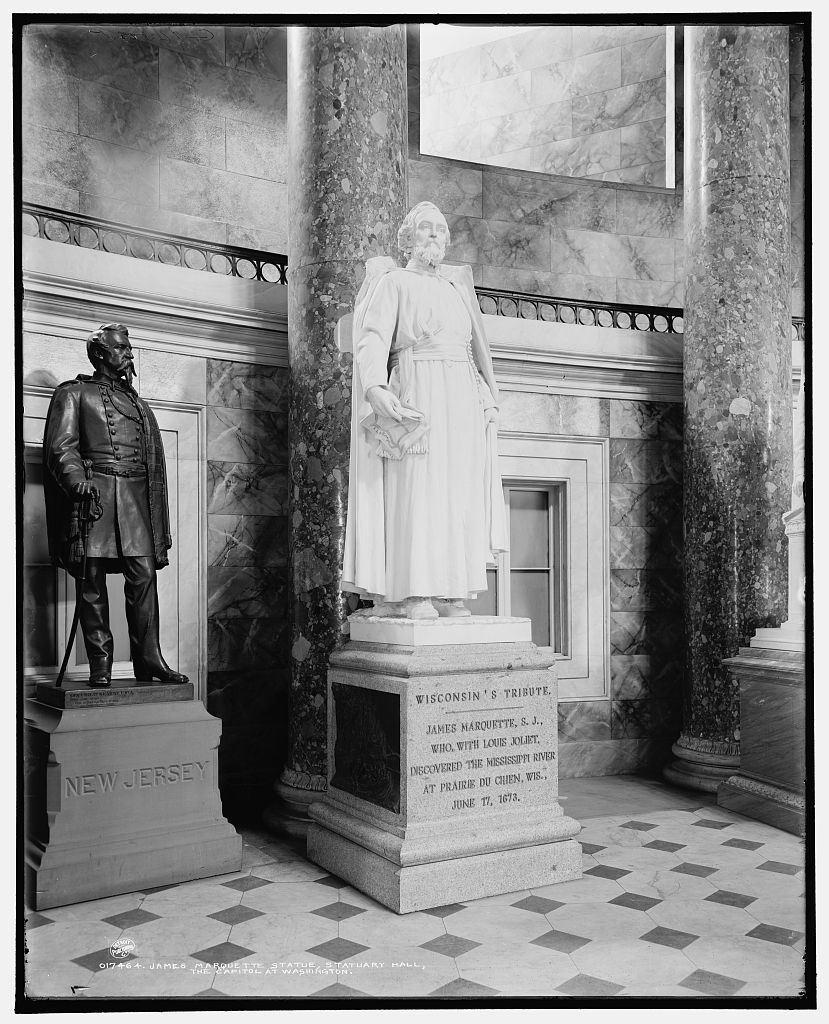 Jacques Marquette (1637-1675) was a Jesuit missionary best known for exploring the upper Mississippi River with Louis Jolliet. Born in Laon, France, Marquette became a member of the Society of Jesus at the age of seventeen. He was assigned to the missionary outpost of Quebec in 1666. Having envisioned being a missionary since boyhood, Marquette dedicated the next nine years to converting North American Indians.[1] In 1673 he embarked on an exploration of the Illinois country with Jolliet, recording details about the flora, fauna, and indigenous groups they encountered along the way. Although he stopped only briefly in Milwaukee during a second voyage in the fall of 1674, Marquette University was named in his honor upon its opening in 1881.[2]