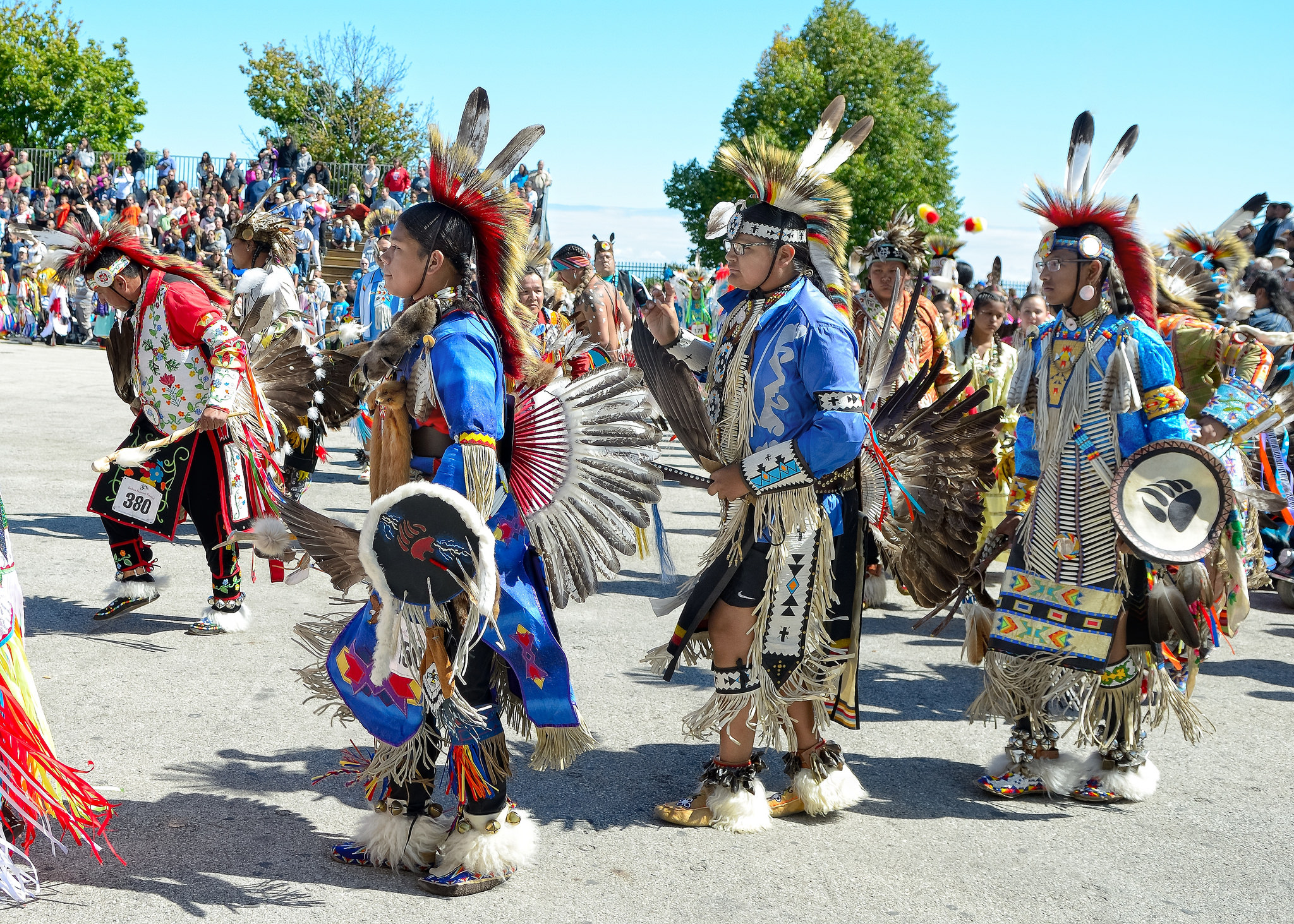 Held at Henry Maier Festival Park on Milwaukee’s lakefront each September, the Indian Summer Festival is one of the largest celebrations of Native American culture in the United States.[1] Approximately 45,000 people attend this three day event.[2] Butch Roberts, a Milwaukee police detective and an Oneida Nation member, started the festival in 1986 to celebrate Native American culture. The festival is geared towards both education and entertainment; participants teach children about their history in Wisconsin, engage in traditional dances, and play sports ranging from boxing to lacrosse.[3] The powwow contest is the central event of the Indian Summer Festival. It includes the Grand Entry and competitions in grass dancing, war dancing, and traditional dancing.[4] Since 2016, visitors have been able to view the Living Culture of the Woodlands exhibit, which shows how Wisconsin nations traditionally made baskets, worked beads, and built houses.[5] The festival’s food vendors sell frybread and buffalo sandwiches.[6]