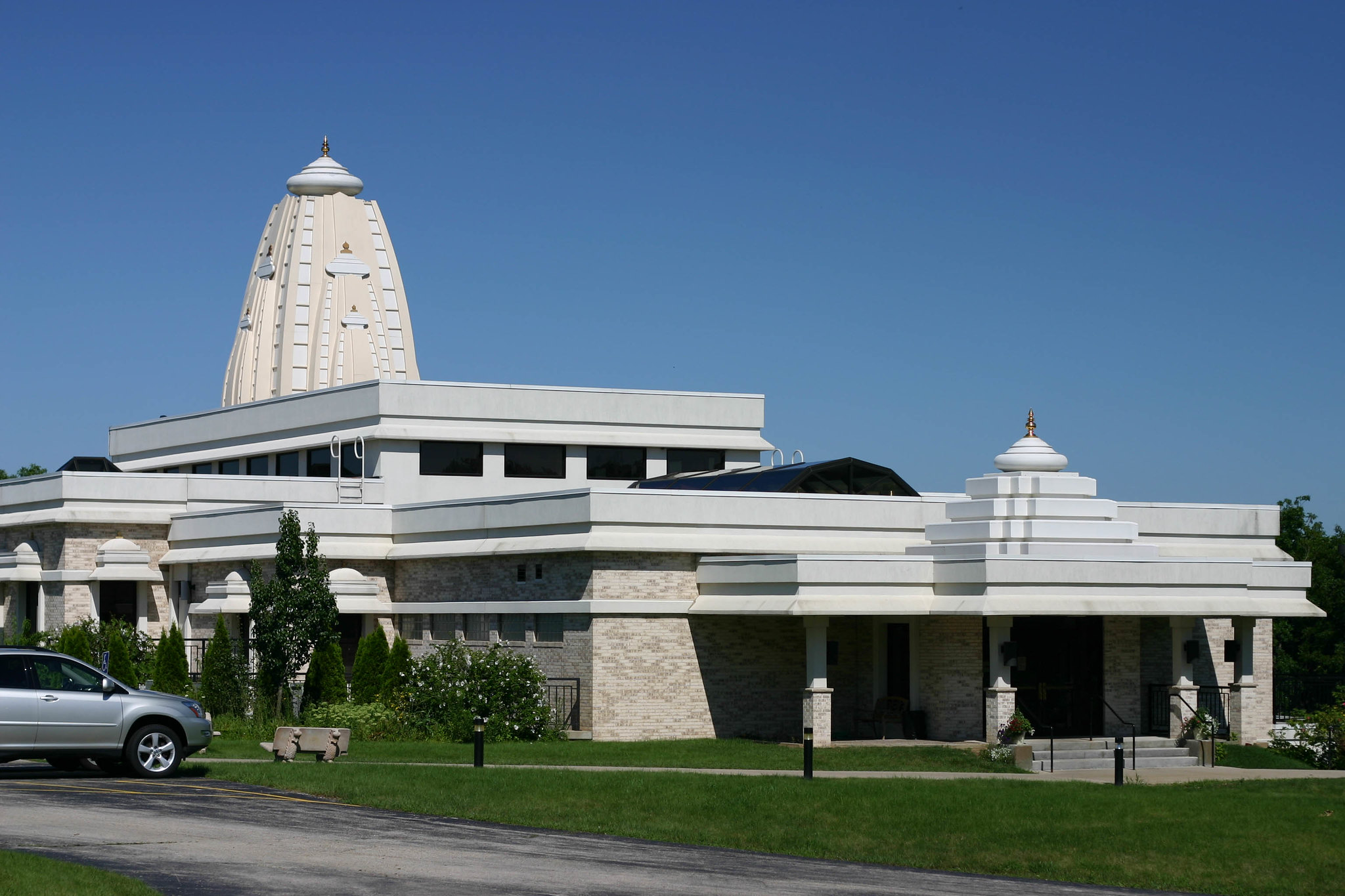 Over 6,000 Hindus worshipped in the greater Milwaukee area in 2010.[1] Thanks to increased immigration from India in the late twentieth and early twenty-first centuries, Milwaukee’s Hindu community has rapidly expanded.[2] While the Milwaukee Hindu community includes congregations of converts, the majority of the region’s Hindus are first or second generation immigrants from India.[3]

For much of the early 1900s, Hinduism in Milwaukee consisted of small communities of converts. Hindu missionaries to the United States arriving around the turn of the twentieth century brought with them practices sometimes known as “missionary” or “export” Hinduism.[4] Predominantly ministering to convert communities, early forms of Hinduism incorporated or supplemented Judeo-Christian beliefs.[5] One of these groups, a Milwaukee branch of the Self-Realization Fellowship (established in the 1930s) continues to be active in the early twenty-first century.[6] In 1961, Swami Shivapremananda (Sri Sukhendu Ray) moved to Milwaukee at the behest of the local chapter of the Divine Life Society, another “missionary” Hinduism group. He would lead the organization for three years.[7]

As immigration from India increased after the Immigration Act of 1965, Wisconsin’s Hindu population grew.[8] Early Hindu immigrants, many of them students and skilled professionals, met in houses around the region or worshipped privately in their homes.[9] By the 1980s, local Hindu congregations were meeting in churches and other borrowed spaces.[10] Clergy from temples in Illinois came to the Milwaukee area to officiate at services, and Southeastern Wisconsin Hindus regularly travelled to Illinois temples.[11]

The desire to build a local temple, which had percolated since the 1980s, came to fruition in the 1990s.[12] In 1996, the Hindu Temple of Wisconsin, a collaboration of many Hindu groups, was incorporated. Partnering with the Milwaukee-area Jain community, the organization purchased land in Pewaukee for the construction of Hindu and Jain temples. Principal construction was finished in 2000, and the Hindu temple’s deities were installed in Pran Pratishtha ceremonies in 2002 and 2003.[13] Additional construction, with another phase scheduled to conclude in 2020, has added space and improvements to the temple.[14]

Ethnic and linguistic groups from across India are involved with and represented at the Pewaukee temple and in Milwaukee’s Hindu community. Hinduism is not monolithic, and many local Hindus choose to follow particular spiritual leaders, called gurus, or culturally-specific customs.[15] Local groups devoted to a variety of spiritual practices meet throughout the greater Milwaukee area.[16] A Hare Krishna (or Gaudiya Vaisnava) temple opened on Milwaukee’s Far South Side in the mid-2000s.[17] Many other groups hold services and events at the Hindu Temple of Wisconsin.[18] In addition to religious events and worship opportunities, the temple also hosts events sponsored by Indian cultural and educational groups.[19]

Many secular groups with historical ties to Hindu practices exist in Milwaukee, including Transcendental Meditation and a wide variety of yoga classes.[20]