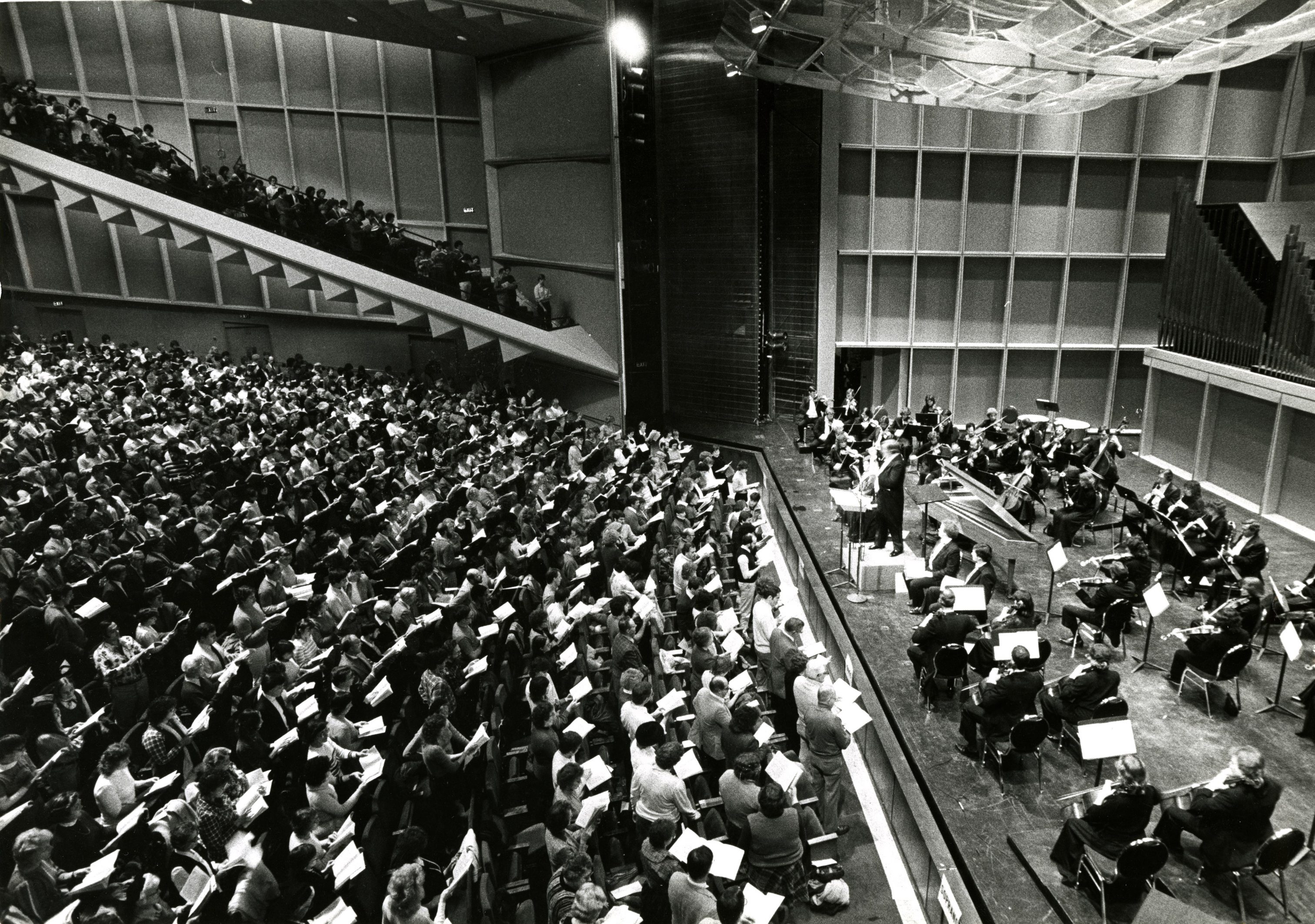 Milwaukee’s Bel Canto Chorus originated in the city’s numerous German singing clubs of the 1930s, a tradition brought to the area by nineteenth-century immigrants.[1] One group, the “Festival Singers of Milwaukee,” founded in 1931 as a small a capella chorus, featured eight volunteers who performed sacred music. The organization evolved into the Bel Canto Chorus, a Milwaukee institution with an international reputation.[2]

The original Festival Singers performed for Holy Name societies and at various civic and religious dedications, memorials, and rallies, as well as on the radio.[3] In 1947, the group re-organized and re-named itself Bel Canto Choir (“Choir” became “Chorus” in 1964), which is Italian for “good singing.”[4] Under the direction of James A. Keeley, who was conductor from 1956 until 1988, Bel Canto became Milwaukee’s most popular oratorio group, performing two major concerts and a number of smaller performances each year throughout the 1960s.[5] Funding came from robust ticket sales along with support from the United Performing Arts Fund (UPAF), which provided forty percent of the group’s operating budget.[6] In 1976, the group took its first trip abroad, performing for Pope Paul VI in St. Peter’s Square and in other Italian venues. Bel Canto also performed in Mexico in 1978.[7]

Richard Hynson took over as Bel Canto’s director in 1988, at a time when the group faced declining ticket sales, budgetary troubles,[8] and negative reviews.[9] Membership also waned, although the group toured every other summer, performing in Spain, the Czech Republic, France, and elsewhere in Europe.[10] The group’s financial situation stabilized around 2000, through improved administration along with the help of grants from the Bradley Foundation, UPAF, and local government agencies.[11]