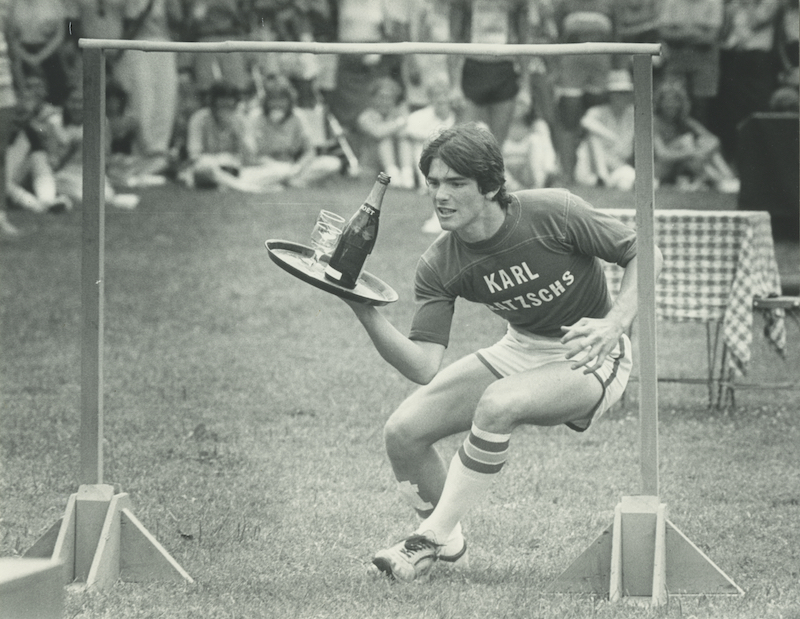 As the only Milwaukee ethnic celebration that operates as a genuine street festival, Bastille Days has been held in the Cathedral Square neighborhood on the East Side every July since 1982.[1] The multi-day festival is inspired by Bastille Day, the French national holiday, which commemorates the storming of the eponymous prison on July 14, 1789, and symbolizes the destruction of France’s Old Regime.[2]

The East Town Association, comprised of downtown businesses, corporations, and residents, sponsors the festival, which was originally called La Kermesse de la Bastille (The Fair of the Bastille), although patrons generally referred to it as “Bastille Days.”[3] While the festivities in France includes a military parade down the Champs-Élysées, fireworks and other patriotic festivities, Milwaukee’s version, which draws over 200,000 visitors, celebrates the Juneautown neighborhood and its founder, the French-Canadian fur trader, Solomon Juneau, along with, of course, French culture.[4] In lieu of Paris’s military parade, festivalgoers have enjoyed live music, fashion and puppet shows, a 75-kilometer bicycle race, wine tasting, and street performers.[5] As in France, the celebration featured a waiters’ race, in which participants balance beverages while running.[6] In 1985 a new tradition began with the “Storm the Bastille” five kilometer run/walk on Thursday evening.[7]

Efforts to re-create the Parisian ambiance led to the addition of a forty-three foot wooden Eiffel Tower in 1993.[8] When safety concerns led organizers to replace the popular meeting spot with an inflatable version in 1999, visitors panned the new faux Eiffel Tower as a tacky substitute.[9] The following year, the Milwaukee School of Engineering overhauled and resurrected the Bastille Days landmark.[10] 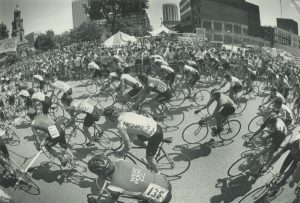