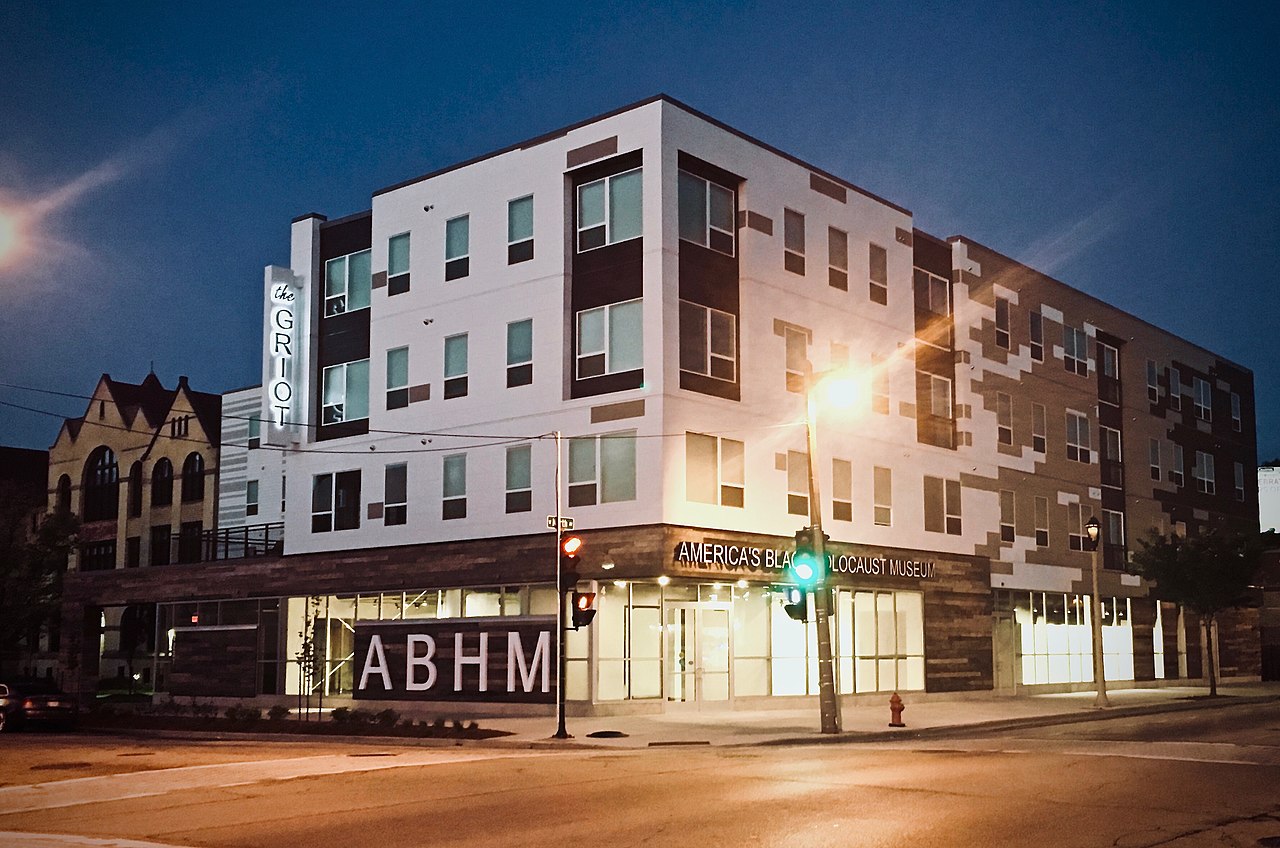 America’s Black Holocaust Museum is a one-of-its kind institution dedicated to documenting the history of violence against African Americans. It was founded on Juneteenth Day, 1988, by Dr. James Cameron, who as a teenager in 1930 narrowly escaped being lynched in Marion, Indiana. The museum initially was located at 317 West Wright Street, but later moved to a larger space at 2233 N. 4th Street. [1] It was created, in Cameron’s words, to “prick the conscience of America.”[2] The two decades of the museum’s physical existence succeeded at giving rise to both controversy and questions.

Some notable items featured in the museum were vignettes consisting of photographs and texts created by Cameron that documented lynchings and other forms of violence, Ku Klux Klan artifacts, and rare books. It housed many large-scale exhibits as well, such as a walk-through mural that surrounds the visitor on all sides with paintings depicting the journey across the Atlantic from Africa, and another on Fort Mose, the first free, all-Black community, located in St. Augustine, Florida.[3] Along with its permanent exhibits, the museum hosted various traveling ones, such as the ruins of the slave ship Henrietta Marie and a photography exhibit promoted and hosted by author Toni Morrison.[4]

Due to financial difficulties following Cameron’s death in 2006, the museum closed its physical location in 2008.[5] However, an online version of the museum continued to exist, which can be found at www.abhmuseum.org. The website contains numerous photo galleries, videos, and other multimedia features. In summer 2018, a new brick and mortar museum was opened in Bronzeville at the corner of North 4th Street and West North Avenue.[6]

Cameron, James. An Appeal to All People of Color in America and to Those Who Believe in Liberty and Justice and Equality for All. Milwaukee: New World Griots, 1983.