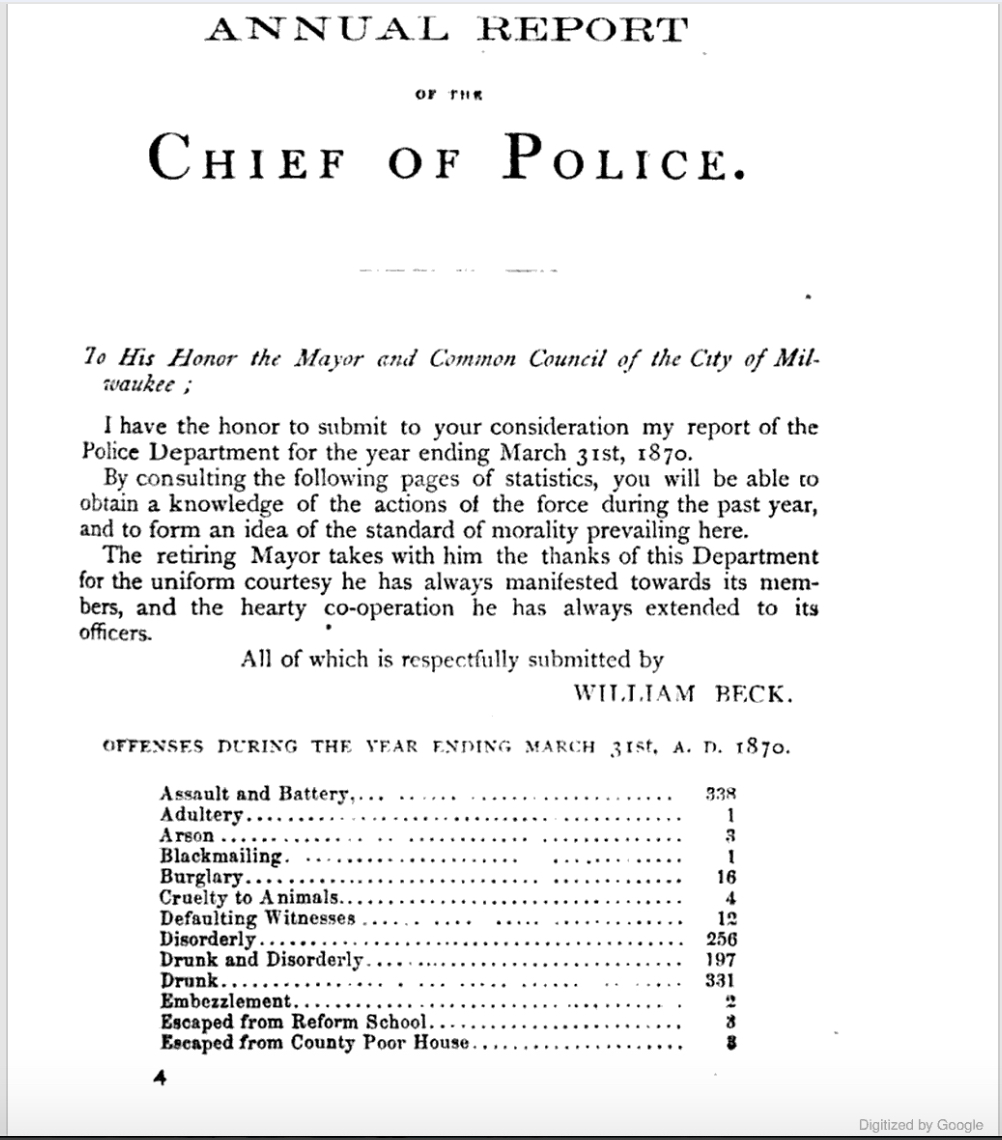 William Beck was appointed Milwaukee’s first police chief in 1855 after a series of arsons, thefts, and murders. German-born, Beck migrated to New York, serving as a police officer before becoming a farmer in the Town of Granville outside of Milwaukee. He served as a deputy sheriff for two years before beginning an on-again/off-again span of twenty-three years as the city’s chief between 1855 and 1882. Troubles in 1861 following bank riots and a lynching led to Beck’s first departure, although he returned two years later. He continually faced challenges from mayors and common councils who sought to use the police force as a source of political patronage.

Wheeler, A.C. The Chronicles of Milwaukee: Being a Narrative History of the Town from its Earliest Period to the Present. Milwaukee: Jermain & Brightman, 1861.