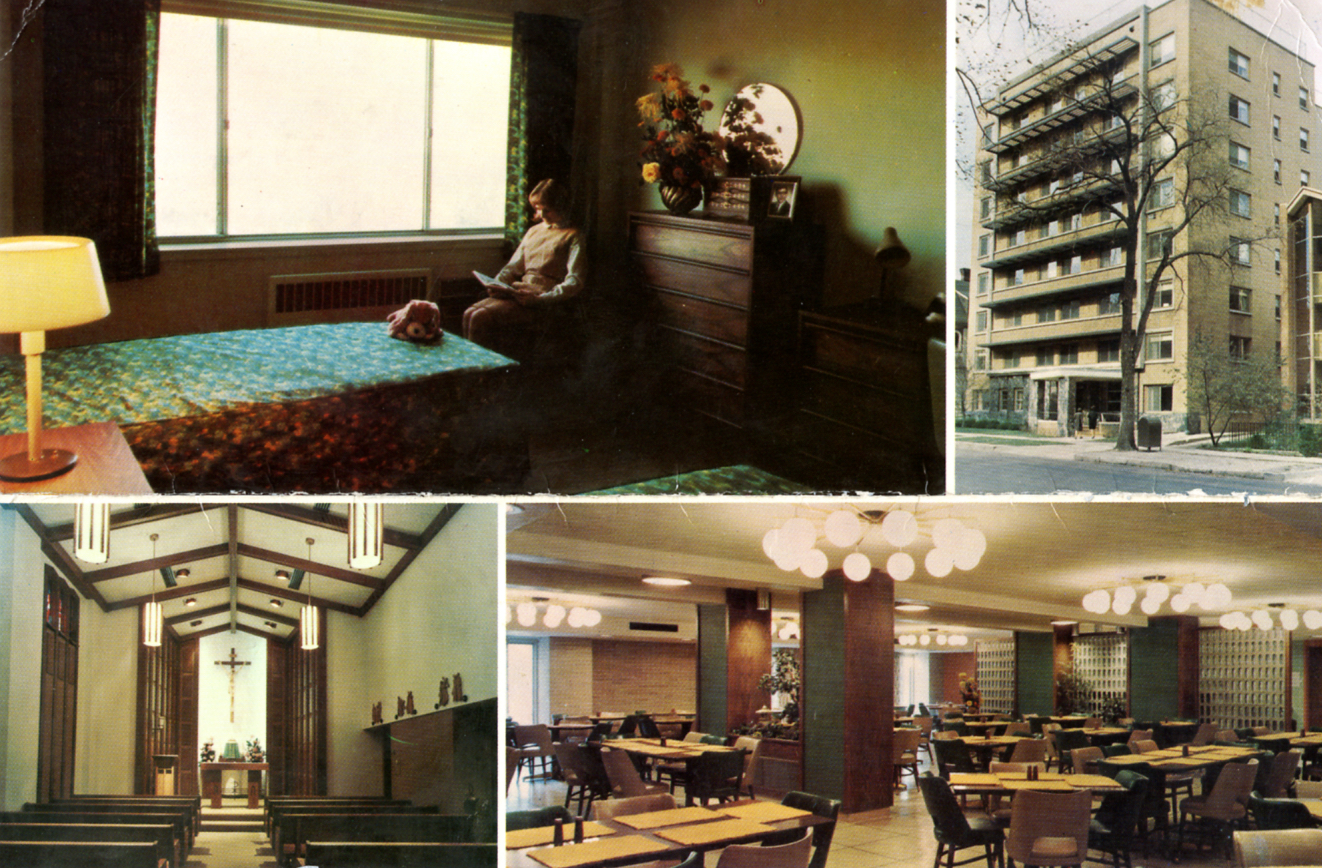 St. Catherine’s Residence was established in 1894 to provide temporary housing to the large numbers of young women moving from rural areas to Milwaukee for jobs or schooling.[1] The home, originally located at 1131 Sycamore Street (later West Michigan St.), was first known as St. Catherine’s Home for Working Girls. It was administered by the Sisters of Mercy Catholic charity group, although the residence took women of all faiths.[2] The aim of St. Catherine’s was to provide a safe and comfortable home for women who no longer lived with their families but had not yet started their own. Residents paid a weekly boarding fee and had access to a number of job training courses and home-like amenities.[3]

The original home had room for between 25 and 30 residents.[4] In 1966, St. Catherine’s relocated to a modern facility at 1032 East Knapp Street that could accommodate nearly 200. At the time of the move, women’s residences were still fairly common in Milwaukee, numbering around a half-dozen. But by the early 1980s, the Milwaukee Journal noted that St. Catherine’s was the last of its kind in the area. At that time, the residence still catered to a near-even mix of working women and those attending school.[5] In more recent years, however, the residence has primarily served women transitioning out of substance abuse programs or abusive domestic situations, single mothers, and girls leaving the foster care system.[6]

In 2013, the residence was merged with the Chicago-based Mercy Housing, a non-profit low-income housing provider.[7] 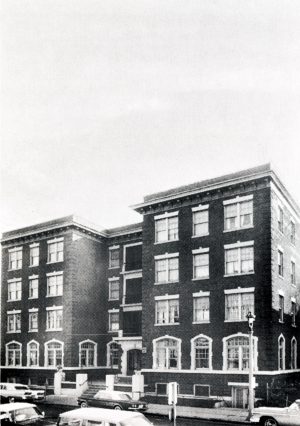 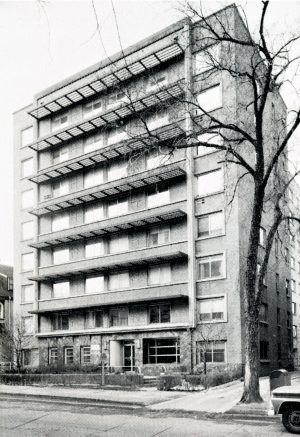