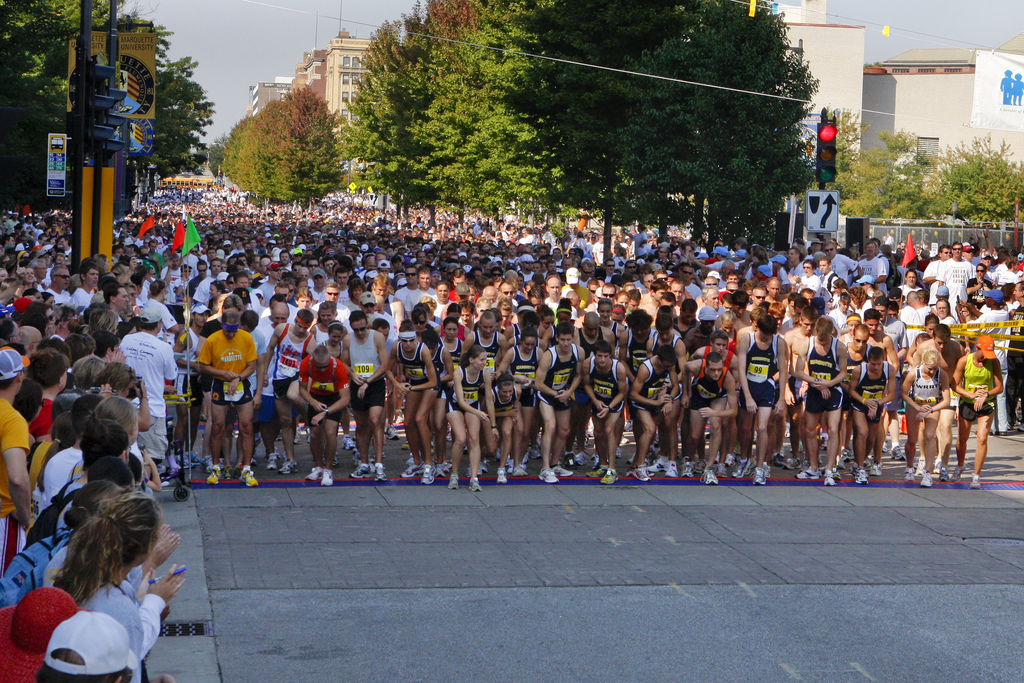 Numerous annual races serve as fundraisers for local charities and organizations. One of the largest of these, Briggs & Al’s Run & Walk for Children’s Hospital of Wisconsin, has raised over $14 million since its first running in 1977.[1] The Milwaukee County Zoo’s Samson Stomp & Romp was first run in 1981; its proceeds benefit the Zoo’s animal collection, with an emphasis on the relatives of Samson, the iconic gorilla who died in 1981.[2] The Milwaukee Lakefront Marathon, which also began in 1981, is sponsored by the Badgerland Striders, Wisconsin’s largest running organization. The Marathon does not serve as a fundraiser, but does serve as the Wisconsin Marathon Championship and provides qualification for the Boston Marathon.[3]