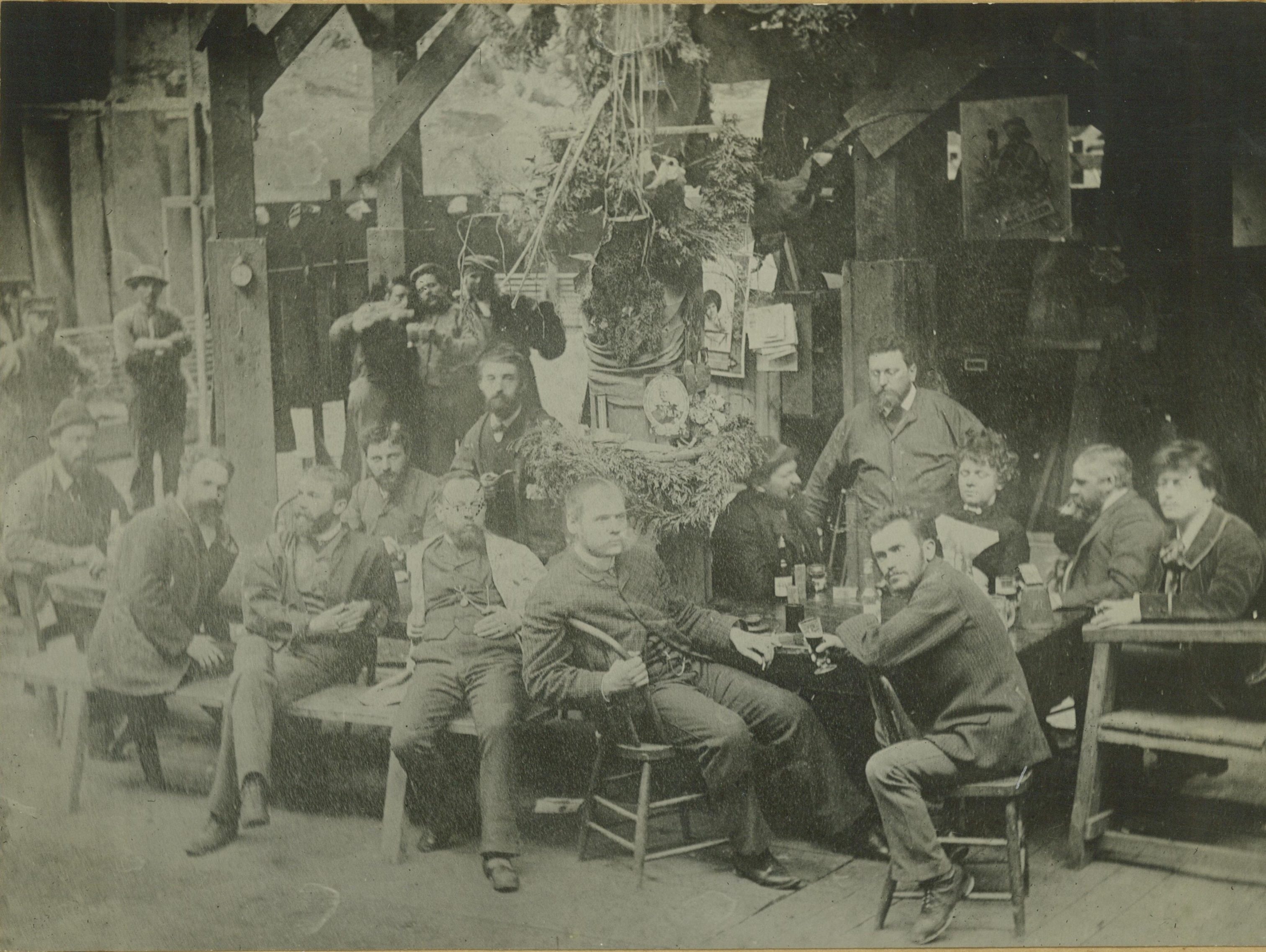 Noted Milwaukee artist Richard Lorenz was born in 1858 in Voigtstedt, Germany.[1] He began to study art at a young age as a student of prominent German artist Theodor Hagen.[2] In 1886, shortly after winning the Carl Alexander prize, Lorenz was hired by William Wehner to work for Wehner’s American Panorama Company in Milwaukee, Wisconsin. There, Lorenz worked on the paintings “Battle of Atlanta” and “Jerusalem on the Day of the Crucifixion.” Lorenz specialized in painting of horses. In 1892 he began working for Reed and Gross in Chicago, Illinois.[3]

From 1887 to 1888, Lorenz toured California, Texas, Colorado, Oregon, and Arizona, which inspired him to paint many of his most important and influential paintings. While visiting California, Lorenz also sketched scenes of Chinatown in San Francisco and of the Monterey Coast. After his travels, Lorenz became one of the preeminent western genre painters in the United States.[4] Lorenz’s most famous painting is “Burial on the Plains.”[5] The painting is located at the American Museum of Western Art in Denver, Colorado.[6]