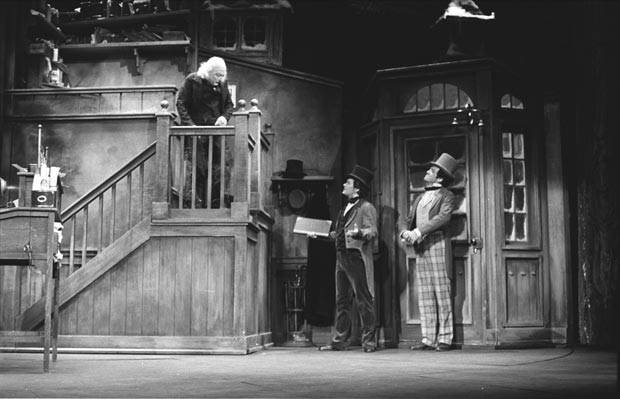 Milwaukee Repertory Theater, long known as “the Rep” for short, is the largest non-profit theater in Wisconsin and is nationally recognized for its innovative programming. Around 200,000 people attend the 700-plus performances that the Rep stages annually. The Rep produces fifteen plays a year, including the annual seasonal play, A Christmas Carol.[1] Milwaukee Repertory Theater has performed more than 600 plays since 1958. Among them have been 150 world premieres, including as The Foreigner (1982), Work Song: Three Views of Frank Lloyd Wright (2000), and Moby Dick (2002).[2] Notable actors and actresses who have worked for the Rep include Judith Light, Erika Slezak, and Jeffrey Tambor.[3]

The Rep’s forerunner was the Fred Miller Theatre, founded in 1954 and named after the head of Miller Brewing, who served as the fundraising chair and died in a plane crash shortly before the completion of the theater. The Fred Miller Theatre was located on Oakland Avenue on the Upper East Side, in a theater built in 1913 as the Miramar Theatre. (The Miramar still hosts theatrical performances.) The Miller Theatre hosted traveling Broadway shows featuring famous actors and actresses until 1963, when the theater established its own resident acting company and expanded its repertoire from Broadway hits to productions ranging from classics to new plays. This professional theater company became the Milwaukee Repertory Theater.[4]

The founding of the Milwaukee Repertory Theater’s was part of a larger regional theater movement in the 1960s devoted to creating residential theaters. The Ford Foundation was one of the catalysts for this movement, pledging a grant of $9 million in December 1961 for the expansion of theater programs across the country. The establishment of the Theatre Communications Group in 1961 and the National Endowment for the Arts in 1965 also contributed heavily to the growth of regional theaters around the United States. Through this financial support, artists were able to sustain small theaters and experiment with new and non-traditional productions. The Rep was one of thousands of regional theaters founded during this period.[5]

Milwaukee Repertory Theater has been located in several theaters over the years, including the Todd Wehr Theater in the Performing Arts Center (now the Marcus Center for the Performing Arts) from 1968 to 1987; the small Court Street Theater from 1974 to 1987, which hosted experimental pieces; and, since 1987, the Patty and Jay Baker Theater Complex. Their current home was formerly a power plant and is comprised of three theaters, a restaurant, and a bar. The Quadracci Powerhouse Theatre seats 720 people, the Stiemke Studio seats just over 200, and the Stackner Cabaret seats 124 people.[6] This space has allowed the Rep to be a self-sufficient regional theater that creates its own plays, sets, costumes, and props.[7] About 200 permanent employees work in sectors ranging from administration and development to technical design and lighting.[8] Until the mid-2010s, Milwaukee Rep also had a resident acting company, as well as a group of Associate Artists. Both salaried and contracted employees receive benefits through the Actors’ Equity Association, a union for theater performers.[9] The Board of Trustees, a group of volunteers, oversees the planning and fundraising for the theater group, and members of the Friends of Milwaukee Repertory Theater, another volunteer organization, serve as ushers and fundraisers.[10] The Rep has received funding from individuals, corporations such as Northwestern Mutual and Wells Fargo, foundations like the Herzfeld Foundation, and City of Milwaukee Arts Board and other government entities.[11] The Rep’s largest supporter however, is the Southeastern Wisconsin-based United Performing Arts Fund, “an umbrella nonprofit organization that raises funds to support…performing arts groups.”[12]

Milwaukee Repertory Theater views itself as a community theater seeking to promote understanding among people from various backgrounds. Their community engagement initiative, Mpact, is devoted to “strengthening and celebrating Milwaukee, diversity & inclusion, literacy and social-emotional learning.”[13] They pursue these goals through events across Milwaukee geared towards both education and entertainment, ranging from workshops to free performances.[14] The organization also has an Emerging Professional Resident Program that fosters professional development among regional theater actors and actresses. It claims to be one of the oldest programs of its kind.[15] The theater group values accessibility for disabled individuals, providing large print programs, American Sign Language interpretation, and captions.[16] In 1991, the Rep was awarded the Actors’ Equity Association’s Rosetta LeNoire Award for its inclusion of minority actors and actresses as well as its multicultural approach to theater.[17] 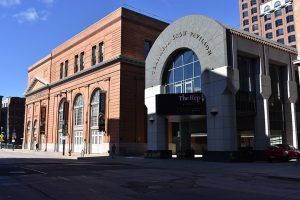