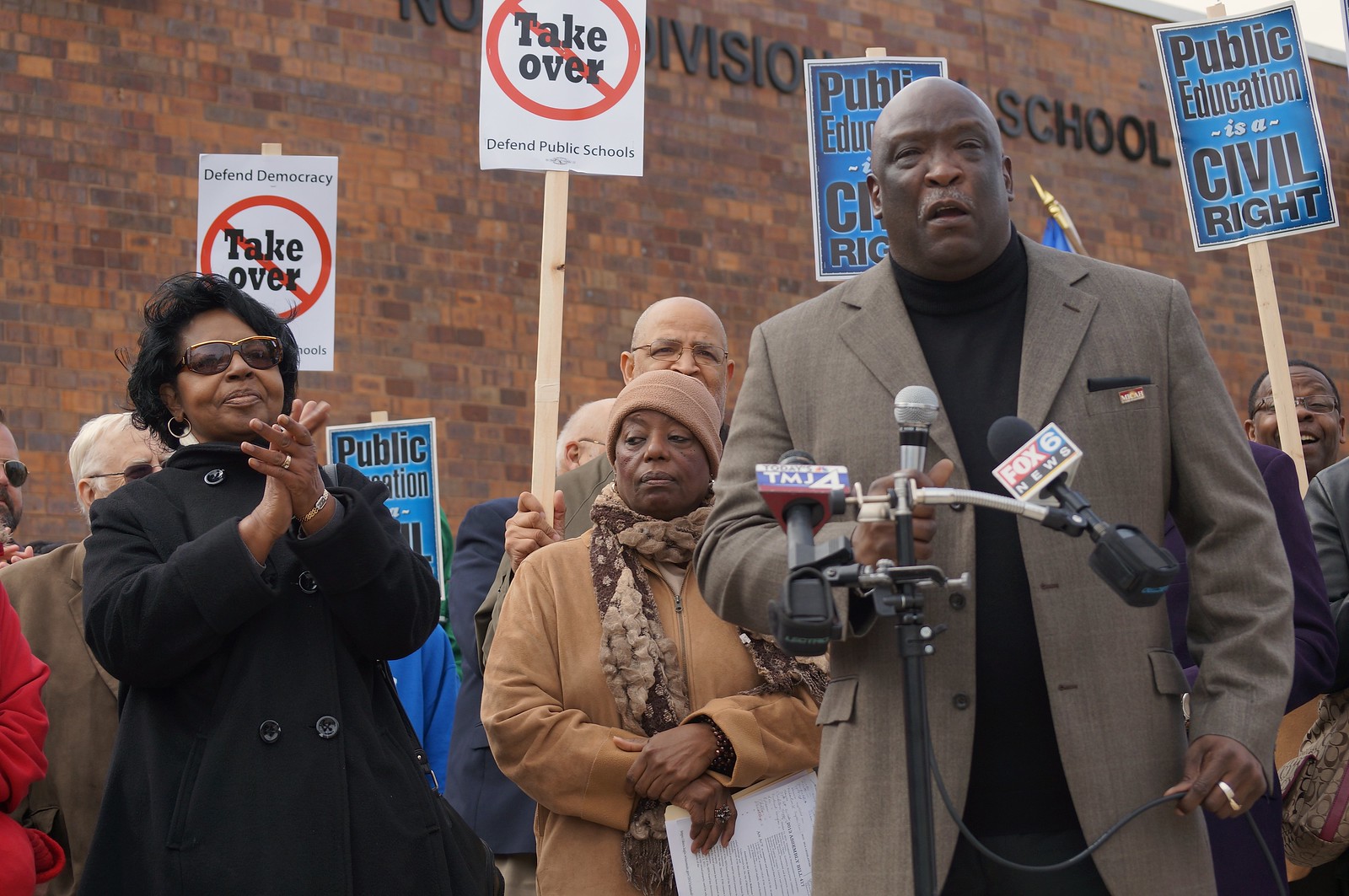 Milwaukee Inner-City Congregations Allied for Hope (MICAH) was founded in 1988, launching locally a new generation of congregation-based community organizing. An affiliate of the national Gamaliel Foundation, MICAH draws its organizing principles from the tradition of Saul Alinsky and his Industrial Areas Foundation. MICAH’s approach is to organize through member congregations (rather than the umbrella organization) and engage people in small teams that allow relationship-building and leadership development. Always with an eye to advancing specific proposals or “demands,” MICAH aims to bring about community-based change that builds toward a more just society.

At the heart of MICAH’s founding was a group of visionary clergy. When this interfaith group of faith leaders from the central city of Milwaukee formed MICAH in 1988, they chose Rev. Dr. James Leary of Calvary Baptist Church to be its founding president. Over the years, clergy and lay leaders emerged within MICAH to address a wide range of issues impacting the lives of people throughout the Milwaukee region.

The first major victory was the Banking Campaign, through which seventeen banks agreed to make more than $500 million of loans available in a defined area on the North Side of Milwaukee. Over the agreed-upon five-year commitment, these banks actually made over $700 million in loans, demonstrating that access to credit benefitted consumers as well as lenders.

The success of MICAH and the demonstrated value of having a vehicle for grassroots leadership development led to the creation of a statewide umbrella organization called WISDOM. Cities throughout Wisconsin now have “sister” organizations to MICAH. In the early twenty-first century, WISDOM, MICAH, and their partner organizations led successful statewide efforts to provide access to addiction treatment as a response to contemporary society’s pattern of mass incarcerations. Treatment alternatives to incarceration grew out of early successes MICAH enjoyed, including a Drugs & Crime Task Force, getting the Milwaukee Fire and Police Commission moved to a neutral meeting site, and other crime and policing-related efforts.

Education, jobs, immigration, and addiction matters remain at the heart of MICAH’s mission. “Empowering people to act together in the pursuit of justice” is MICAH’s stated purpose and is central to all that it does.