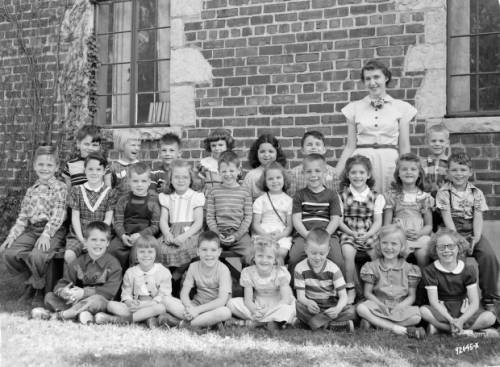 Kindergarten is a preschool education approach designed to transition children from home to school. “Kindergarten” is a German word that means “garden for the children.” It traditionally emphasized learning through playing, singing, drawing, and social interaction. The first kindergarten was established in Blankenburg, Germany, in the late 1830s.[1] In America kindergartens usually enroll five-year-old children, but by the end of the twentieth century some four-year-olds and a few three-year-olds attended kindergarten.[2]

Kindergarten remained largely unchanged until after World War II. The Cold War spurred the United States federal government to spend more money on public schools through the National Defense Education Act of 1958 and Project Head Start, which began in 1965. While kindergarten curriculum still emphasized play, it also shifted to skills that previously had not been taught until first grade, including reading, scientific observation and classification, social studies, and vocational education. The all-day kindergarten became commonplace by the 1980s as more women chose to work outside their homes.[9]