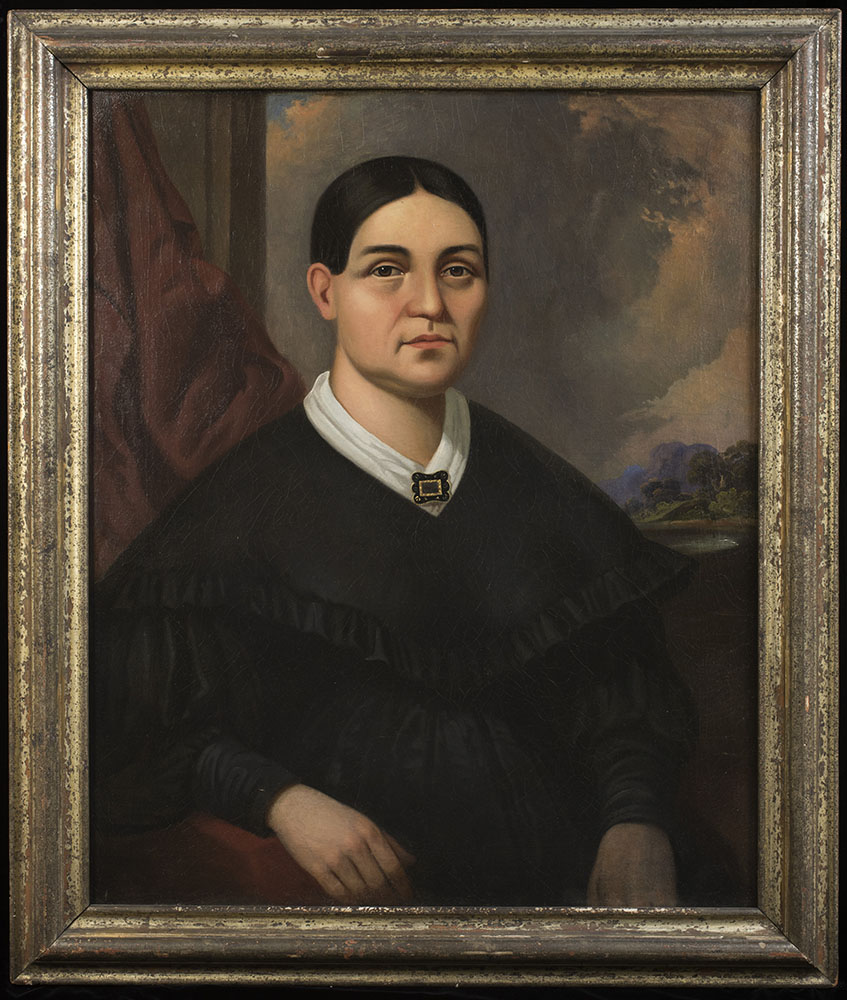 Josette Vieau Juneau (1804?-1855),[1] was the Métis “founding mother” of Milwaukee,[2] who midwifed the settlement, literally and figuratively, in its formative years—and was the grandmother of a Métis U.S. Senator from Wisconsin, Paul O. Husting.[3]

Menominee and French Canadian, she was born in Green Bay—when still called La Baye, a vestige of its Nouvelle France origins, before American control in 1815—but also grew up in Milwaukee, site of another of her father’s seasonal posts.[4] By 1818, Jacques Vieau hired French Canadian voyageur and clerk Laurent Solomon Juneau. He married the boss’s daughter in 1820.[5]

Fluent in French and Native languages, as he was not, she served as his interpreter, ran the post in his trips to trade with tribes, raised fourteen children, and was midwife to American newcomers.[6] They praised the “queenly presence” and “high courage” of the “brave-hearted”[7] and “most amiable and excellent woman.”[8] They credited her “calm and stoical self-possession”[9] for saving the settlement when she mediated peace with aggrieved Potawatomi. Although this was possibly an apocryphal account, it signified Métis wives’ role as “cultural mediators,” in providing economic alliances and access to tribal trade networks. However, Catholic Métis also married Frenchmen for religious reasons,[10] and her home hosted Milwaukee’s first mass.[11]

The Juneaus’ marriage was loving and lasted for decades,[12] despite losses, including her home. More than his politics, with election as the first mayor in 1846, his religion and her Métis heritage were less welcome in the city by mid-century.[13] In 1848, they moved to Theresa, Wisconsin. However, in 1852, for medical care, he brought her home to Milwaukee, where she died. He died a year later, almost to the day.[14]