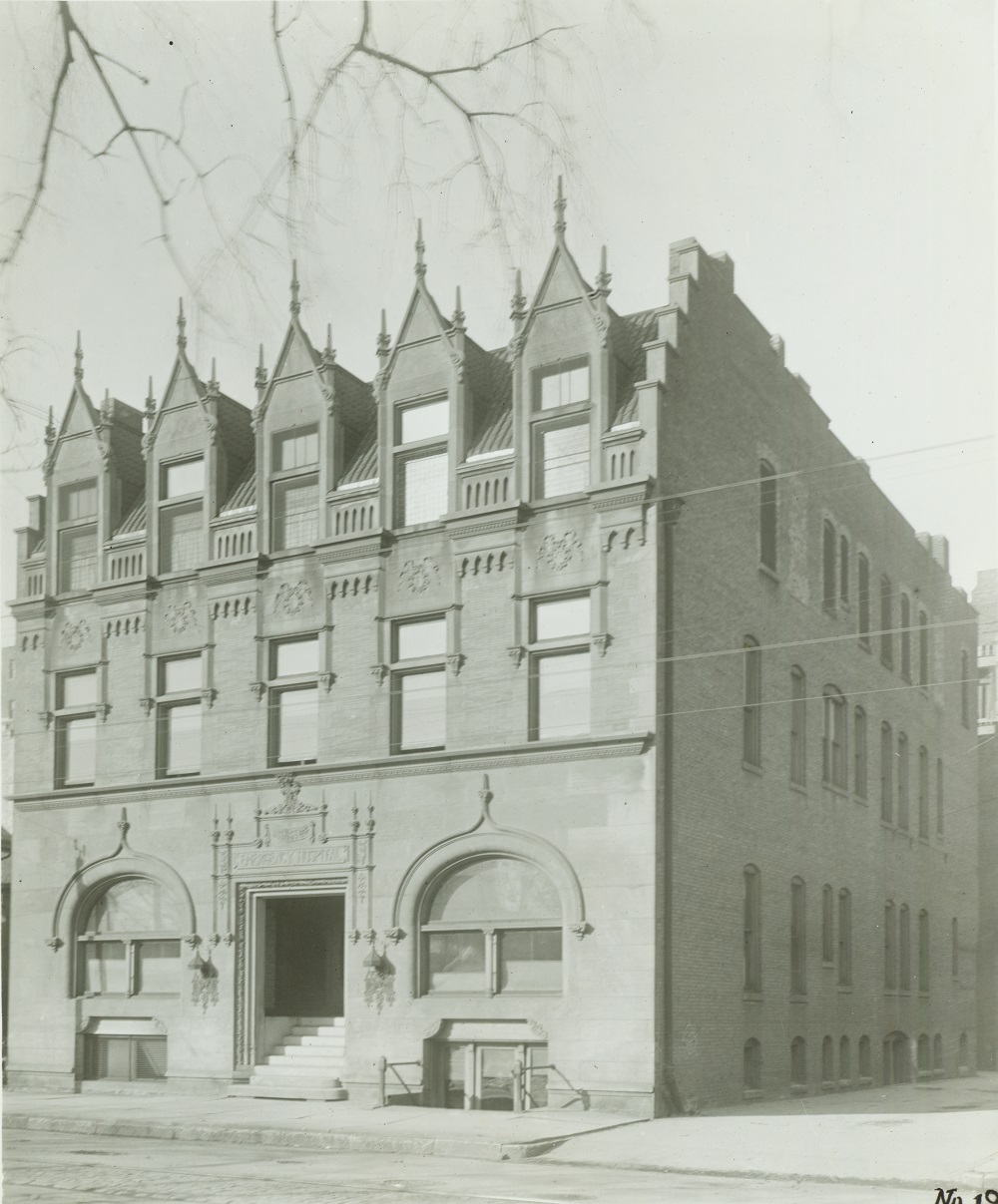 Johnston Emergency Hospital, established by the city of Milwaukee, opened in its permanent location on the corner of Third and Sycamore (now Michigan) Street in 1894. It provided emergency medical care in a twenty-four-bed facility.[1] The hospital earned a place in history on October 14, 1912, when a would-be assassin shot presidential candidate Teddy Roosevelt in the chest at close range. Roosevelt opted to deliver his speech as planned and then visited Johnston Emergency where doctors took X-rays and kept him overnight.[2] The hospital relocated to Milwaukee’s South Side in 1931, where it functioned as an emergency room and primary care provider before closing in 1978.[3]