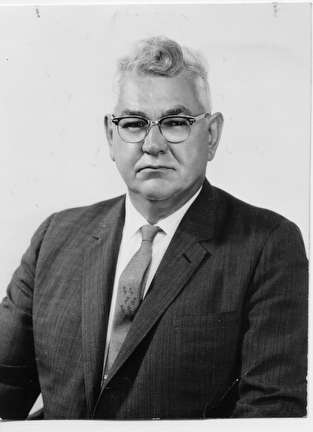 Harold Breier (1911-1998) was Milwaukee’s chief of police from 1964 to 1984, one of the longest tenures of chiefs of Milwaukee’s police department. He joined the department in 1940 at the age of twenty-nine. In 1943, after a brief stint in patrol, he became an acting detective and subsequently rose through the detective ranks until he became chief of police.[1] From his beginning as chief he was known as an authoritarian “law and order” leader who brooked no challenges to his rule from either inside or outside the department.[2] As such he was a polarizing figure: for many, his policing style maintained Milwaukee as one of the safest cities in the United States; for others, his tactics and utterances exacerbated a growing racial divide in Milwaukee. Breier’s influence on the police department and the city was to be felt into the twenty-first century.[3]